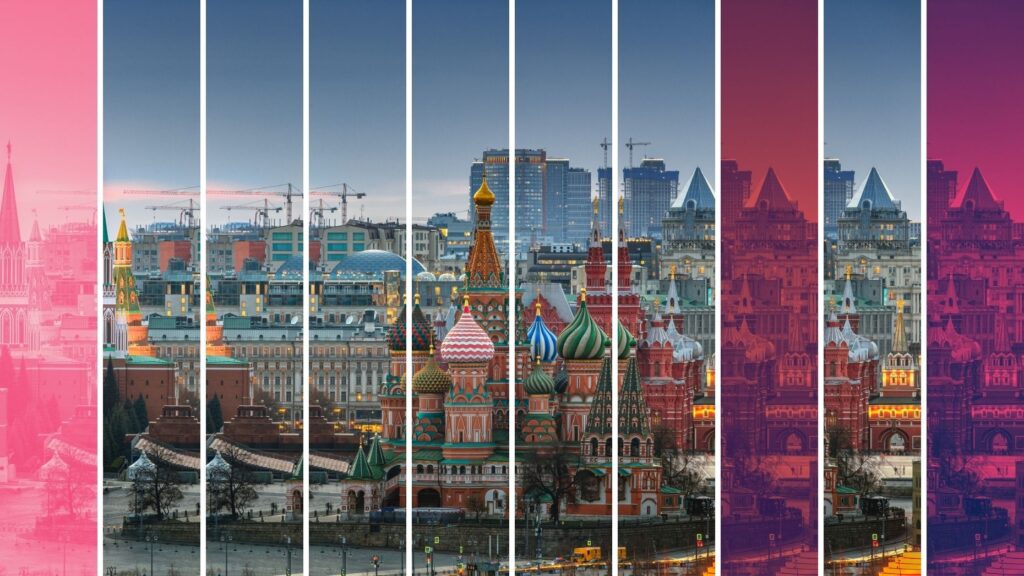 In response to Russia’s military invasion of Ukraine, Western sanctions are driving up mortgage rates in Russia to previously unseen levels. Inman spoke with Russian-based real estate insiders about how decades of gains are slipping away.

Russian real estate experts said this week that Western sanctions have plunged the country’s real estate market into a period of great uncertainty, threatening the mortgage market that underpins demand for homes throughout the country.

The Russian military’s ongoing efforts to topple the government of Ukraine by invading its neighbor drew backlash from the U.S. and its European allies, who imposed punishing sanctions designed to further isolate the Russian economy and place pressure on President Vladimir Putin. The Central Bank of Russia this week doubled its key interest rate to 20 percent to protect the value of the ruble.

This step could become a steep barrier to mortgage lending and lead to “tough and protracted stagnation” in the Russian real estate market, according to Marat Yarullin, head of the investment department for the Moscow Real Estate Company.

In recent days, the brokerage and property database for which Yarullin works in the nation’s capital has already seen signs of a short-term run on apartments by cash-rich Russians who, fearing inflation, would rather hold real estate than rubles.

But because this demand for apartments in Moscow is fueled by cash buyers, it’s unlikely to hold up for long, Yarullin said — especially with major Russian banks like VTB raising mortgage rates this week to as high as 15.3 percent.

“February 2022 will be remembered for a long time,” Yarullin wrote in an email to Inman. “It is difficult to imagine the consequences of what is happening — this has never happened before in Russian history.”

That’s saying something, considering the enormous upheaval that this home market has undergone since the fall of the Soviet Union, when most housing was owned by the state. Russia has since weathered multiple financial crises as it transitioned to a privately held housing market where apartment purchases could be financed with mortgage loans.

But the future of those loans — and the housing market that relies on them — is now in question as the West moves to limit Russian banks’ access to affordable credit.

These harsh sanctions, intended to pressure Putin to withdraw from his invasion of Ukraine, were expected to come with broad financial consequences for Russian residents.

Among those consequences, Russians might have to say “goodbye to mortgages,” at least in their current form, Oleg Samoilov, vice president of the Russian Guild of Realtors trade group, told URA News earlier this week.

“In recent years, mortgages have been a key tool for securing purchases,” Samoilov told the independent Russian news organization. “It is obvious that demand will undergo a vertical fall. At the moment, I suppose, all the leading banks will announce a sharp revision of the conditions.”

In the days since Samoilov’s comments were published, some of his predictions have already come to pass.

VTB’s mortgage rate hike to 15.3 percent amounted to 4 percentage points as the Russian bank suspended its refinancing operations. Other Russian banks are raising their rates by similar amounts, Yarullin said. And some stopped issuing loans altogether without even waiting on the Central Bank to raise the key rate, Yarullin said.

“Therefore, for some time, mortgages in Russia will die,” Yarullin concluded. “This means that after panic-stricken buyers spend all their hard-earned money on apartments, sales will drop sharply.”

Yarullin cautioned that this unprecedented situation makes forecasting difficult. But as long as mortgage rates remain this high, Russia’s home market “will inevitably suffer,” he said.

Government programs that support the Russian housing market were also thrust into uncertainty, as the U.S. and its allies moved to block the Russian central bank’s access to hundreds of billions of dollars of strategic reserves the country holds in foreign banks.

“In the current conditions, one must understand that the government is also left without money,” Samoilov told URA News. “It is not very clear how these programs will be financed.”

A spokesperson for the National Association of Realtors declined to comment on the economic consequences in Russia. The U.S.-based trade group maintains “a bilateral relationship” with Samoilov’s organization as well as 100 similar real estate groups around the world, the spokesperson said.

Without a robust consumer financing market or effective government support, Russian apartment owners and real estate agents could see decades of gains from modernization start to slip away.

Russia’s real estate market — like many others throughout the world — has boomed during the pandemic.

The cost of housing in Moscow is up 40 percent since February 2020, according to numbers provided by Yarullin.

“The strongly overheated market was kept only due to mortgages, which were record-breakingly cheap by Russian standards,” Yarullin wrote.

Mortgages were introduced to the Russian economy only after the fall of the Soviet Union, which had managed housing amid a slew of administrative planning issues, according to a 2007 study from the Helsinki School of Economics.

Russians were allowed to purchase their apartments after housing was privatized in 1991, but for years afterward, many households lacked the money. Russia established a framework for mortgage lending policies in 1996, but a robust mortgage market failed to take hold for years as the nation weathered major financial crises.

In 2004, Putin launched a nationwide affordable housing program, declaring mortgage lending a national priority. Mortgage volume started to escalate, and has continued to grow in recent years, according to numbers from the nation’s Central Bank.

But now, Putin may find his military aspirations in Ukraine could undermine this very housing initiative for years to come, among other deep disruptions to the Russian economy.

As military personnel and Ukrainian civilians continue to die in Russian-encircled cities from Kyiv to Kharkiv, the Western sanctions were designed to ensure the impact of the war was felt widely in everyday life in Russia.

After the initial shock wears off, Russian investors expect real estate prices to decline, even as prices for energy, metals and fertilizers rise, Yarullin told Inman. Stock in Russian developers was already trading lower even before Russia halted trading in its major financial markets.

“And this is logical: the sanctions are likely to lead to a decrease in the income of the population,” Yarullin wrote. “Moreover, due to high inflation, potential buyers will spend more and more money on essential goods and save less for large purchases.”

It remains unclear whether Western sanctions will succeed in their aim of pressuring Putin to reverse course on his decision to invade Ukraine, or how long those sanctions might remain in place.

But the pressure is on, and likely to be felt across broad swaths of the Russian economy, including its real estate market. 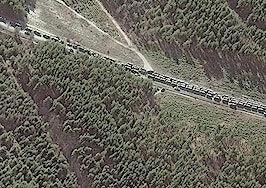