Ally announced a strategic partnership with Better in 2019 in which Better sells, processes, underwrites and closes Ally’s digital mortgage offerings, while Ally retains control of marketing, advertising and loan pricing. Hawaii, Nevada, New Hampshire and New York are the only states in which Ally has yet to provide digital real estate mortgages.

Ally Financial Inc. continues to make the most of its investment in Better Holdco as it expands its direct-to-consumer mortgage lending channel into Massachusetts, Vermont and Virginia.

Ally said Wednesday that it “continues to execute against plans to bring its modern digital mortgage experience to consumers in all 50 U.S. states,” with Hawaii, Nevada, New Hampshire and New York the final states to check off. Better Mortgage announced this month that it’s now licensed everywhere but Nevada.

Ally announced a strategic partnership with Better in 2019 in which Better sells, processes, underwrites and closes Ally’s digital mortgage offerings, while Ally retains control of marketing, advertising and loan pricing.

The partnership — which also included an investment in Better by Ally’s strategic investment arm, Ally Ventures — was initially piloted in nine states, with Better authorized to operate under the URL allyhomeloans.com.

According to Ally Financial’s most recent annual report to investors, last year Ally originated $10.4 billion in mortgages through its “powered by Better” direct-to-consumer channel. 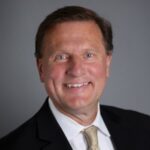 “Whether you’re a first-time homebuyer or a borrower with existing equity, purchasing a new home is an incredible milestone,” Ally Home President Glenn Brunker said in a statement. “Ally’s goal is to make the process as enjoyable and straightforward as possible with a modern, fast and digital-first experience that will now help more customers nationwide purchase the home of their dreams.”

Better has been making headlines of its own in recent months, laying off thousands of employees as it struggles to complete a deal to take the company public in a merger with a special purpose acquisition company, or SPAC. Better CEO Vishal Garg took a leave of absence after dismissing 900 employees on a Zoom call in December, and the company announced another 3,000 layoffs this month.