Divvy Homes purchases a home on behalf of its customers, who then contribute 1 to 2 percent of the home’s value toward a down payment while renting out the home. Rent payments are structured such that customers will have saved up for a 10 percent down payment on the home after three years, at which point, they can purchase the home, or walk away with their savings.

Agents can earn full commissions when working with Divvy Homes to get customers who don’t qualify for a mortgage into a home.

“We’re the first real estate platform that helps you save for a down payment while you live in your dream home,” co-founder and CEO Adena Hefets said last summer, when the company announced a $200 million Series D raise that valued the company at $2 billion. “We are a tech-driven real estate platform, not a rental business. We are a homeownership program, not a landlord.”

Hefets, who spoke to Inman about economic challenges for homebuyers and companies that serve them, will be speaking about alternative financing models Tuesday, April 19 at Inman Connect New York.

This interview has been edited for length and clarity.

Inman: We’re all aware of the ongoing big picture challenges for homebuyers, including rising mortgage rates and home prices in the face of continued inventory shortages. Are those business drivers for Divvy Homes?

Adena Hefets: Mortgage rates are going up and home prices have been rising pretty consistently over the last two years. The reason why that helps drive demand [for Divvy Homes’ services] is the more mortgage rates increase, and the more home prices increase, the harder it is to actually get a mortgage. And the reason why is because most mortgage originators have a fixed DTI [debt-to-income] ratio, which means they’re going to be able to buy less home. In addition to that, the down payment that they need has also increased. And so it causes people to seek out alternative forms of financing.

The lack of inventory is kind of a separate issue. I would say that there not being a ton of inventory, and people looking to be able to bid in a more competitive manner, causes people to use Divvy. However we’re still bidding in this environment, and so the lack of inventory also impacts us slightly negatively, where we are going to be bidding on a home. So the positive side of that is it’s a lot better to bid on a home with Divvy than it is to bid by yourself with the financed offer, because there’s just more contingencies. But I do want to acknowledge the fact that the market is really tight right now, and we’re being impacted just the same way that every single individual and any company you name is being impacted by low inventory levels. I’d say that inventory levels I expect will continue to remain tight, at least in the near term. Then maybe two to three years out, we might see some softening, or relief maybe is a better word to use. Relief as home builders bring on new inventory.

Higher interest rates can also make it more costly for companies to borrow. Divvy Homes announced $735 million in new debt financing last October. Are you set for a while, or is that something you’ll need to do again soon?

So we announced that we have I think $1.1 billion of total committed debt capital. And we do put in place hedges against interest rates rising, so that is something that we have in place to ensure that we can continue to provide access to homeownership for our customers, despite the fact that interest rates are increasing. However, I can promise you that at some point in the future, we are going to need a new facility. We’ve cleared out some of our warehouse facility capacity, but those warehouses only last for a certain period of time. So I think the answer is if you’re asking me into the future will the cost of capital potentially rise? Yes, down the road in the long term. I think in the short term, we have a tremendous amount of firepower and we’ve locked in what our interest rates are.

Could the war in Ukraine create more interest rate volatility?

I’d say Ukraine is concerning for two reasons. One, I just say the humanitarian aspect of it. We have employees who are Ukrainian who have family members who are in Ukraine and we feel for them. So I’d say on the personal side, I’m really just upset and saddened by everything that’s going on, and that’s kind of a separate issue from the impact on the global economy, which is it’s creating chaos, instability and volatility. We’re seeing it with the stock market reacting quite negatively. I think that the instability will cause energy prices to rise, and all of this will potentially have a negative impact on the macro economy.

How many agents is Divvy Homes working with now? In announcing Series D funding in August, you said you’d tripled the number of agents you’re working with during the past year, to 25,000, and that the goal was to “onboard every agent that wants to sign up.”

We’ve expanded quite a bit. I don’t know that we publicly released an updated number but it’s quite a bit higher than that at this point. And we’ve really put a lot of emphasis on making sure that we’re not just creating an agent success team, but also building out tools and resources for our agents that has been really important to us. So we’ve actually changed a lot of the ways that offers can be initiated through our portal to gather more data to be able to be more competitive in terms of bidding price, to give agents the most information possible, and collect as much information from them on the ground to be able to bid as competitively as possible.

And then in addition to that, we have built out what’s called an agent growth team and an agent success team. The agent growth team is in charge of just onboarding new agents. And that’s a team that has only been built out I’d say in the last six months or so. And then the agent success team, which is once you actually are onboarded onto Divvy, ensuring that you’re able to convert your leads to homes closed. Our goal is to support our customers, both with individuals to help them give them the support that they need. But then in addition to that, making sure we have the right software so they can follow their customers’ journey and be able to convert them alongside us. And so we have agent updates within our portal — the ability to initiate offers, pricing — and we’ll be working on a few more really interesting agent tools. We have two other really large products that are going to be released for agents in the near future.

We are still in 16 markets, and we do work with agents in [all of those markets]. Right now, our goal is not necessarily to expand a ton into new markets. That was kind of the focus last year and we did expand into a ton of markets, and now it’s about really driving deeper penetration within those markets. And so the focus primarily this year has been on being on the ground, building out communities and networks within each of the geos that we’re in and making sure that we have the right infrastructure on the ground in those markets. So no tremendous expansion plans for this year, although we’re always considering some new cities, but instead more focusing on driving deeper penetration in our existing markets.

I would say to give you a little bit of a preview for us the markets we were originally in were Ohio and Georgia and what we’re seeing is that our fastest growing markets are both in the Texas and Florida regions. Both have been really tremendous for us and they comprise a bunch of metros that are aggregated up to that state level and both of those are really budding communities for us.

The partner channel continues to be a really interesting growth avenue for us. We’re seeing strong traction generally in financial products. And so LendingTree being one of them that we’ve had a really strong partnership with MoneyLion being another one that we’ve had a partnership with for a little while now. We have a couple of really bigger partnerships that are on the come. One of them is more in the mortgage decline arena, and then one is a large online real estate aggregator. Both of those are kind of in the works but haven’t been announced yet. And so I think that’s an important channel for us. We’re super committed to making sure that we’re on any public sites or arenas where we can get distribution to customers. And I think that you’ll be hearing probably more announcements out later in the year about other larger partnerships that we’re striking

There was also talk of Divvy Homes exploring partnerships with homebuilders. Given that new home sales are expected to grow by 15 percent this year, it would be interesting to hear any news on that front.

However, we are working closely with homebuilders to make sure that when our customers do pick out one of the homes in their communities, that we’re able to bid on it and support that customer. And I think that home builders right now are seeing a bit of a resurgence. I would say five years ago was a really tough time for homebuilders. Right now, it’s kind of the glory times, I think, being in that industry, and it’s really exciting growth. As you know, most of their inventory isn’t coming online for a number of years, call it at least two to three, maybe slightly longer depending on supply chain issues. So right now we’re not seeing a massive boom in terms of the amount of supply that they have. 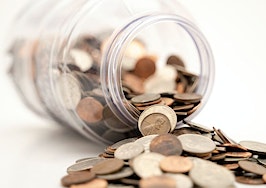 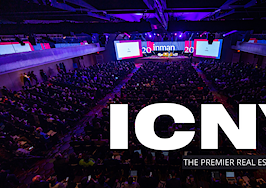 ICNY: 5 can't-miss sessions for agents
Back to top
Only 3 days left to register for Inman Connect Las Vegas before prices go up! Don't miss the premier event for real estate pros.Register Now ×
Limited Time Offer: Get 1 year of Inman Select for $199SUBSCRIBE×
Inmanpot
Log in
If you created your account with Google or Facebook
Don't have an account?
Create an Account
Forgot your password?
No Problem