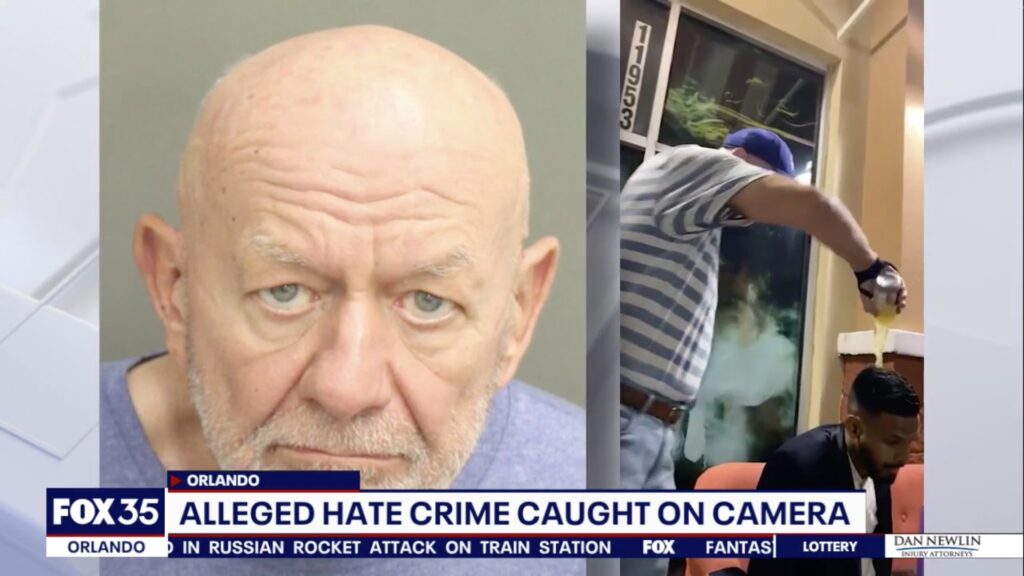 A Florida real estate agent is in custody and under investigation for a possible hate crime after allegedly attacking an Orlando man who is Muslim.

Victor Dubauskas, 72, was arrested on April 6 in Orlando after he allegedly poured his beer on and threw a beer bottle at Ghulam Shareef, who was in traditional Muslim dress.

“I was shocked. I was disheartened,” Shareef told a local Fox affiliate.

Dubauskas had allegedly approached a group of people outside a hookah lounge and questioned “where they were from and their religion,” singling out Shareef, who was not wearing the same type of clothing as his companions, according to the arrest report.

Shareef and his friends had just finished praying at a local mosque for the Muslim holy month of Ramadan, according to Fox.

Dubauskas allegedly said, “I have an issue with the Muslims sitting outside” before he then poured his beer over Shareef’s head and threw the bottle at Shareef as he left — behavior that was caught on video by one of Shareef’s friends.

“Everybody knows the holy month is going on,” a friend told the news outlet. “Alcohol is prohibited.”

As he got in his vehicle to leave, Dubauskas allegedly “told the group he was going to return and kill all of them,” according to the arrest report.

Dubauskas was arrested less than an hour later on charges of battery evidencing prejudice and assault. The incident is being investigated as a hate crime. He has pleaded not guilty, according to court records.

According to the arrest report, Dubauskas told sheriff’s officials that he takes medication for a bipolar diagnosis. The officer who interviewed him said Dubauskas gave “clear and concise answers and appeared to be in sound mind.”

Dubauskas has been a licensed real estate agent since 1999. His license is current, though inactive, according to the Florida Department of Business and Professional Regulation.

In a press release Wednesday, the Florida chapter of the Council on American-Islamic Relations (CAIR-Florida) called for an administrative probe of Dubauskas by the Florida Real Estate Commission and Florida DBPR and for the State Attorney for the Ninth Judicial Circuit, Monique H. Worrell, to seek a hate crime enhancement on the existing charges.

“There is frankly no room in Florida for the type of hatred allegedly being spread by a person like Dubauskas, who has reportedly been arrested before for a similar incident involving an African-American,” CAIR-FL attorney Omar Saleh said in a statement.

“I strongly believe that the Florida Real Estate Commission should not tolerate or accept licensees who exhibit such dangerous criminal conduct and will be seeking an ethics complaint.”

In a phone interview, Saleh told Inman that within the next week, the civil rights organization is planning to file complaints against Dubauskas with DBPR and with the local Realtor association under the National Association of Realtors’ hate speech policy, 10-5.

“Somebody like that I don’t think should be in the business,” Saleh said, adding that he was gathering evidence before filing the complaints.

NAR did not respond to a request for comment.

A DBPR spokesperson told Inman via email that “there are no disciplinary action or public complaints against” Dubauskas so far, adding, “Complaints against a license holder can be made online using the link HERE.”

Asked whether DBPR only pursues disciplinary action if there is an official complaint, the agency did not respond.

Saleh said he did not know whether Dubauskas is currently a Realtor. In an emailed statement, a spokesperson for the Orlando Regional Realtor Association told Inman via email that Dubauskas “is NOT an active member” of the association. Asked when Dubauskas ceased to be an active member, ORRA did not respond.

According to court records, Dubauskas has previously been arrested on assault charges at least twice before. In November 2015, when he allegedly attempted to leave a bar without paying his tab and the African American manager tried to collect payment at the door, Dubauskas allegedly struck him and called him the n-word. When sheriff’s deputies approached him, Dubauskas allegedly “made repeated racial, sexual, and anti-law-enforcement utterances.”

He pleaded guilty to the charges and was sentenced to probation, community service and treatment for substance abuse and anger management.

In July 2020, Dubauskas was arrested on felony battery and trespassing charges. According to an arrest report, he allegedly went into a restaurant and began arguing with patrons about politics. When a restaurant employee asked him to leave, Dubauskas called him a “Palestinian terrorist” and spit in the employee’s mouth.

Dubauskas pleaded not guilty to the charges and was on pre-trial release when he was arrested last week. That release was immediately revoked and he was ordered detained without bond.

Although Dubauskas is currently in jail, Saleh told Inman that Dubauskas had allegedly told Shareef and his friends that he was going to shoot up their mosque, so the mosque has been warned in case Dubauskas is released.

Regarding Dubauskas’ criminal history, Saleh said, “There seems to be a pattern and that’s a red flag.”

Dubauskas’s private attorney, Daniel Tumarkin, did not respond to a request for comment. 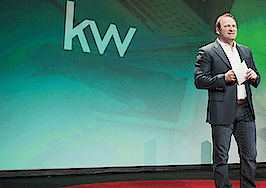 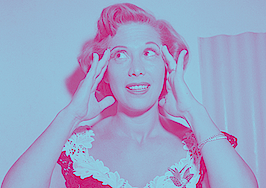 What is toxic femininity? Here's how to combat it in real estate 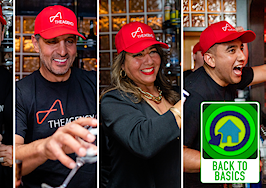 Creating change: A guide to getting involved as an agent 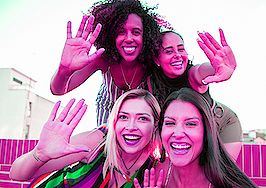 The gender problem: Getting past discriminatory practices