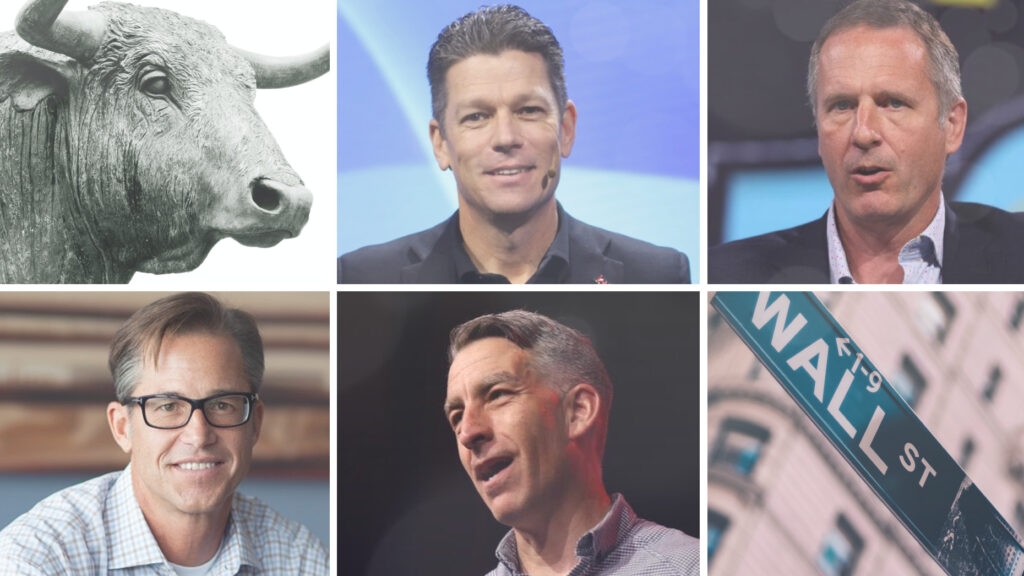 Many real estate companies did very well during the first quarter of 2022, but their leaders also repeatedly mentioned the specter of “headwinds” on the horizon.

Over the past two weeks, at least 11 major real estate companies published earnings reports. These reports outlined how the different companies performed during the first three months of this year, and for the most part they were upbeat. Generally these companies were able to plausibly make the claim that they were doing better now than they were a year ago. Their leaders were almost universally bullish on their prospects. Revenue was up.

There was also a sense of disquietude. Maybe it was the fact that, rising revenue notwithstanding, companies saw other metrics decline. Maybe it was the number of times the word “headwinds” came up during calls with investors. Maybe after two years of the pandemic, everyone is just tired.

But either way, this latest round of earnings had two big themes. The first is that the good times are still rolling. But the second is that they may not last much longer.

The good times are rolling

It can’t be stressed enough that this was, generally, a good earnings season for real estate companies. Zillow, for example, managed to reverse its catastrophic losses from one quarter earlier and actually turn a profit of $16 million. The mega-portal also raked in $4.3 billion in revenue, a 250 percent year-over-year increase.

Results at eXp Realty were similarly rosy: The brokerage increased its revenue 73 percent year-over-year to $1 billion and saw its gross profits increase 56 percent to $83.5 million.

Legacy companies had decent quarters as well. RE/MAX, for instance, grew revenue 25.9 percent year-over-year and managed to turn a profit of $1.5 million, up slightly compared to the first quarter of 2021. Keller Williams — which is not a public company and doesn’t release numbers on revenue and profitability — revealed that its agents did $108.4 billion in agent sales volume in the first quarter of 2022, a 10.5 percent year-over-year increase.

Finally, Redfin also had a good week. Though the company reported a net loss of $90.8 million, it also beat analysts’ expectations and earned $597.3 million in revenue. And that was apparently good enough for investors, because Redfin’s shares jumped nearly 10 percent the day after the earnings report came out.

The list of positive reports could go on, but the point should be clear now: Overall, the last two weeks have been a strong earnings season.

The iBuyers did especially well

One other thing deserves mentioning here: The iBuyers had a very good week.

First, Offerpad revealed that it had its second profitable quarter in a row, while revenue was also up a whopping 384 percent year over year.

In arguably even bigger news, Opendoor had its first profitable quarter ever. The company specifically took in $5.2 billion in revenue and logged a net income of $28 million.

That the iBuyers would be doing well wasn’t a foregone conclusion. Last fall, Zillow — then the second largest iBuyer after Opendoor — announced that it was getting out of the cash offer business. That news prompted a debate about whether iBuying itself is really sustainable, and if other companies might ultimately repeat Zillow’s stumble.

This week’s earnings report suggests that won’t be the case, and offers support for the idea that iBuying is here to stay.

The good times may not last much longer

Despite all of this good news, it was hard not to notice what seemed like warning signs in all of these earnings reports. In some cases, that was because company leaders explicitly mentioned trouble on the horizon. 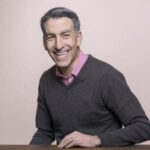 “The point of max suffering is when those best prepared for it will win,” Kelman also said. “Redfin has arrived at this point in our race.”

And Fathom Realty CEO Josh Harley said in a call with investors that “these market conditions are not good for the majority of real estate companies.” 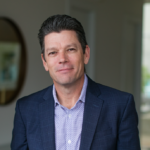 Many corporate leaders also brought up “headwinds.” EXp’s Glenn Sanford used the word. So did Zillow chief financial officer Allen Parker. As did Keller Williams’ Marc King. Other companies alluded to the concept, and in the end the word “headwinds” appears in a large majority of earnings stories Inman published over the last week.

To be clear, all of the executives who weighed in recently were bullish about the prospects of their own companies. But also seemed fairly unified in the idea that the housing market is heading into comparatively stormier waters.

In some cases, headwinds are already blowing. For instance, Move Inc. — parent to Realtor.com and itself a subsidiary of News Corp — saw its revenue increase during the first three months of the year. So that’s good news for the company. But the increase was modest, at only 5 percent year-over-year. And it was the second quarter in a row that the company saw such small gains. Realtor.com also saw drops in average monthly users to its websites and mobile apps, as well as falling lead volume. The company’s report noted that the numbers represented a “tough comparison to the prior year,” and News Corp CEO Robert Thomson mentioned “the ebb and flow of market forces.”

Move Inc. wasn’t just a one off.

Keller Williams also revealed in its report that despite rising sales volume, it also  saw a downtick in transactions, new listings and projected closing volumes.

Realogy — which reported earnings at the end of April — also had a profitable quarter at the beginning of 2022, but one that was slightly less profitable than the same quarter one year prior.

None of these numbers looks like an impending apocalypse. But they do hint at the possibility that the endless growth of recent years may be hitting its limits. 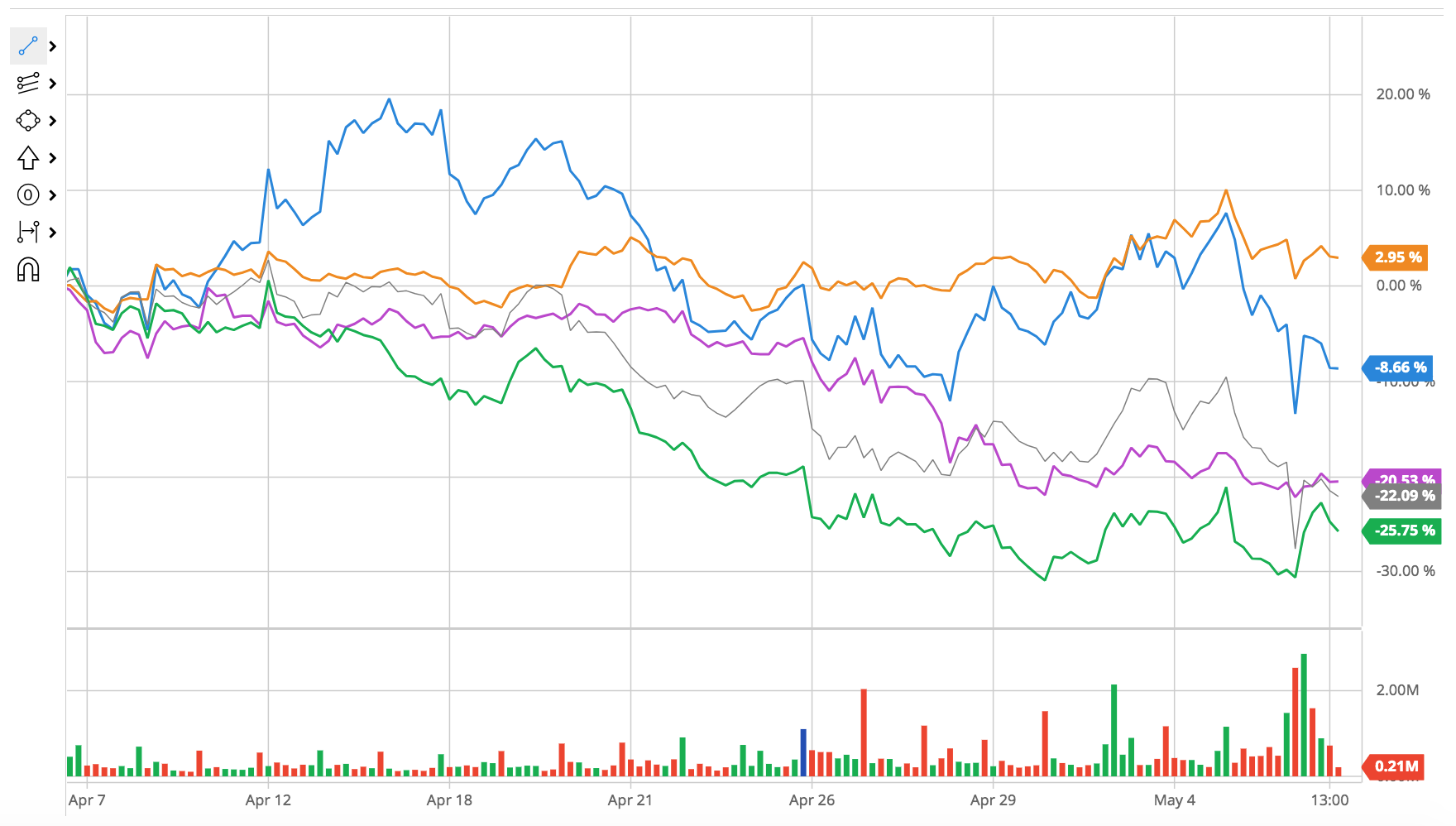 Investors also showed a mixed response to recent earnings. Though some companies including Redfin and eXp saw their share prices jump by meaningful percentages, others such as Offerpad and Realogy saw much more modest gains following their reports. Zillow and Opendoor also both saw their share prices fall — even though in the latter case Opendoor had its first profitable quarter ever.

Part of what’s going on may just be that the market generally has been hammered lately. But real estate company stocks have generally underperformed for more than a year now, and that doesn’t seem to be changing amid growing concerns about a recession, ever-rising mortgage rates and an inventory shortage that just won’t quit.

The takeaway, then, seems to be that investors, much like company leaders who shared their earning results recently, see headwinds on the horizon for the housing industry.

Read all of Inman’s first quarter earnings coverage below, and check back in the coming days for the final few reports of the season.

Zillow turns a profit in Q1 as housing market gets ‘choppy’

RE/MAX revenue jumps in Q1 thanks to rising home prices 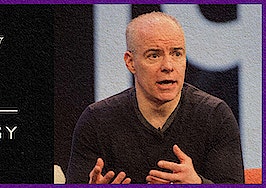 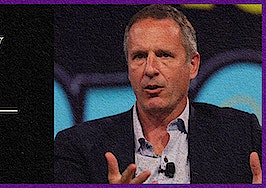 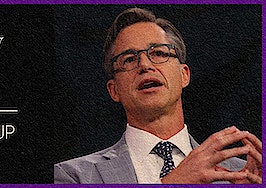 Zillow turns a profit in Q1 as housing market gets 'choppy'