The mortgage tech and title provider posted a $132.7 million net loss in the third quarter of 2022, with revenue falling 38 percent from a year ago to $55.3 million, according to an earnings call Thursday.

Mortgage technology and title insurance provider Blend Labs Inc. is laying off another 100 employees to stem losses driven by the toll rising mortgage rates have taken on demand for the company’s services.

Blend reported a $132.7 million third quarter net loss Thursday, with revenue falling 38 percent from a year ago to $55.3 million. Having posted losses every quarter since the company was founded in 2012, Blend’s accumulated deficit as of Sept. 30 stood at $1.082 billion.

As he did last quarter, when Blend posted a $477 million net loss, Blend co-founder and head Nima Ghamsari pointed out reasons for optimism, including the company’s $400.8 million stockpile in cash and marketable securities. While Blend has $225 million in outstanding debt in the form of a five-year term loan, it hasn’t touched a $25 million revolving line of credit that remains undrawn.

During the third quarter, Blend:

“We are executing well on what we can control,” Ghamsari said, which includes managing costs, enhancing pricing and diversifying revenue.

So far this year, Blend said it’s eliminated more than 500 positions, or nearly a quarter of the company’s workforce, with a focus on streamlining the company’s title operations to align with changing market conditions.

The latest round of layoffs, which will affect about 100 employees or 6.4 percent of Blend’s workforce, are expected to slash compensation expenses by about $7.1 million a year, the company said in a regulatory filing. Blend had previously cut 200 positions in April and another 220 in August, including the elimination of 80 vacant positions.

Thursday was the best day of the year for the share prices of many publicly traded companies, as an encouraging inflation report boosted stocks and sent mortgage rates tumbling. 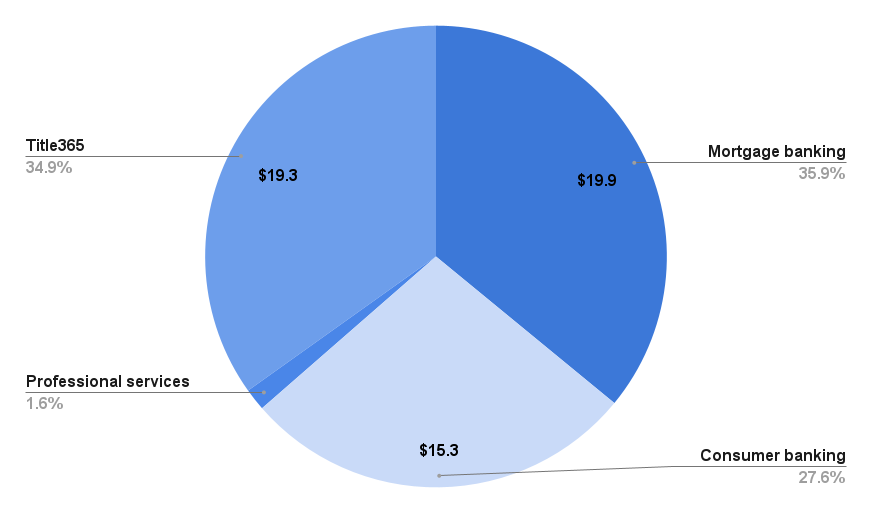 While Blend platform revenue from mortgage banking fell 27 percent from a year ago, to $19.9 million, revenue from consumer banking was up 132 percent to $15.3 million, driving year-over-year platform growth of 3 percent.

Blend’s national title insurance and settlement services business, Title365, drove much the company’s third quarter loss. While Title365 revenue was down 65 percent from a year ago, to $19.3 million, Blend also took a $57.9 million third quarter charge as it wrote off its investment in the company.

Blend acquired Title365 from loan servicing giant Mr. Cooper for $422 million last summer. But declining economic and market conditions prompted Blend to write down the value of Title365’s “intangible assets” by $391.8 million at the end of the second quarter.

The $449.7 million in impairment charges Blend has recognized during the past two quarters against the value of Title365’s goodwill and customer relationships “represented a full write off” of those investments that’s not tax deductible, the company noted.

Blend said it now expects to generate $235 million to $240 million in 2022 revenue, including up to $136 million in revenue from the Blend platform and $104 million from its Title365 segment. 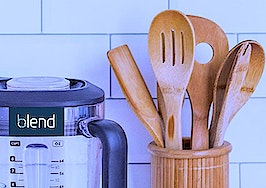