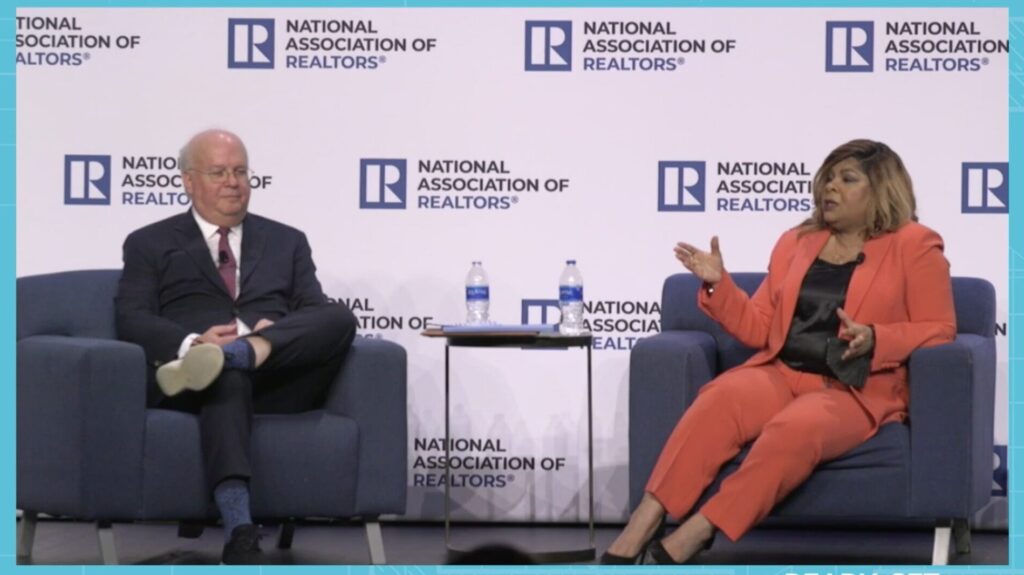 The midterm elections did not go as expected and that’s a sign the country’s politics are broken, according to political analysts on stage at the National Association of Realtors’ annual conference, NAR NXT, Saturday in Orlando.

Forum chair Ennis Antoine moderated the session and started by pointing out that the anticipated “red wave,” in which Republicans were expected to take over both chambers of Congress, did not materialize at Tuesday’s midterm elections, and asking for their perspective.

As of Saturday afternoon, control of both chambers of Congress was still up in the air, though news outlets would later report that Democrats had kept control of the U.S. Senate. Typically, the president’s party loses seats in midterm elections and the opposition party tends to gain control of Congress.

“Everybody walked away with something, but the politics of our country is broken and both of our political parties are in trouble,” Rove told attendees.

Ryan told attendees she thought recent elections have been so close between Republicans and Democrats because Americans are struggling in many areas of life, including inflation, ramifications of the COVID-19 pandemic, rising costs from Russia’s invasion of Ukraine, rising layoffs, and lack of housing affordability.

“I believe that this nation is looking for a silver bullet when we go to the polls because we are in a time that’s so tough we’ve never seen before,” Ryan said.

“We go to the extremes in these elections because we’re hurting.”

“We’re trying to figure ourselves out,” she added. “We’re looking for the brass ring to get us out of all this and what’s unfortunate is … it’s going to get worse before it gets better.”

Ryan pointed out that elections between traditional and non-traditional candidates have been in some cases too close to call — an example being the Senate seat fight between Raphael Warnock and Herschel Walker in Georgia.

At the same time, Rove attributed Republicans’ relatively lackluster performance to a lack of candidate quality and the influence of former President Donald J. Trump.

“Midterms are a referenda on the president’s party and this turned into a choice election because we had Donald Trump on the stage for a lot of the campaign,” Rove said.

“He went in and endorsed, in a high-profile way, candidates for office, making them his people, and making it a Biden vs. Trump choice in those states, many of them.”

And after the FBI raid of Trump’s Mar-A-Lago home in August, Trump dominated the evening news instead of inflation, according to Rove.

“Biden became irrelevant to the election,” he said, noting that people decided they wanted to express themselves against Trump in their voting choices, including 16 percent of Republicans in Arizona who voted for the Democratic candidate for Senate, Mark Kelly.

“If it’s a choice election it benefits the Democrats and if its a referenda election it becomes an advantage to the Republicans.”

Republicans lost among a crucial voting bloc — independents — due to candidate quality, according to Rove.

“You’ve got to have somebody who’s credible in talking about the issues in order to win the vote. We had too many candidates who were knuckleheads,” he said, causing some in the audience to laugh and applaud.

Rove opined that the Dobbs decision ending federal abortion rights energized some voters in July, particularly Democratic women who weren’t enthusiastic about President Joe Biden, but said its impact in the midterms was limited to places where abortion was directly on the ballot, such as Michigan.

Rove praised Realtors for their support of quality candidates and for NAR’s “enormously successful” political action committee, RPAC. NAR focuses its lobbying efforts on candidates that support pro-homeownership policies, regardless of their stance on other issues — which is controversial among many of NAR’s nearly 1.6 million members.

Both he and Ryan urged Realtors to remain involved in the political process.

“If you’re not involved, who’s going to be involved?” Rove said.

Ryan pointed to a shortage of affordable housing units and rising housing costs as reasons for Realtors to be part of the political process.

“You are more important than you know,” she said. “You help us get the American Dream. It’s important that you … be able to tell the politicians, to tell the Fed, what’s not right or what is right.”

The crowd gave Ryan and Rove a standing ovation as they left the stage.

The discussion between Rove and Ryan on Saturday came as Republican elected officials took to the airwaves on Sunday during the morning talkshow circuit to distance themselves from Trump’s pull on the party, with Senator Bill Cassidy of Louisiana and Senator Tom Cotton of Arkansas both signaling that the former president’s hold on the party may be having adverse effects.

“We’re not a cult. We’re not like, OK, there’s one person who leads our party,” Cassidy said Sunday on NBC’s “Meet the Press,” echoing similar remarks from Cotton on CBS’s “Face the Nation.” 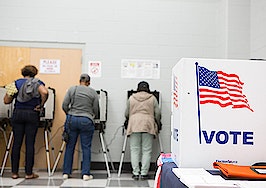 Amid COVID, Americans relocated to battleground states in droves 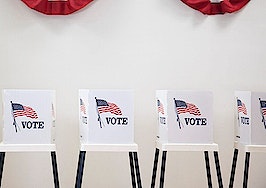 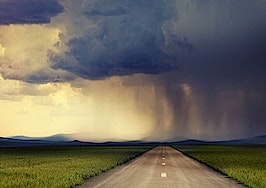