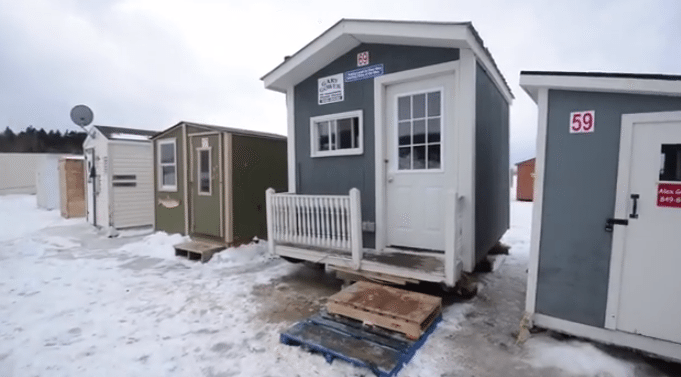 For his first two years in the business, Jake Palmer focused on cultivating the perception that he was just the right real estate agent for “absolutely everyone.”

But he later realized it wasn’t worth trying to please all types.

“If I’m going to be skipping a family function or bed time or supper time with my kids then I would just as soon be with clients that I’m going to enjoy spending time with,” said Palmer, an agent at Re/Max Professionals Saint John, a brokerage located in the city of Saint John in the Canadian province of New Brunswick.

That realization armed him with the confidence to pursue some of the offbeat marketing stunts that he’s used to make a name for himself — the latest of which won him Inman News’ latest #madREskillz contest.

Palmer recently began aggressively marketing a listing that he describes in a video tour as featuring an “open-concept living-kitchen-dining room area.”

The $2,500 listing, which is not a complete joke (Palmer is genuinely representing the shack for its owner), was removed from the local multiple listing service by the Saint John Real Estate Board, which claimed the property did not meet its definition of “real estate.”

But the video and listing, still posted on Palmer’s website, have already produced the intended effect, bagging him eight leads so far, he said.

Palmer said he wanted the video — which features an ice fishing shack that’s part of a community of about 40 others on a stretch of the Kennebecasis River in Rothesay, Canada — to broadcast not just his personality but also the quality of marketing content that viewers could expect him to produce if they hired him.

“As goofy as it was, I wanted people to look at that listing and see really good pictures and well-done descriptions and just see a really good presentation of a listing on my website,” Palmer said.

Palmer hosted the video and wrote copy for the listing description, while a professional videographer shot and edited the footage, he said. But the video’s satirical flavor constitutes its primary appeal.

“There’s certainly the perception that agents ‘oversell’ properties, and I wanted to play with that a little,” he said.

Palmer’s listing may have charmed some, but not enough to earn it exemption from MLS regulations.

Palmer anticipated that his MLS might block the listing. To maximize the chances that it wouldn’t draw close scrutiny, he submitted a basic version of it at 4:25 p.m. on Friday, he said. He then waited until after the MLS approved the listing and closed for the weekend to upload photos to the listing.

“I put it through Friday hoping it wouldn’t get noticed,” he said.

The listing was able to stay live on the MLS all through the weekend and most of Monday before the MLS removed it following complaints from some agents, Palmer said.

That exposure, along with promotion on Facebook and Palmer’s website, sent the video viral locally, he said.

In an email to Palmer, an MLS representative applauded his creativity but informed him that the listing did not meet the board’s definition of “real estate.”

Though the MLS permits “movable dwellings,” they must be designed for use as a permanent residence.

As Palmer’s website notes, the ice fishing shack “must be moved prior to closing, preferably before spring thaw,” when it and its neighboring sheds will sink to the bottom of the Kennebecasis River if not moved by their owners before the ice melts.

Palmer said he didn’t think it would be completely out of line to post the listing because he’s seen hunting shacks listed on the MLS that require removal before closing (much like his ice fishing shack).

“I probably won’t list a dog house midsummer no matter how inclined I may be,” he joked. “Even though it would be a ‘dwelling’ … I don’t necessarily want to end up in front of the Realtor board.”

Listing an ice fishing shack in the MLS is only the latest stunt Palmer has pulled to generate buzz.

For one listing that had idled on the market for a while, Palmer began attaching a different rider to its for-sale sign every week. The riders, which included “indoor plumbing,” and “not haunted,” attracted national media coverage.

For a listing that sat on the market for three years before finally selling, Palmer responded to his client’s request to hang a very large “sold” sign by attaching four “sold” rider signs to it.

Palmer is currently representing the home of his childhood nanny. He’s not shy about his relationship with the home.

“Looking for an older home character, lots of space, and a great layout? Then buy my Nanny’s house!” reads the listing, which has so far not generated any trouble with the MLS.

“I’m sure there’s a percentage of the general public that might choose not to use me because of things that they view as a little bit goofy,” Palmer said. “At the same time, what it generates for me is business among like-minded people — people that don’t necessarily want a stuffy suit-wearing real estate agent.” 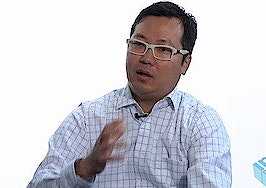 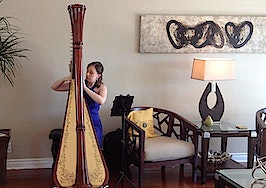 Open house stunt nets 1 offer on house, 2 offers for husband-and-wife team
Back to top
Inman Connect Las Vegas Memorial Day sale – 44% off exclusively for Select subscribers!Register Now To Save×
Limited Time Offer: Get 1 year of Inman Select for $199SUBSCRIBE×
Inmanpot
Log in
If you created your account with Google or Facebook
Don't have an account?
Create an Account
Forgot your password?
No Problem