As Zillow Group and multiple listing services (MLSs) have been scrambling to come to terms over direct feed agreements ahead of today’s deadline, a couple of deals — one successful and one unsuccessful — show what’s at stake for brokers and MLSs.

Inman spoke to the CEOs of two large MLSs — Lisle, Illinois-based Midwest Real Estate Data (MRED) and San Diego-based Sandicor — to discover the terms that were and were not sticking points in negotiations with the portal behemoth.

In the past few days, Zillow Group has announced that 46 MLSs, including some of the nation’s largest, have signed deals to send their listings to the nation’s two most-popular portals directly.

The agreements bolster the company’s claim that Zillow and Trulia will have a greater percentage of all active listings on April 8 — the day after their deals with the ListHub listing syndication platform end — than the two sites had on Jan. 1, before news first broke that Zillow and ListHub would not be renewing their contract.

It is still not clear whether Zillow and Trulia will be in better shape as stand-alone sites when their dependence on ListHub for a chunk of their listings ends. ListHub is owned by Move Inc., a News Corp. subsidiary and operator of Zillow and Trulia rival realtor.com.

At least a couple of MLSs have not come to terms with Zillow Group, however: Sandicor, which has around 18,000 members, and Cary, North Carolina-based Triangle MLS, which has more than 8,000 members.

On Friday, Sandicor notified its broker members that it had not reached an “acceptable” agreement with Zillow Group on terms developed by a 15-member broker group representing brokerages of all sizes.

“Unfortunately Zillow was not agreeable to those terms and appeared to be unwilling to consider much beyond their terms. We revised the agreement such that we felt we addressed some of Zillow’s issues, at which point we were told they didn’t have the legal resources available to discuss it any further,” Sandicor said in an email.

“We then tried to negotiate an interim agreement, which also was not successful. While Zillow does not have the resources to negotiate with us at this time, we have not given up and will endeavor to work on an agreement that is acceptable to all parties.”

Zillow Group declined to comment on specific terms of its agreements with MLSs. In a statement, the company said, “We don’t discuss specifics as we negotiate with partners, but we do hope to quickly reach an agreement that meets the desires of Sandicor’s board. We’ve successfully come to terms with more than 130 MLSs in recent weeks and have a large technical and legal team in place to meet the demand.”

According to Sandicor President and CEO Ray Ewing, some of the sticking points in the negotiations included these items:

Sandicor asked for another key term — that the MLS’s 8,000 or so active residential listings not be automatically included in the feed, but only when brokers expressly chose to opt in — but that was not a point of contention with Zillow, Ewing said.

Both sides say they still hope to come to an agreement. In the meantime, Zillow Group said it has agreements with many brokers in San Diego, including NRT, Berkshire Hathaway California Property and Windermere San Diego Properties.

“However, it is incredibly important for area brokers of all sizes — and for their agents and the home sellers they represent – to be able to market their listings to San Diego’s largest audience of home shoppers, and we are working hard to help the MLS realize that opportunity,” the company said.

Sandicor has provided its members with options for posting their listings to Zillow, including via Zillow Group’s listing syndicator Postlets, manually, or with an XML file.

Sandicor is not currently offering its brokers a direct feed of their own listings to share with Zillow because that would be “a huge thing to manage” and Sandicor does not quite trust the agreement Zillow asks brokers to sign, though the MLS might offer that option if there were “extenuating circumstances,” Ewing said.

Triangle MLS President and CEO Tessa Hultz declined to comment while the MLS was still in good-faith negotiations with Zillow, but said the MLS is providing brokers with the information they need to set up direct feeds of their own listings while negotiations are ongoing.

On the other side of the coin, Chicagoland’s MRED offers up what a successful deal can look like.

MRED, which has about 40,000 members and 80,000 active residential listings, negotiated a two-year direct feed agreement that some of its brokers noted was even better than what they had negotiated with Zillow, said MRED CEO Rebecca Jensen.

She wouldn’t be surprised if some brokers with direct-feed deals chose to use MRED’s feed instead “because we do have better terms than we had before,” Jensen said.

While some MLSs have decided not to negotiate direct-feed agreements with Zillow Group at all, MRED felt that not replacing the ListHub option “would actually be removing services that we have provided for years and that would create fewer options for our brokerages,” Jensen said.

Instead, of leaving the MLS’s brokerages on their own to figure out terms and technology, MRED decided to “improve the status quo,” she said. 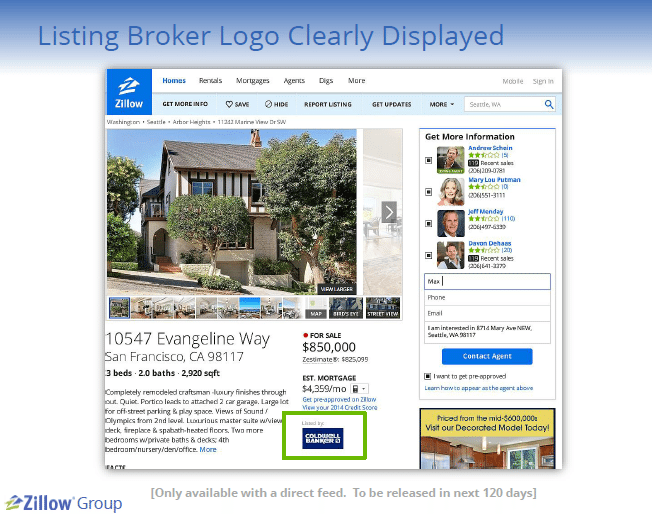 While Zillow Group covers the cost of feeding the company data for some MLSs, Jensen said “there’s no money changing hands with respect to this agreement.” 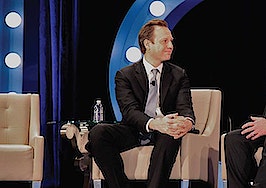 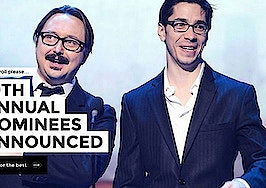 Zillow, Porch and rental websites nominated for 'Webbys'
Back to top
Only 3 days left to register for Inman Connect Las Vegas before prices go up! Don't miss the premier event for real estate pros.Register Now ×
Limited Time Offer: Get 1 year of Inman Select for $199SUBSCRIBE×
Inmanpot
Log in
If you created your account with Google or Facebook
Don't have an account?
Create an Account
Forgot your password?
No Problem