In recent years, the idea of MLSs “leveling the playing field” between real estate brokers has been controversial. Some large brokerages objected to MLSs providing services and tools that their brokers would otherwise offer to agents and consumers to differentiate themselves.

In recent years, the idea of MLSs “leveling the playing field” between real estate brokers has been controversial.

Some large brokerages objected to MLSs providing services and tools that their brokers would otherwise offer to agents and consumers to differentiate themselves.

But to Redfin, a brokerage in more than 80 markets across the country, there is at least one area where “leveling the playing field” is welcome: real estate data standards.

Redfin has the most highly-trafficked brokerage website nationwide, and data standards will help virtually all brokers more easily provide the kind of data to consumers that Redfin.com currently does.

Why is that a good thing?

The argument for standards

In a webinar this week, Redfin CEO Glenn Kelman emphasized that his company’s success is dependent on the health of the industry infrastructure that underlies it.

“Our main anxiety is actually that we belong to a cooperative, the MLS, that every broker has to support,” he said.

“We made our bet 10 years ago that this was the best way to get listing data and that the best listing data was the only way to build a good site, so our concern is really focused around the ecosystem.

“We want to see as many brokers as possible build really great listing websites to, obviously, attract buyers, to promote their own listings, to build a business.

“So I think that everything that’s happening right now to make it better for brokers to build listing search is good news. I never thought I’d say that, but I really believe it.”

Later, Kelman told Inman, “I think it’s fine for brokerages to share technology via the MLS or other industry groups so we can all build better sites.

“We all have to work together to share listing data or to close a sale, so Redfin’s concern can’t just be for itself but for the whole ecosystem our company has invested in, which is increasingly a digital ecosystem.”

How standards will help cut costs

The standards developed by the Real Estate Standards Organization (RESO) are designed to allow MLSs, brokers and technology vendors to exchange real estate data in a common format without having to re-map the data to the specific format of every one of the nation’s 750 or so separate MLSs.

“The primary driving factor behind RESO is the fact that brokerages in this country are facing a lot of pain when it comes to moving data around,” said RESO Chair Art Carter in the webinar, “New Data Services for Brokers to Improve Consumer Experience.”

RESO: Brokerages are ‘facing a lot of pain when it comes to moving data around’

In a recent survey of brokerages conducted by WAV Group, more than a third reported having to transform data from the MLS into six or more applications, according to Carter. 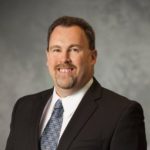 “That’s quite a bit of work that has to be done. Costs are incurred by the brokerages. The ease of transferring that data and getting at it in a different way is very important from our standpoint,” he said.

Nearly a fifth of broker respondents, 19 percent, said the biggest problem that they have is dealing with inconsistent data fields from one MLS to another, he added.

Kelman said he was excited by the RESO standards, which would benefit his company as well as other brokers.

“We would especially be interested in automating the upload of data, just so that we can get listings into the MLS faster,” he said.

According to Carter, 91 percent of brokers surveyed felt that data standards were “absolutely critical” to their business.

Jeremy Crawford, RESO’s executive director, declined to say how many brokers responded to the survey, saying the survey was for internal purposes and not a scientific study.

Redfin got its start by putting itself on the map — literally. Kelman said the company invented map-based real estate search and capitalized on that innovation by building a brokerage.

“Our first competitive asset has always been being able to initiate a relationship with a consumer through our site, and our site has continued to grow, mostly because the MLSs have provided the best listing information and we have been able to deliver that very quickly to all of our homebuying customers,” he said.

Speed is the No. 1 focus of the Redfin engineering team, which the company has used as a “competitive weapon,” according to Kelman.

“That conveys an advantage to any broker who is really focused on speed just because Google’s index notices it and will link to the websites that show listings first.

“My basic argument is that you don’t have to get fancy with a real estate website, you just have to show listing data as completely as possible and as quickly as possible,” he added.

“Every time we screwed around with the website where we thought people wanted to see other types of information, it turns out pretty pictures of homes for sale is the No. 1 draw on the website, and the sooner we can engage people in the process of looking at listings, the better we do.”

Redfin doesn’t aspire to be first in Google’s search results, he said, but the company does want to get more site traffic every year.

“I think all of us [brokers] can do it. There’s plenty to go around,” he said.

Kelman acknowledges he wasn’t always so cooperative. When Redfin first launched, Kelman was coming from the world of software, not real estate.

“We kind of came in ornery and didn’t really understand the real estate business,” he said.

“I would have been better served to have listened first, to have understood the business better before challenging rules around data sharing or calling out folks in the industry.

“I just think that was a terrible mistake and no one was responsible for it except me.”

Later, he brought up the example of Redfin’s effort to publish data on all real estate agents’ sales, whether they worked for Redfin or not.

“This was consistent with Redfin’s mission to put the consumer in charge but wasn’t respectful of the other brokerages with whom we share data,” he said.

“I still think the brokerage industry should be the one to share data about agent performance, but wish I had approached Redfin’s take on that more cooperatively.”

“It’s pretty refreshing to hear a leading brokerage embrace something that does, in a way, elevate the entire industry even though you’re already a leader by having accomplished this already,” Victor Lund, the webinar’s moderator, told Kelman. 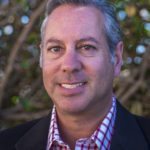 Lund added that the webinar’s other panelists — Carter, who is also CEO of California Regional MLS, and Chris Bennett, general manager of CoreLogic’s real estate solutions — have also done their part to support data standards.

CRMLS’s adoption of data standards “effectively mute their competitiveness in the market because they don’t have this unique data profile,” Lund said.

“They have almost an open-source data profile, but oddly enough that has made them more effective because they’ve embraced this uniformity.”

And CoreLogic has created Trestle, a marketplace where brokers and technology companies will be able to request access to standardized data from as many as 300 MLSs as well as several additional datasets offered by CoreLogic. It will launch at the end of this month.

“One of the decisions that CoreLogic has made is that you don’t have to be a CoreLogic market to enjoy Trestle,” Lund said.

“Trestle is a free service and it can be a Paragon market, an FBS market, a Rapattoni market. Any MLS may agree to contribute their information to the Trestle data aggregation and make that service available to their members at no cost.”

Giving consumers what they want

For Bennett, adoption of data standards is about keeping agents and brokers valuable in the eyes of consumers long term. 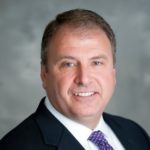 “Consumers are hungry for information, they’re gaining more and more access to information, and we have to figure out how we can make sure that we stay for our clients at the center of the transaction, so they see the value of working with a real estate agent and that broker,” he said.

“As Glenn said, you have to have the most accurate information when you’re dealing with consumer websites,” he added.

“You’re going to be able to come to us to get on- and off-market listings from across the country from any MLS and any broker that wants to participate [in Trestle].”

CoreLogic will standardize anyone’s data to RESO standards because it will encourage innovation, Bennett said.

“Even though we have the lion’s share of markets and data, it still will benefit us as well as other vendors in the marketplace,” he said.

“We don’t see it as a threat. We see it as a way to truly be able to drive innovation and have better solutions that keep all of us in this real estate industry and not be disintermediated because we’re not providing the level of service that the consumers need.

“So we think it’s a win-win for everyone.”

Editor’s note: This story has been updated to note that RESO declined to comment on the number of brokers who responded to an internal survey. 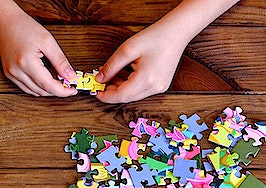 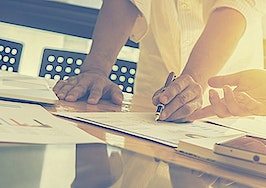 What would real estate look like without MLSs? A lesson in branding 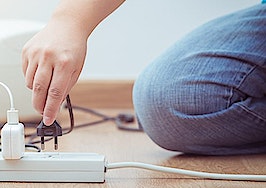 RESO's web API will make your life easier -- here's how