An agent hears about a new real estate tool that she thinks will help her business. But when she tries to buy it, she gets the bad news: the tool is not available in her market because it relies on MLS data, and the vendor has yet to partner with her MLS.

An agent hears about a new real estate tool that she thinks will help her business.

But when she tries to buy it, she gets the bad news: the tool is not available in her market because it relies on MLS data, and the vendor has yet to partner with her MLS.

That scenario is likely to become less common if both MLSs and vendors take a crucial step — one that is required for all MLSs affiliated with the National Association of Realtors (NAR).

That step is to adopt a standardized web API (application programming interface) to enable the easy transfer of real estate data between MLSs and vendors without vendors having to copy and store the data on their own servers.

NAR required all of the 700 or so Realtor-affiliated MLSs to adopt a web API from the nonprofit Real Estate Standards Organization (RESO) by June 30. 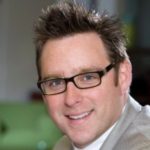 “Not having to download data saves the person accessing the data time and money as well as they [no longer] have to store it on hardware and keep it up to date vs. accessing it in real time on the fly,” Jeremy Crawford, RESO’s executive director, told Inman via email.

“The API is extremely powerful for the mobile world with real-time access.”

Whether most MLSs have adopted the API as required is an open question. NAR policy does not require the MLSs to obtain certification from RESO that they’ve adopted the standard correctly.

RESO is currently actively working with over 200 MLSs to ensure adoption is correct, Crawford said.

At least some larger MLSs representing nearly 200,000 agents and brokers have obtained certification for the requirement so far:

“This API is something that any software developer off the street would be familiar with,” Dave Wetzel, MLSListings’ chief technology officer, told Inman.

MLSListings was the first to get certified and helped develop RESO’s Web API standard. 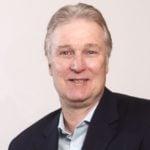 “So if you were going to create or enhance an application as a vendor, your software developer is going to be able to use this API a lot easier” compared to an older RESO standard called RETS (Real Estate Transaction Standard), which is very specific to real estate, he said.

Tech vendors receiving MLS listing data feeds via RETS often have to store that data on their own servers and constantly check the MLS for updates, which can be both inefficient and costly.

“Imagine if you’re a broker or an agent and you have your own website set up and you have an IDX search on that website,” Wetzel said.

“With a RETS IDX feed, they’re probably querying our system every five minutes or every 15 to 20 minutes, but that’s going on 24 hours a day, seven days a week.

“What they really need is they need to be able to, [if] someone goes to their website and someone does a search in a particular area, at that moment you need the data. You don’t need the data every 15 minutes.”

An API allows a site or a tool using MLS data to ask the MLS for just the specific data it needs at the moment a user is asking for it, without having to have a copy of the whole MLS on hand.

“It’s a lot more efficient to do that,” Wetzel said.

What’s the benefit to the end user?

“If you were an agent and you wanted a vendor to create something for you, whether a website or an application, the vendor can now do this faster and potentially cheaper than before, although that’s really going to be dependent on the vendor,” Wetzel said.

“You could imagine that if you’re a vendor with a team of software developers, you no longer have to have some of your software developers doing this work on the RETS platform; now you can have them do other things that are more innovative,” he added.

“This may be what it takes to spark that innovation and come up with the next cool thing simply by making those software developers more efficient and having time to think of that next new thing.”

In order for these benefits to become reality, both technology companies and MLSs must adopt the web API standard. 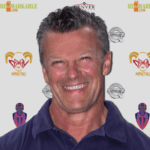 “All of these third-party vendors offer the same old stuff, such as a price and bedroom count, to 2 million brokers [and] agents and the marketplace does not care about their sites at all — thus off to Zillow and realtor[.com] they go.

“There’s no innovation to compete with available due to the limited number of vendors willing to deal with the bureaucracy of MLS systems and NAR rules. But it keeps the vendors in business.

“This harms … brokers [and] agents who want to innovate but must settle for mediocrity.

“For example, [another Colorado broker] stated he really likes my stuff but does not want to deal with the full RETS download from MLS to run it. It would cost thousands of dollars in programming and creates the headache of downloading and storing data on a private server.”

Smith said that if and when MLS systems provide data to brokers or third-party vendors via a RESO-based API, he will certainly use it for his company, QValue.

“BUT, for my stuff it can’t be a basic IDX style data supplied; I and any serious broker needs full MLS data like five years of sold properties’ data to run analyses,” he said.

RESO’s Crawford said Smith could use the RESO Web API to get any type of data feed from an MLS, including IDX, Virtual Office Website (VOW), and broker back-office feeds.

“Typically the broker back-office feed from most MLSs is a very ‘full’ feed with not just IDX data but more fields that contain confidential data which cannot be displayed to the public such as commissions between agents, owner information, etc.” Crawford said.

“So Creed could obtain, if authorized by the local MLS, a full (broker back office) MLS data feed utilizing the RESO Web API at any certification level.”

Going above and beyond

RESO offers different certification levels for its standards — core, bronze, silver, gold, and platinum — but those levels are not related to how much data is in the feed, Crawford said.

They’re related to how many options brokers and tech firms have in how they can “ask” the MLS database for the data through the API, according to Crawford.

NAR is currently only requiring adoption of the “core” web API standard. Some MLSs have voluntarily adopted higher levels of the standard, such as MLSListings (gold), MRED (gold), and CRMLS (bronze).

“Core supports a huge set of options but there are some optional features which are designated at the higher level,” Crawford said.

“They are much more complicated to implement, but it provides a richer set of options for brokers and technology partners in how they can access and pull the data, so we want to promote those to the industry and recognize those that went the extra mile to add those additional features.

“For example, you could ask the API for ‘listings modified today.’ That’s a core feature. If you wanted to go deeper [you could] say, ‘Give me the listings that have modified since January on Mondays only,’ i.e. getting a sense of Monday activity in a request, as opposed to downloading the data and figuring it out on your internal database.”

“When everybody is ready to fully jump to RESO we will simply — simply is a relative term when dealing with technology — re-map our data fields,” he added.

“If all MLSs get on this bandwagon and make data collection easier and affordable it will be a boon to vendors, brokers, and the public through the innovations it will allow.”

Has your MLS adopted the RESO Web API? Do you want it to? Let us know in the comments below. 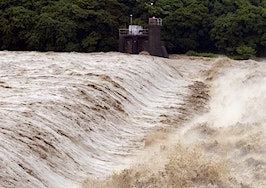 How Zillow Group's latest buy could 'muddy the waters' for Upstream 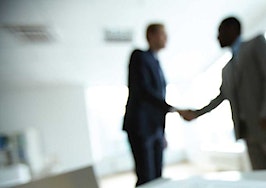 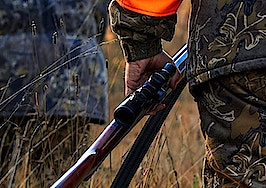 Why you'll pry my MLS from my cold, dead hands