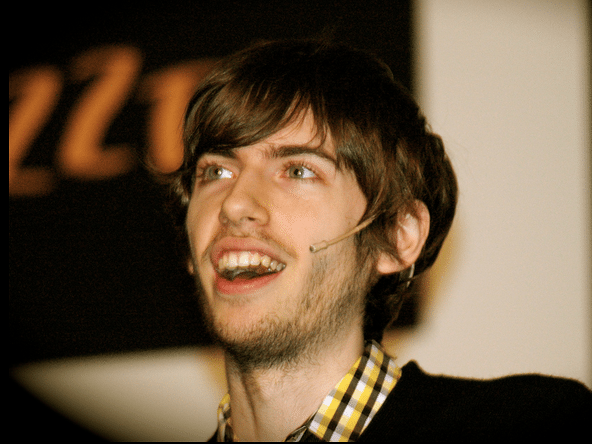 On July 22, 2001 — eons ago in the digital world — a man stood on stage at the Real Estate Connect conference in San Francisco and told an audience of real estate bigwigs and tech entrepreneurs from around the country that many homebuyers would eventually search for homes online.

Brad Inman, founder of Inman News and Real Estate Connect, said a current of skepticism rippled through the crowd at the suggestion.

“What in the hell do you have this guy up there for,” Inman recalls one broad-shouldered broker asking him. “What does this have to do with real estate?”

As we know now, to say “a whole lot” probably would have been an understatement.

The man on stage painting a future where consumers would surf the Net to hunt down listings was Google co-founder Larry Page. Turns out, he knew what he was talking about.

Some of them may take off. Others will fall flat on their faces. But at the end of the day, the biannual tech conference offers a counterweight to many other real estate events that tend to cement traditional business mindsets and practices, organizers say.

Connect brings bold and potentially disruptive technologies into sharp focus, “as far-fetched and weird and different as they may be,” Inman said.

It’s fair to say that the conference’s ethos has percolated through the industry over the years, helping to inspire other like-minded events dedicated to cultivating innovation and open-mindedness in real estate.

To probe potentially game-changing products and services, Inman Connect prospectors have called in entrepreneurs representing technologies ranging from social media and online search to blogging and ratings websites, all before they had begun to reshape real estate.

Tumblr CEO David Karp, for example, appeared several years ago at Connect to give real estate professionals the lowdown on his microblogging platform.

At the time, Inman said, “there were people back there saying, ‘What the hell does this have to do with real estate?’ ”

Today, there is growing recognition that Tumblr can serve as a useful marketing tool for brokers. Corcoran trumpets Tumblr as “incredibly effective.” Count Yelp and Airbnb among other companies that have sparked discussion at Connect in the past.

But Connect doesn’t aim to just catapult attendees into the clouds and leave them there pondering theoretical applications of innovations that have not yet captured the industry’s collective imagination.

It’s also designed to bring industry insiders back down to earth.

After sessions meant to fertilize innovative thinking, a slew of companies that are already implementing next-generation technologies share their products and practices with attendees.

“Breakout sessions” foster discussions of how to harness those technologies that may have the potential to disrupt the industry, but so far have not.

“Connect is a great place for people to pick their heads up and see what’s coming down the pike,” said Morgan Brown, vice president of marketing at Inman News. The focus is also on “people doing stuff, not people theorizing about stuff. We try to load up folks that have done things that are interesting.”

In many ways, Connect is a response to the real estate industry’s traditional tendency to self-reinforce itself — an inclination that sometimes serves to preserve the status quo and render real estate resistant to innovation, Inman said.

Inman said he created Connect in part to serve up an alternative to those everything-you-do-is-right conferences. “We tried to turn that upside down, and said, ‘You know what? The industry has to open itself up.’ ”

Other real estate tech events have cropped up in the wake of Connect, with more and more seeming to sprout every year.

Event organizers showcased 15 tech startups culled from more than 80 applicants, and awarded Floored — which creates interactive 3-D floor plans that allow users to walk through a virtual recreation of an actual space — a $25,000 check after attendees voted it the best of those featured at the event.

All have already begun to reshape the industry, but real estate arguably has only just begun to feel the initial reverberations of their impact.

Crowd funding addresses the problem of “How do we finance real estate in the future?” Inman said.

And exploration of robotics, big data and machine learning at the event will constitute both broad-spanning thought experiments and a where-are-we-now? review of their current manifestations.

“Imagine anything and everything that requires a manual sort of human activity being done not by a bunch of little minions behind the scenes but being done by robotics,” Inman said. 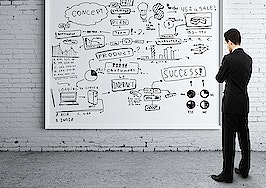 How brokerages will move beyond social media tactics 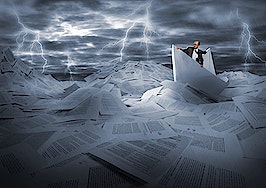 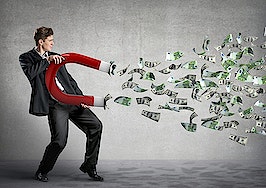 Raise the funds to build your real estate tech venture
Back to top
Only 3 days left to register for Inman Connect Las Vegas before prices go up! Don't miss the premier event for real estate pros.Register Now ×
Limited Time Offer: Get 1 year of Inman Select for $199SUBSCRIBE×
Inmanpot
Log in
If you created your account with Google or Facebook
Don't have an account?
Create an Account
Forgot your password?
No Problem