Media attention has been focused on Congress’ partisan food fight over shutting down the government and defunding Obamacare.

But outside the spotlight last week something potentially more important for real estate was taking shape on Capitol Hill: a tax reform outline being put together by the Republican chairman of the House Ways and Means Committee that could bring more far-reaching changes than most observers had expected.

Though Democrats on Ways and Means were shut out of meetings — as were most congressional staff members in order to keep the lid on the details — some hints of where committee Chairman Dave Camp, R-Mich., is taking his tax code overhaul plan managed to seep out. These could change as the politics of the legislative effort morph over the coming several weeks, but here are a few items mentioned by sources with at least limited access to participants in the process.

Revenue neutral means that the legislation will not increase total federal tax dollars collected. (Many Democrats, by contrast, prefer to see tax reform raise revenues in order to help pay down the federal deficit.)

Distributionally neutral means that whatever pain is inflicted through the loss of previous tax benefits, no taxpaying income group should be disproportionately harmed or helped at the end of the process. Put another way, people now paying a top rate of 39.6 percent shouldn’t make out like bandits simply because tax reform lowered their marginal rate to 25 percent. They’ll have to pay for it elsewhere.

Where to find these trillions for lowered brackets has been the key problem confronting Camp — and to some degree fellow tax reform drafters in the Senate Finance Committee — for months.

By some estimates, even if legislators propose eliminating all current deductions and credits altogether — including the mortgage interest write-off — the additional revenue gained might not fully offset the losses to revenue caused by lower tax brackets. Insiders say a draft bill with specific cuts and transition rules already exists or is close to completion. What goes and what stays are the trillion-dollar, politically explosive questions.

Capitol Hill specialists in real estate and housing say Camp’s need for revenues in giant quantities — plus his emphasis on distributional neutrality — point to some harsh possibilities for housing write-offs. The real property tax deduction, for example, is at risk, in part because it’s clearly skewed to owners of homes in high-cost, high-tax states and is a rich source of revenue — estimated around $30 billion a year. The mortgage interest deduction is also an inevitable target — more than $70 billion a year — but some sources believe Camp is considering a broad-brush approach to deductions in general by limiting write-offs to a fraction of what they are currently — possibly even below the revised tax brackets.

Under this scenario, homeowners who currently write off mortgage interest at 28 percent might instead write it off as if they were in, say, a 20 percent marginal bracket. Ditto for other big-ticket deductions like charitable contributions — and possibly for all deductions, according to one veteran lobbyist. The same lobbyist said there is a possibility that Camp’s bill will eliminate preferential capital gains treatment completely in a system where 25 percent is the top rate anybody pays, whether for ordinary income or for long-term investments including real estate.

“I think a lot of people could be shocked” if and when they learn about what’s been under consideration in the House, the lobbyist said. That, however, would happen only if Camp goes public with the details of his bracket-reduction plan and moves for a committee markup of the bill this fall. He has said he wants to do that, but there’s little time left on the legislative calendar for a debate as groundbreaking as fundamental tax reform.

If instead he opts for a general statement of objectives and timelines as part of a debt ceiling extension bill — with action on tax reform not slated until 2014 — the most controversial provisions of the bill might not be opened to attack by opponents who will be incensed by the loss of long-cherished tax benefits.

Where’s this all going? At the moment it’s hard to predict. But the big change I am sensing from earlier this summer, when the drafting process had barely begun, is that the people who represent real estate and housing interests on Capitol Hill are more concerned about what’s underway than they were before.

Even with liberal “transition rules” that ease in tax reform changes over the course of a decade, at the end of the day will housing be better off — or worse– in a system where deductions are sharply limited but tax brackets are lower?

Who knows until we see the details. 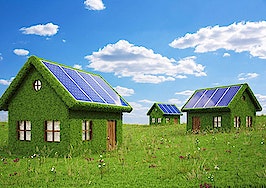 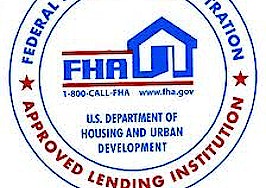 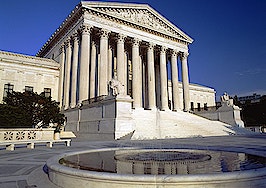 Lending groups urge high court to reject Obama administration's discrimination test
Back to top
Only 3 days left to register for Inman Connect Las Vegas before prices go up! Don't miss the premier event for real estate pros.Register Now ×
Limited Time Offer: Get 1 year of Inman Select for $199SUBSCRIBE×
Inmanpot
Log in
If you created your account with Google or Facebook
Don't have an account?
Create an Account
Forgot your password?
No Problem