How many home sales are taking place outside of the multiple listing service in your market? Clareity Consulting’s Matt Cohen says MLS executives around the country are showing an interest in getting to the bottom of that question, and he’s written a blog post explaining how to do just that.

Pocket listings are not new, but recent inventory shortages in many markets could be creating conditions — lots of buyers competing for scarce listings — that are ripe for real estate brokers and agents to close deals outside of the MLS.

A wider, but still limited, study of four large U.S. counties from CoreLogic earlier this month suggested that MLSs played little or no role in nearly half of home sales in 2013, offering more insight into a topic that has generated plenty of rhetoric, but not a lot of hard data, in the industry.

The limited scope of these studies has prompted criticism from some, who say real estate is local, and the trend cannot be generalized to the nation as a whole. Cohen says MLSs “around the country are beginning to consider replicating the original MLSListings study in their market.”

“Understanding the scope of the practice and the harm that may be caused to consumers is necessary if an MLS is to discuss the trend with membership at the local market level,” Cohen wrote. “Such studies may also inform further discussions at the national level.”

1. Pull all sales for single-family homes, townhomes and condos from tax records within a particular settlement date range. Exclude all records with a blank price field to remove “nominal transactions” such as quitclaim, interfamily trusts and similar deed transfers.

Review records manually to get rid of nonapplicable transaction records, such as those where each unit in a multi-unit property is shown with the price of the entire property and those where the sales price is well below the reasonable low limit of a comparable property.

2. Pull MLS data for the same time period, matching the settlement date in county records to the MLS’ close of escrow (COE) date.

4. Compare median prices for MLS and off-MLS sales. If the final sale price is omitted from the MLS record because the MLS does not enforce its entry, use the last list price as the best available match.

“For the price comparison, I would consider an alternate approach of using AVMs (automated valuation models) as the starting point to compare both on and off-MLS transactions, rather than comparing one against the other directly,” Cohen said. 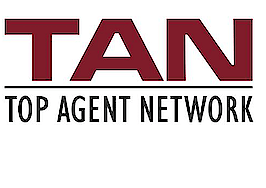 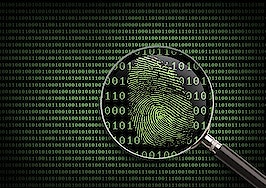 Open real estate agent data generates vast new liability for 'pocket listing' brokers and agents
Back to top
Only 3 days left to register for Inman Connect Las Vegas before prices go up! Don't miss the premier event for real estate pros.Register Now ×
Limited Time Offer: Get 1 year of Inman Select for $199SUBSCRIBE×
Inmanpot
Log in
If you created your account with Google or Facebook
Don't have an account?
Create an Account
Forgot your password?
No Problem