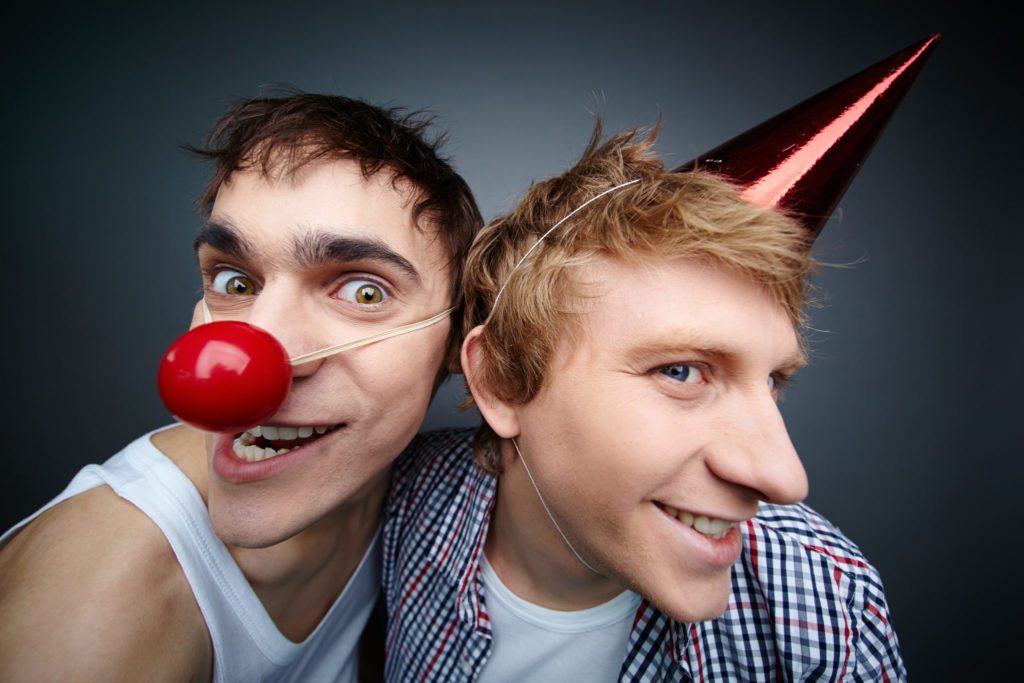 Every April 1, industry players dream up absurd, fanciful stories to tickle, delight and momentarily hoodwink their fellows. This year was no exception. Here’s a rundown of some of today’s shenanigans:

1. Thanks to the real estate industry’s eventful March, true events themselves almost passed the test for the ridiculousness that marks April Fools’ Day stories.

Greg Robertson pointed out a few on his industry blog Vendor Alley, highlighted by Zillow’s surprise snatching of Move Inc.’s No.2, Errol Samuelson; of the person promoted to replace him, Curt Beardsley; and the lawsuit filed by Move and NAR against Zillow and Samuelson.

2. When it comes to April Fools’ Day hoaxes, Trulia came in with a bang early this morning by announcing a name change and a pivot into the real estate agent dating business with Truluvia.

Ginger Wilcox, Trulia’s vice president of industry marketing, and her real-life fiance, espouse their thanks to Truluvia for bringing them together.

Trulia spokesman Matt Flegal said the ruse had a bit of a business angle. When users look for agent love on the platform, they’re greeted with an April Fools’ note and a prompt to update their actual Trulia business profile.

3. Trulia wasn’t the only industry player to toy with love (or lust) today. Industry blogger Rob Hahn revealed that the National Association of Realtors had acquired the infidelity site Ashley Madison.

“What people don’t realize is that divorce also creates households — in fact, it creates two households from one,” wrote Hahn, attributing the fictitious quote to Bob Goldberg, senior vice president at NAR.

4. Another April Fools’ story appealed to the nose. Consumers in the Chicago area can now enjoy bacon-scented listings, among other scents, according to one of the largest multiple listing services in the country, Midwest Real Estate Data LLC.

MRED, which serves the Greater Chicago area, unveiled a scent field for listings in its database today. Listings on MRED can now be enhanced with smells such as fresh-baked bread, chocolate chip cookies, apple pie, popcorn, Cinnabon and bacon.

5. Another large MLS, Arizona Multiple Listing Service, unveiled something brokerages and agents have been clamoring for for years: a lockbox for their lockboxes.

6. To help workers get work done, earn a bit of extra money and realize, however temporarily, their workplace aspirations, the home rental site Airbnb launched a service today, Airbrb, that allows users to rent out their work desks to others and to find desks to rent.

“Airbrb allows me to be me, but also someone else,” said one guest quoted on the Airbrb site.

Rent your desk out on Airbrb or rent someone else’s.

7. Brokerages got in on the April Fools’ mix as well. New York-based Better Homes and Gardens Rand Realty announced today that it will become the first brokerage in North America to represent dogs in the purchase and sale of dog houses.

8. In a hat tip to this year’s Super Bowl champions, the Seattle Seahawks, Seattle-based brokerage Findwell announced the new 12 Hawks Nest condo complex. Staked in the middle of a replica football field, the football-shaped complex will allow Seahawks’ super fans to revel in their devotion to their team with bathrooms splashed in Seahawk teal and blue-green.

9. The industry blog, The Data Advocate, today exposed a bunch of industry news that flew under (or over) the radar in the first quarter, including a new real estate search partnership between Google and Trulia, the closing of Move Inc.’s syndication platform ListHub, and Trulia’s CEO Pete Flint’s assumption of the CEO position at Zillow.

10. The news site Quartz announced today that it would begin leveraging readers’ computers (for those readers who sign up) to mine bitcoin, a virtual currency that some real estate firms have begun to accept. This was only partly an April Fools’ joke. The site will actually mine bitcoin and donate any proceeds to charity.

Real estate high jinks on April Fools' Day
Back to top
Only 3 days left to register for Inman Connect Las Vegas before prices go up! Don't miss the premier event for real estate pros.Register Now ×
Limited Time Offer: Get 1 year of Inman Select for $199SUBSCRIBE×
Inmanpot
Log in
If you created your account with Google or Facebook
Don't have an account?
Create an Account
Forgot your password?
No Problem