Quote of the week (Well … actually, quote of the decade): “Storm clouds are coming.” — Gary Keller, co-founder of Keller Williams. When? 2005, when he predicted the Great Recession and poised his feisty firm to truly compete with the big guys.

There are no more sleepyheads at Move headquarters as the anxious and supercompetitive Rupert Murdoch moves fast and furious to catch up with Zillow, which has been dusting its competitors in the consumer mindshare race.

Murdoch’s all-cash deal for Move closed quickly, and then News Corp. began to integrate its media properties into the Move experience, ensuring more consumer distribution to the Southern California-based operator of the online real estate site.

But don’t underestimate the real giant here: Zillow, with its scorching traffic lead.

Share of visits to real estate websites from desktop computers

And what about this hefty Zillow valuation that also sparked Murdoch’s interest in making a move on Move?

If $5 billion is not enough, one of Zillow’s big investors thinks the company is a dwarf with a much bigger suit to fill. How does $50 billion sounds as a futuristic valuation? It took the Seattle kids nine years to get to $5 billion, so how long to $50 billion?

On the other hand, the stock shorters who swarm around Zillow like small investors at a courthouse probate sale might say that the heavies at Caledonia Private Investments are smoking ganja.

And what about Zillow’s killer deal with Trulia? What is the holdup as Murdoch closes his deals at warp speeds?

The Big 3 are starting to look alike

Time will tell if the portals’ look and feel will continually converge as News Corp. takes the reins at realtor.com operator Move Inc. and the expected closing period of Zillow and Trulia’s pending merger marches closer.

Zillow and Trulia see what their engineers dreamed up

For one week each quarter, Zillow and Trulia set their engineers loose to dream up new products or features, which sometimes become starting points or elements of future releases, which is the whole point. Last week was the magic week at both firms.

And as they do every quarter, the firms held companywide presentations on the results.

Zillow calls it “hack week.” The company was set to see 72 presentations, according to a tweet sent out by Zillow’s vice president of marketing, Jeremy Wacksman, on Monday. 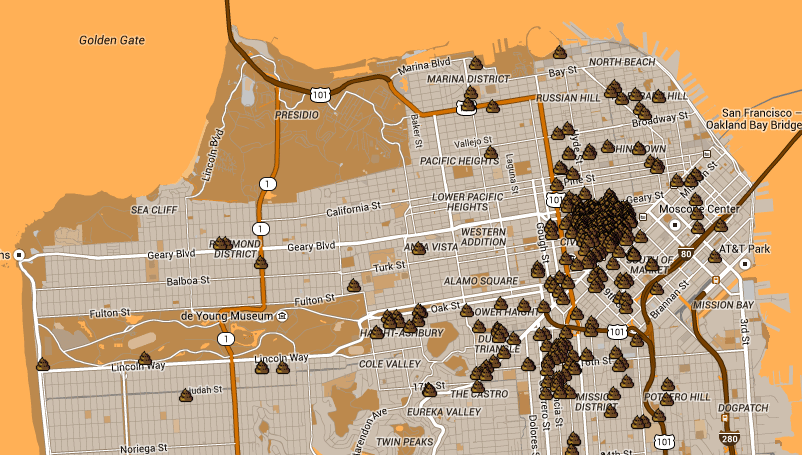 Screen shot of San Francisco poop map made by a Zillow engineer for firm’s hack week.

Jennifer Wong, an engineer at Zillow’s rentals-focused channel, HotPads, took data from San Francisco’s Department of Public Works, which tracks whenever it’s called to wipe a sidewalk clean of human urine or feces, according to The Atlantic City Lab.

Thanks to Zillow and Wong, now there are heat and incidence maps for every human waste event recorded by San Francisco officials for the first half of 2013. They’re not available to the public, however, at the moment. No word yet on how, or if, this feature will ever grace Zillow.

The company declined to reveal details about any of the projects presented this week, but Trulia spokesman Matt Flegal says the top projects touched on voice, wearables and behavioral recommendations.

Video of the week

It features a cake portraitist and continues to hammer home the central message of realtor.com’s “Accuracy Matters” marketing campaign that its listing database is more accurate than Zillow’s and Trulia’s. “I’d rather take a cake to the face than to use those other search apps.”

Tweetstorm of the week

Zillow CEO Spencer Rascoff is no stranger to “tweetstorms” — strings of successive tweets on a topic. 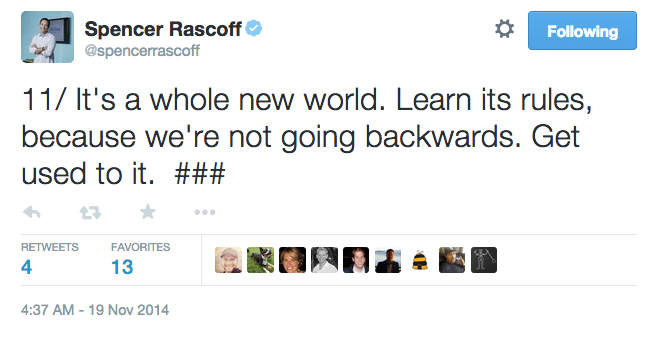 On Wednesday’s 11-part storm, Rascoff addressed how Uber’s handling of the controversy surrounding one of its execs, Emil Michael, was indicative of the new way companies execute damage control in the Twitter age.

At a dinner attended by several prominent journalists, Michael suggested that it might be smart for Uber to pour resources into digging up dirt on journalists who cover Uber. Uber’s CEO Travis Kalanick sent out a company statement/apology on Michael’s dilemma in his own 14-part tweetstorm.

Zillow has yet to suffer a similar public relations disaster, but, given the smarts at the company and Rascoff’s sophistication on crafting his firm’s message, it might have a couple strategies up its sleeve if the day ever arises.

Zillow agent reviews, ratings are starting to show up on brokers and agents’ sites

In early November, Zillow launched a program to allow agents to pull the ratings and reviews from their Zillow profiles and put them on their sites.

Zillow’s rich agent profiles are already turning Zillow into a hub for consumers looking for information about agents. Bringing some of that data onto brokers’ and agents’ own sites further brands Zillow into consumers’ brains as the go-to real estate resource.

Kevin Lisota, CEO and co-founder of Seattle-based brokerage Findwell, features his Zillow reviews and ratings on his profile on Findwell’s site. Check it out here.

Quote of the week

“In partnership with the National Association of Realtors and its 1 million members, we look forward to turbocharging realtor.com and making it the most popular and profitable property site in America,” said Robert Thomson, CEO of News Corp., when his firm announced its acquisition of Move and realtor.com.

In addition, realtor.com now has content from The Wall Street Journal and two other News Corp. publications, MarketWatch and the New York Post, interspersed in its “News” and “Advice” sections.

Zillow’s on the hunt for listings direct from brokers. More than 1,000 brokerages now send the portal a direct feed through the portal’s Zillow Pro for Brokers program. Participation in the program gets brokers a logo on the property detail pages of their listings on Zillow.

Participation also helps ensure that the brokers’ listing agents appear on their Zillow listings along with other standard Zillow features like linkbacks to the broker’s site and access to listing performance reports.

Pittsburgh-based Achieve Realty and Re/Max Select Realty are the latest brokerages to join the program. Achieve has 40 brokers and agents; Re/Max Select has 150 agents.

While we’re chatting you up about competition, what about those folksy Texans down in Austin? We reported on the boom in growth at Keller Williams. What we did not tell you about is their plan to become the global leader in real estate franchising. They are throwing darts at a map around the world to plot their next move. More to come on that front, we hear.

How do they do it? Recruiting is part of it, of course. Have you taken the KW personality test? We did, and we did not pass, so we are sticking to journalism.

Finally, on the new biz model front, Glenn Kelman is the emperor who wears clothes and is sporting some accessories that look more like an old-school broker than a hotshot tech head. Nevertheless, we hear he takes his kids to school on his bike … aw, so cute.

What else did you miss? Maybe lots! 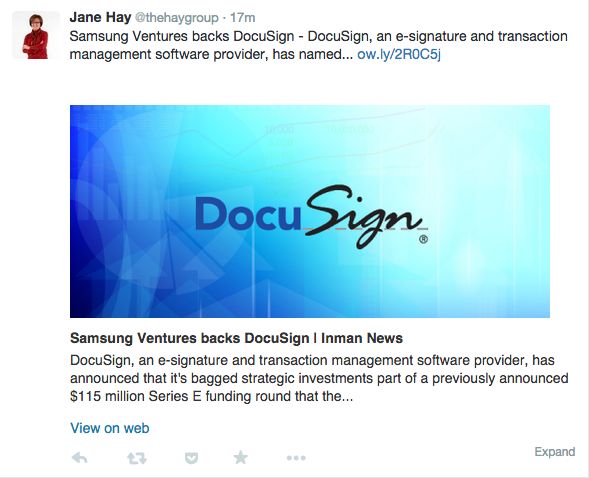 And there’s more coming next week, including …