Zillow CEO Spencer Rascoff snapped a photo of Zillow’s headquarters glowing with a “12” on Friday evening ahead of the Seattle Seahawks’ astonishing comeback victory against the Green Bay Packers that secured the team a trip to the Super Bowl.

Go #ZillowTower lit up with #12 #Seahawks. And glad to be home. pic.twitter.com/VHSV1XzPEy

For Seahawks fans, 12 stands for the “12th man,” the crowd that cheers on the 11 players on the field.

Zillow and News Corp. — parent of realtor.com operator Move Inc. — may be one step closer to their own head-to-head clash with rumors swirling today that the Federal Trade Commission is set to give its thumbs up on the Zillow-Trulia merger.

Who will the industry be cheering for?

Ever since Zillow, Trulia and realtor.com began featuring agent contact forms on property detail pages, they’ve appeared in the top right of the screen when accessed via desktop computers.

On Jan. 8, Trulia refashioned the layout of lead forms as seen by desktop visitors (those not accessing the site’s listings using a mobile app).

Trulia shifted what some agents have referred to as the “four-headed monster” (in Zillow and Trulia’s case) to the left side of the page. In addition, the portal squeezed the height of its featured image photo well into banner-sized proportions. 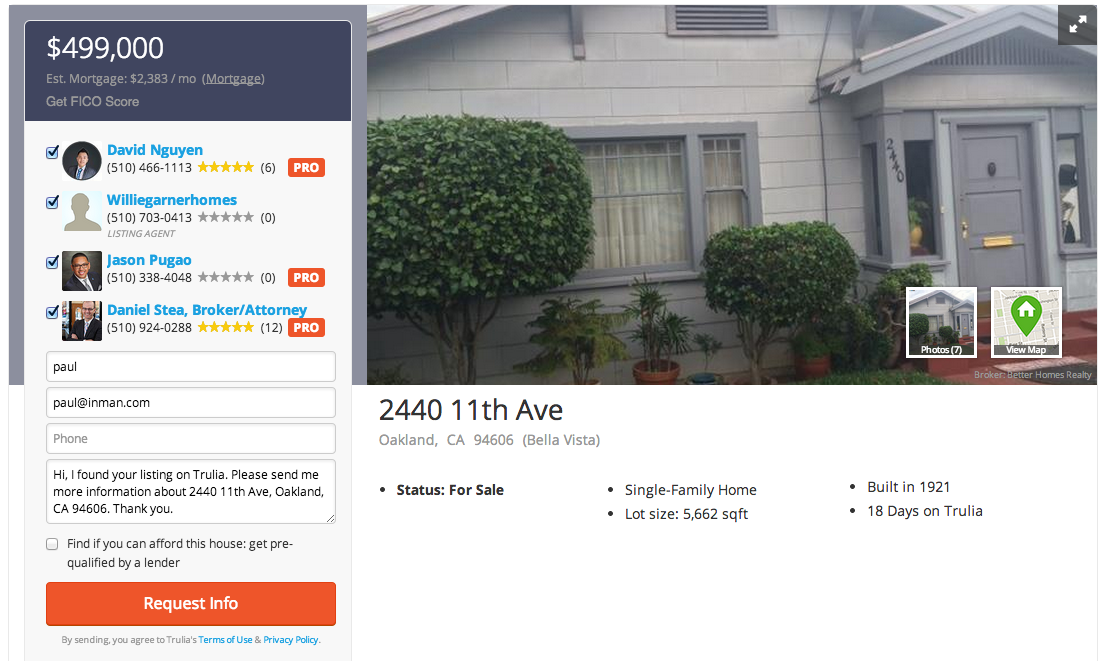 The change has boosted the number of leads it sends agents and enhanced users’ experience of the site, according to Jonathan McNulty, Trulia’s head of consumer product.

Zillow has also recently rejiggered the way nonmobile users view listings. The site no longer automatically takes users to a separate property detail page when they click on a listing that turns up in their search results. Instead, details about listings load on the right side of the screen, while still showing the map. Zillow did not say whether this is a sitewide change or if it’s just testing the new design out. 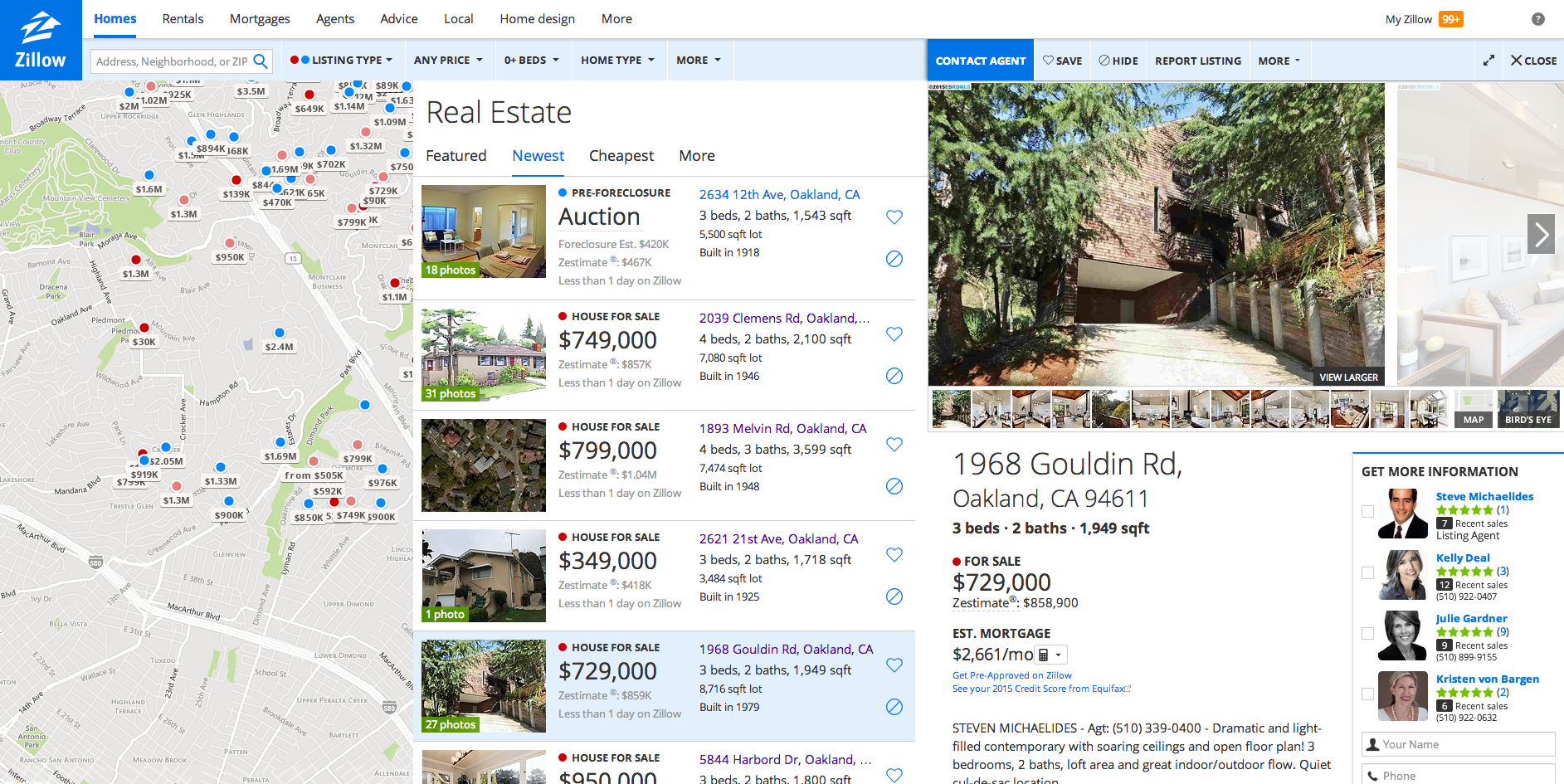 Users can open up the listing into a stand-alone view, but must take an extra step to do so. Now that the default layout is more busy, agents who pay for ads on the detail pages are arguably less visible on desktop than they would be if all consumers saw on a listing detail page was that property.

Realtor.com has not noticeably changed the desktop layout of its property detail pages.

The portals get most of their traffic from mobile devices, and the way listings are displayed by each company’s mobile apps have not changed noticeably.

The design changes for desktop users could foreshadow what’s to come as Zillow folds Trulia into its empire. Rascoff has said that Zillow will operate Trulia as a separate brand within the company.

Zillow, for example, recently stopped displaying some demographic data on its site, while Trulia continues to provide rich local data like crime maps and Yelp integration.

Stoked by rumors that the FTC has approved the Zillow-Trulia merger, the two firm’s share prices shot up in heavy trading Friday.

More firms plugging in to Zillow

Zillow launched its “Tech Connect” program in November 2013, which allows firms to pull in Zillow lead data from the portal via an application programing interface (API).

Now 45 firms pull in leads from Zillow through the portal’s API.

Zillow expanded the Tech Connect program in November to allow multiple listing services, brokerages and agents to pull in Zillow agent ratings and reviews for display on their websites. Seattle-based brokerage Windermere Real Estate and Re/Max of Michigan are among the firms currently drawing agent profile data from Zillow.

Note: Some Zillow, Trulia and Move execs are on programs to automatically sell stock they own each month at predetermined times. Stock sales do not necessarily reflect a lack in confidence by execs in their firms.