Subsidies that governments give to debt have spawned a “vast distortion” in the global economy that has made the financial system vulnerable to crises, hindered productive investment, curtailed economic growth and aggravated inequality, according to The Economist.

The “place to start” with correcting this distortion, The Economist contends in its most recent cover story, is to eliminate subsidies on residential mortgages. Governments should also gradually phase out tax breaks on corporate debt, while lowering the corporate tax rate, the magazine said.

The Economist has a global circulation of more than 1.5 million subscribers, and NPR reported in 2006 that nearly 2 out of 3 of its American subscribers earned more than $100,000 a year.

Half of the rich world’s governments let their citizens write off interest payments on mortgages from their taxable income, according to The Economist.

That’s spurred people to buy more property than they otherwise would have, driving up home prices, and spurring overinvestment in real estate “instead of assets that create wealth.”

“The shares of people owning their own homes in America and Switzerland, two countries with vast subsidies, are 65 percent and 44 percent respectively — no more than in other advanced economies like Britain and Canada that offer no tax break,” The Economist wrote.

In the U.S., the mortgage interest deduction costs the government at least $70 billion a year in revenue, and 77 percent of those benefits went to homeowners with incomes above $100,000 in 2012, according to a 2013 study conducted by the Center on Budget and Policy Priorities.

The best way to get rid of the mortgage interest deduction is to gradually scale back the subsidy, like Britain did in the 1990s, The Economist said.

The National Association of Realtors regards the mortgage interest deduction as sacrosanct, and has lobbied aggressively against proposed changes to the tax break over the years.

The trade group publicly stated that it was “extremely disappointed” with several provisions of tax reform draft released last year, “namely proposed limits on the mortgage interest deduction and capital gains, and the repeal of deductions for state and local property taxes.”

NAR has claimed in the past that any changes to the mortgage interest deduction could depreciate home prices by up to 15 percent.

The Economist concedes that reducing or eliminating the mortgage interest write-off would likely dent U.S. home values. That’s a particularly unpalatable prospect given that a large share of U.S. homeowners still owe more on their mortgages than their homes are worth, the magazine notes.

But slashing the mortgage tax break would pay off in the long run, The Economist argues.

“Without a tax break, people would borrow less to buy houses and banks would lend less against property,” The Economist said. That would cause investors to pour more money into businesses and ideas that “enhance productivity” and boost economic growth.

Mortgages would grow more expensive and “the 20th century’s obsession with homeownership might ebb,” The Economist wrote in another article that fleshed out the thesis of its cover story.

But more affordable homes would also help the young and poor, and financial innovations would emerge that could compensate for costlier mortgages, the magazine said.

Businesses such as PRIMARQ, for example, might offer shared-equity mortgages that could put homes within reach of more prospective buyers.

PRIMARQ enables buyers to obtain down payment assistance from an investor. In return, an investor earns an equity stake in the buyer’s property, and then shares in gains or losses in the property’s value over time.

Pros and cons of the mortgage interest deduction weighed 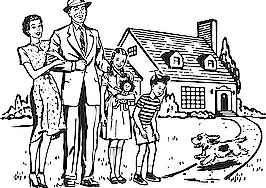 Homeowner tax perks are very much on the line in 2015 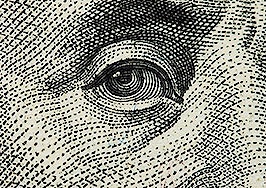 NAR targets new funding source for political causes: MLSs
Back to top
Keep up-to-date on tools and tactics to impress your clients and outshine your competition with the 2022 virtual bundle.Register Now×
Agent Appreciation Sale: Inman Select for only $85.CLAIM OFFER×
Inmanpot
Log in
If you created your account with Google or Facebook
Don't have an account?
Create an Account
Forgot your password?
No Problem