Jonathan Benya is thinking about shelling out an additional $500 a month on Zillow advertising.

That’s not because the Keller Williams Realty agent wants more exposure on the listing portal. It’s because, if he ups his marketing spend on Zillow, the listing portal says it’ll turn more of his Zillow leads into clients.

Zillow is testing a program called “Premier Agent Assist.” Its goal is to take the work of courting Zillow leads off the hands of agent advertisers, and boost the return on investment (ROI) of paying for exposure on Zillow.

The service is an attempt to help agents who were “communicating that they were getting overwhelmed by the volume of leads that we were sending them and were having trouble recruiting ISAs (inside sales agents),” said Greg Schwartz, chief business officer at Zillow Group. “If we want to sell them more ads, we have to make it easier for them to operate some of these leads.”

By taking the work out of converting leads, the experiment could be a boost for agents trying to improve their ROI on Zillow advertising and, if successful, a dream come true for the Seattle online leader because it would contribute to top-line revenue, boost margins and raise ad rates.

Benya, who heads up Keller Williams teams in Maryland, Virginia and Texas, said he was told by Zillow that agents who sign up for Agent Premier Assist can expect to be connected by phone with 26 percent of leads who contact him through Zillow.

Schwartz told Inman that the program should generate a conversion rate of leads to conversations (not leads to closings) that will “definitely be higher” than 26 percent.

Schwartz said that Zillow was only offering Premier Agent Assist to agents who were already spending $500 a month on Zillow advertising, and would commit to spending $500 more per month for a minimum of six months.

Zillow has temporarily ceased offering the program to agents because “we don’t have more capacity,” Schwartz said. But if the service proves successful, Zillow could assign as many as 60 employees to power the service in the near future.

Zillow Group spokeswoman Amanda Woolley noted that Premier Agent Assist is a test and “there are a lot of variables involved — so a bunch of these things could change (or may have already changed). …”

The portion of Zillow leads that have historically converted into conversations with Benya’s agents is about 10 percent, with 5 percent ultimately converting into transactions, he said. 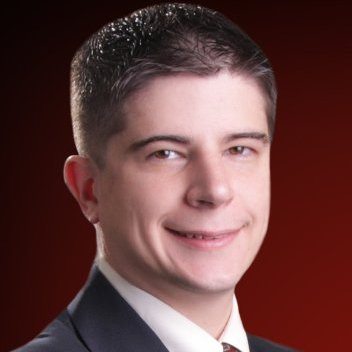 If Zillow delivered on its promise, the listing portal might more than double Benya’s current conversion rate, and likely blow away the conversion rate from online leads to closings reported by a majority of agents who responded to a recent Inman survey: 4 percent or less.

According to Benya, Zillow said that if he joined the program, Zillow would load a scheduled email marketing campaign into his customer relationship management (CRM) system targeted at Zillow leads and contact those leads — via phone or email — up to 15 times within 30 days.

“They have the campaigns already built to coincide with their phone calls,” Benya said.

Schwartz confirmed that Premier Agent Assist would contact leads up to 15 times in a 30-day period, but he said that it won’t be “actively” planting email marketing campaigns into agents’ CRMs.

The listing portal ultimately plans to initiate those email marketing campaigns from inside the CRM it offers to agents.

Some advertisers “have a great process to handle this and others are growing teams,” Woolley said, speaking of converting Zillow leads into clients. “Others simply need help managing the flow, as they see great ROI associated with potential clients coming their way but struggle to keep up as response time is important.”

Premier Agent Assist joins a number of other services aimed at helping agent convert leads into clients, including rokrbox, MyOutDesk and Lead Connect 365.

Premier Agent Assist elicited mixed reactions from agents in the Facebook group Lab Coat Agents. It could benefit Zillow advertisers, but at the cost of making them more dependent on the listing portal, some said.

“We’re not doing anything that steps into the agent’s role,” Schwartz noted. “We’re not talking about properties; we’re not answering questions about schools or neighborhoods.”

Benya sees Premier Agent Assist as an attempt to provide a substitute for hiring inside sales assistants, who are increasingly being brought on board agent teams to convert online leads into clients.

“This is Zillow taking that away and saying, ‘Look, we’ll do it for you,'” Benya said. “If Zillow is able to deliver in an effective fashion, that’s hard to beat.”

Despite the fact that Benya plans to test Premier Agent Assist, he expressed concern that Zillow generates leads for agents, now converts leads for agents and provides a transaction management system agents can use to shepherd leads to closing.

Some agents worry that Premier Agent Assist could further increase some agents’  dependence upon the listing portal, just like, they say, Zillow’s recent acquisition of the transaction management platform dotloop. 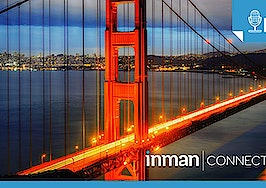 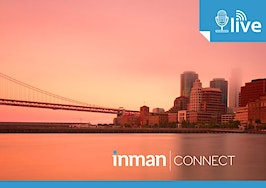 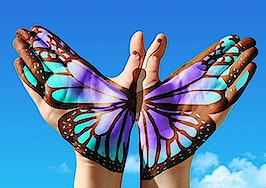 The art of real estate lead conversion
Back to top
Only 3 days left to register for Inman Connect Las Vegas before prices go up! Don't miss the premier event for real estate pros.Register Now ×
Limited Time Offer: Get 1 year of Inman Select for $199SUBSCRIBE×
Inmanpot
Log in
If you created your account with Google or Facebook
Don't have an account?
Create an Account
Forgot your password?
No Problem