“I genuinely see a positive outlook when it comes to making an economic forecast for 2016,” Wilcox said. “With low unemployment and steady economic growth, consumer confidence and spending in the U.S. should rise.”

Inman is interviewing industry thought leaders to find out what’s next in 2016. Here’s Ginger Wilcox, Chief Industry Officer of Sindeo.

Are you optimistic about 2016? The economy? Why?

I genuinely see a positive outlook when it comes to making an economic forecast for 2016. With low unemployment and steady economic growth, consumer confidence and spending in the US should rise.

An interest rate hike is expected late this year, which should bolster the US stock market and overall economy. The only hiccup for the US may be the result of some volatility based on the world economy and declining markets, like China. But overall, I see consumers feeling like they will be financially stable.

The housing market? Why?

2016 should be a great year for real estate. There is significant pent-up demand, the population is growing and we’re seeing an increase in household formations. We anticipate a moderate rate hike, which is likely to encourage move up buyers to sell before the rate hikes are significant, giving a boost to inventory-constrained markets.

The moderate rate hikes should also bolster sales by encouraging borrowers to buy before steeper interest rates hit. Federal Reserve Chair Janet Yellen has indicated that the Fed won’t increase rates at every meeting next year, which should help ensure interest rate increases are moderate in 2016.

We’ll also see more borrowers enter the housing market as credit loosens up and people with previous shorts sales and foreclosures have options to get back in the purchase market.

2015 was a building year for Sindeo. We spent a lot of time testing our business model and laying the foundation for our national expansion, which is set to take off in 2016. We’ve assembled a very strong team with an incredible track record of scaling growth companies.

We’ve also received an overwhelming response from the real estate community for what we’re building. We’re excited to put our growth plans in motion this year to bring a better mortgage experience to consumers and agents.

As a mother, wife, daughter, co-worker, friend and citizen of the world, I worry about the instability throughout the world, the lack of safety and basic human needs for so many. Global events impact us, whether we want them to or not, and we need to pay attention.

Strife in the Middle East will impact oil prices — which could have implications internationally and domestically. The Chinese economy is also important to watch on a broader economic scale, as well as in local markets where Chinese buyers are actively looking to diversify their investments in U.S. real estate.

While the Fed hasn’t raised rates since June 2006, current indicators point to an increase in rates late this year or early next year.

Which market are you in?

Sindeo is headquartered in San Francisco, and licensed in Arizona, California, Colorado, Oregon, Tennessee, Texas and Washington, D.C., with plans for a national expansion in 2016.

Yes, many agents will see a boost in their productivity in 2016 through a combination of market changes and efficiency improvements. Rate hikes should provide a short-term boost to the real estate purchase market, particularly in markets with low housing inventory.

We’ll also continue to see agent adoption of new tools that enable them to more efficiently manage their businesses from lead generation to transaction management.

For real estate agents, referrals will continue to be the primary source of business; however, agents looking for faster growth will partner with sites like BoomTown, Zillow and Realtor.com to drive high-quality leads. Tools like RealScout and BombBomb will be critical to help agents more effectively and efficiently convert leads and nurture them until the customers are ready to transact.

Referrals will continue to be the primary source of business.

Sindeo is in a high-growth mode. Starting in January, we’re building out offices across the nation to support our national expansion plans. By the end of 2016, we’ll be operating in every state and anticipate a tenfold growth in our business in 2016.

Hiring! We’re tasked with hiring over 100 forward-thinking loan officers across the country, along with support staff to enable them. So if you know of anyone fantastic, we’d love referrals from the real estate community. 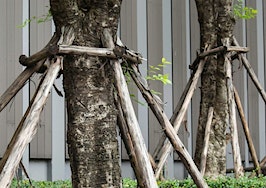 What will it take for the housing market to hold steady in 2016? 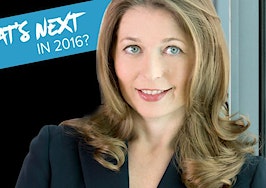 Wendy Forsythe on what's next in 2016 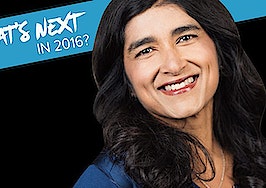 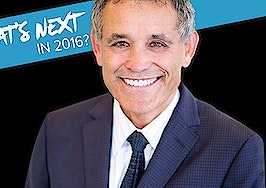 Peter Hernandez on what's next in 2016
Back to top
TOMORROW: Leaders from eXp, Corcoran, RE/MAX, The Agency, and more are speaking virtually at Connect Now. Listen or watch live + receive the replays.Register Now×
Agent Appreciation Sale: Inman Select for only $85.CLAIM OFFER×
Inmanpot
Log in
If you created your account with Google or Facebook
Don't have an account?
Create an Account
Forgot your password?
No Problem