When my Journalism 101 professor first raised the “trade vs. profession” question, I was surprised by the very existence of the debate. He explained that trades and professions used to be defined according to whether one was manual labor and the other required a college degree — blue-collar vs. white-collar, essentially — but in recent years, the lines have blurred. So he asked us whether we thought we were training for a trade or a for a profession.

When my Journalism 101 professor first raised the “trade vs. profession” question, I was surprised by the very existence of the debate.

He explained that trades and professions used to be defined according to whether one was manual labor and the other required a college degree — blue-collar vs. white-collar; essentially a class divide — but in recent years, the lines have blurred. It’s no longer as easy to define a trade vs. a profession according to class.

So he asked us whether we thought we were training for a trade or a for a profession.

Are journalists trained in a trade or a profession?

After all, he reminded us, one does not need a degree to be a journalist. There are laws regulating libel and individual privacy, and journalists are expected to comply with those, but there is no professional standards organization, no state or federal licensing, no real job requirements at all except, presumably, the ability to tell a story and convince an editor (and your readers) that you’re good at it.

This has become increasingly apparent in the digital age, when editors are no longer gatekeepers dictating who has a platform to tell a story. The emergence of the Internet and blogging has given anybody who chooses to say something a way and means by which to say it.

He pressed us all semester: What was the difference between an amateur blogger and a professional journalist? Could we even use the term “professional” when discussing what we planned to do for a living?

(Are any of these questions sounding even vaguely familiar?)

I think the trade vs. profession question is more widespread than many of us think. We see the discussions surrounding our own industries and sometimes don’t even notice that others are hashing out the same issues.

Here are some of the things that I think journalists could learn about professionalism from real estate agents, and vice versa.

Self-policing can raise your professional profile

Journalism doesn’t have state or federal associations like the legal or medical professions do, which test and license members. Instead, journalism has its own version of the National Association of Realtors (NAR) — sort of. Formerly known as Sigma Delta Chi, the Society of Professional Journalists is the closest thing we have to NAR.

It’s nowhere near as powerful as NAR (or as useful, frankly). But it does have a code of ethics that members are expected to abide by.

Personally, I’m not an SPJ member. I believe in the code of ethics, but I’ve never quite understood why I should pay a third party to align myself with a code of ethics that I’m already following.

The general public is largely unaware of SPJ (whereas many people at least know what a Realtor is, even if they don’t understand why that term isn’t necessarily a synonym for “real estate agent”).

Why? I think it’s because the teeth in the code of ethics are relatively weak. The code itself is solid, but there is zero enforcement. “We do not have a mechanism for investigating complaints or enforcing discipline on SPJ members, much less other journalists,” states SPJ on its website. “But our code does provide a framework to evaluate ethical behavior, and we encourage fellow journalists and the public to hold news reports and commentary up to ethical scrutiny. Ultimately, that is the most effective antidote to questionable reporting, not quasi-judicial proceedings.”

Understandably, SPJ feels that by enforcing the code of ethics, it could be setting itself up for unwanted intervention from government entities. The society explains on its website: “establishing a quasi-judicial system, such as those found in some other professions, would inevitably lead to actions by governments, courts or their proxies that would restrict the rights to free speech and free press.”

So the result? We have a code of ethics, and it’s a good one. But without any sort of enforcement, arbitration or even a complaint process, it’s also toothless.

Trade vs. profession: Lessons from journalism

When I was in school, blogging was in its infancy, and the world of journalism was pretty scared about what this new form of media could mean for its longevity.

You don’t need any training to do those things. Some bloggers take classes, but a lot of them figure it out through trial and error.

This was a cause for concern among journalists when I was in college. Would we be replaced by people who had no training? How would those people influence the public perception of the “real” journalists?

The inimitable Rob Hahn had some thoughts about the real estate version of this conundrum on his blog earlier this week.

Obviously, blogging did not replace newspapers, television or even radio reporting. Instead, news outlets took note that readers appreciate some lighter, less “journalistic” fare on occasion and launched their own blogs. It’s now seen as a supplement to journalistic coverage, not as a threat or a replacement.

Blogging is now seen as a supplement to journalistic coverage, not as a threat.

This is because an untrained blogger simply can’t replace a trained journalist. The difference in the quality of the output is blatant. One is (generally speaking) more trustworthy and reliable than the other — and the general public knows it because they can see it.

Transparency can help protect your brand against bad apples

In general, I would argue that although journalism is hardly the most well-respected profession in the world, we still have a better reputation than real estate agents. (This is just my opinion, for what little it’s worth.)

So why is that?

Here’s my theory. When a journalist makes a mistake, intentionally or otherwise, the results are on display for everyone to see.

Journalists are ultimately accountable to our audience. Some mistakes — misspelling a word, for example — are forgivable. Others — making up entire stories and characters, a la Stephen Glass — are grounds for being blackballed across the industry.

We don’t need a national association to enforce that blackball, either. We have Google, which is just as good. If someone’s violated our code on a mass scale or in an unforgivable way, that information is only a few keystrokes away.

When a real estate agent or broker messes up, even in an unforgivable way, there isn’t much public attention given to that misstep. The consumers directly involved certainly know about it, as do the agents and brokers involved, but the public-shaming curve is much less steep — unless the media happens to pick up the story.

When an agent or broker messes up, there isn’t much public attention given to that misstep.

And a journalist’s mistakes also weigh on a publication’s long-term reputation. When The New Republic wrote a follow-up story on what Glass is doing these days (he’s a paralegal), the subhead printed on the story read, “He nearly destroyed this magazine.”

How big a mistake would an agent have to make to “nearly destroy” his or her brokerage?

The fact that The New Republic is inextricably linked with the name Stephen Glass — and The New York Times with Jayson Blair, and The Washington Post with Janet Cooke — might be a sore spot for those entities, but it’s a very good thing for journalism as a whole.

It means we’re careful about who we hire. It means we keep tabs on our own weaknesses and strive to correct for them. Because the consequences for failure don’t just hit the individuals involved — they affect the publication’s brand, its integrity as a business.

So what’s the answer to the trade vs. profession debate?

I think journalism is a profession.

And I think if journalism is a profession, then real estate is, too.

What do you think? Is real estate a trade or a profession? Should I bite the bullet and join SPJ already? Tell me in the comments! 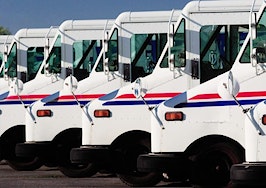 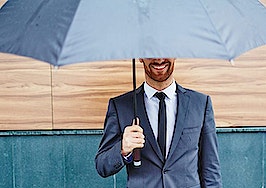 How agents can protect their assets from lawsuits and litigation 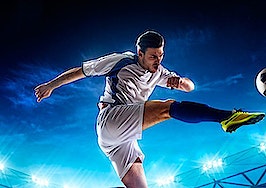 3 steps to kick-start a positive online reputation in 2016

Have a game plan for your 2016 technology decisions
Back to top
Only 3 days left to register for Inman Connect Las Vegas before prices go up! Don't miss the premier event for real estate pros.Register Now ×
Limited Time Offer: Get 1 year of Inman Select for $199SUBSCRIBE×
Inmanpot
Log in
If you created your account with Google or Facebook
Don't have an account?
Create an Account
Forgot your password?
No Problem