Back in the day, I penned many articles about affordable housing. In 1987, I heard about the Governor of Massachusetts, Michael Dukakis, committing to an aggressive affordable housing plan — rare words for any Presidential candidate to utter, even then. Even more rare today.

Back in the day, I penned many articles about affordable housing. In 1987, I interviewed the Governor of Massachusetts, Michael Dukakis, about his aggressive affordable housing plan — rare words for any Presidential candidate to utter, even then. He ran for President and lost to George Bush in 1988.

The results: the biggest financial collapse since the Depression, which was set off by the subprime mess — a conspiracy of incompetence, in part, but deliberate self-serving policies as well.

Of course, it was wrapped in the banner, “everyone should become a homeowner,” so give anyone who can stand on one foot and count to three a home loan. A smoke screen and a Pollyanna-ish lending disaster that made the same wheeler dealers rich twice — first during the run up, and afterward servicing foreclosures and buying up properties for 50 cents on the dollar. A special interest field day!

Now back to Dukakis. He actually cared about putting together a decent, fair, well-rounded housing policy. He understood the importance of new development and the role of private sector incentives and public subsidies that did not bankrupt the government. 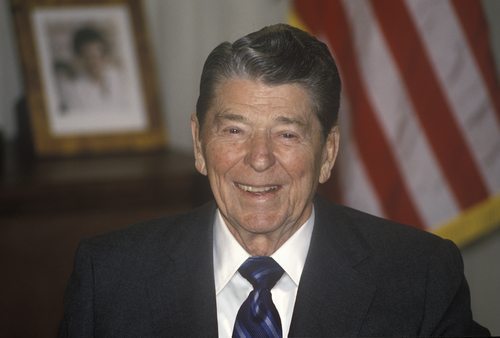 Even though he was pummeled by housing advocates at the time, President Reagan earlier in the decade had smartly ended a sorrowful period of bad housing policies that depended on the federal government to solve local housing woes. He disseminated that tired and expensive strategy, but his administration left a gaping hole in how affordable housing should be addressed in the future.

After listening to Dukakis talk about his housing plan, I left Boston believing he was someone who could bring back an intelligent dialogue about affordable housing — a local solution inspired by a new national housing policy.

That hope ended quickly. After he ran a disastrous and wimpy campaign for President, Dukakis was mauled by George H. Bush in the 1988 election.

Affordable housing was off the table until the mortgage and Wall Street lobbyists with their irrational homeownership push got their with way with President Clinton and the Congress and teed up the financial collapse 15 years later. The Bush administration hemmed and hawed about Fannie and Freddie’s cozy relationship with the Democrats but never used its executive clout to put the brakes on bad lending behavior. Hence, this was a transcendent bipartisan mess.

Though no one seems to truly care, the affordable housing problem has not gone away. See the signs of housing policy run amok when you walk through our nation’s largest cities, where the number of homeless is mounting.

We can blame the homeless themselves, say it is a policing problem or identify a host of other social causes, but we cannot ignore that affordable housing is part of the solution.

We cannot ignore that affordable housing is part of the homeless solution.

That is why it is refreshing to see a Presidential candidate who actually has a detailed housing plan.

I don’t agree with all of it, but Bernie Sanders was not afraid to put it forward. Cheers to that. Moreover, it is not a plan guided by self-interests — though I figure the unions will play a heavy hand if Sanders were elected president.

So, what is the Sanders plan? He has a 15-point scheme; here are a couple of highlights.

On Sunday, Sanders toured a Brooklyn public housing project to roll out his affordable housing agenda and drew a record crowd of 28,000. The lively audience was diverse, but mostly young people who like his message about spending money on housing, not on another war. As important, he appeals to their self-interest, as many are locked out of the housing market.

And with it, the special-interest housing deck will not be altered much.

In the 1990s, I gave up wishing for politicians to make good policy and shifted my focus to what technology might do to make the world better.

I asked my Amazon-Echo Alexa app what she thought of affordable housing.

“I don’t have an opinion on that, but here is a song by Freddie Mercury — ‘The Days of Our Lives.’”

Why the Move-Zillow suit is bigger than legal blood sport

How to use agent review data to get customer insights
Back to top
Inman Connect Las Vegas Memorial Day sale – 44% off exclusively for Select subscribers!Register Now To Save×
Limited Time Offer: Get 1 year of Inman Select for $199SUBSCRIBE×
Inmanpot
Log in
If you created your account with Google or Facebook
Don't have an account?
Create an Account
Forgot your password?
No Problem