When Craig McClelland, chief operating officer of Better Homes & Gardens Real Estate Metro Brokers, started out in real estate, it was obvious he was going to be a leader in the industry. “I was a high-performing agent, out of the gate,” he said. With two partners, he started an independent real estate company, SimplySold Real Estate, in 2004 — after just nine months in the industry. They built the business up to 23 offices and 1,100 agents by 2007 and then sold it. 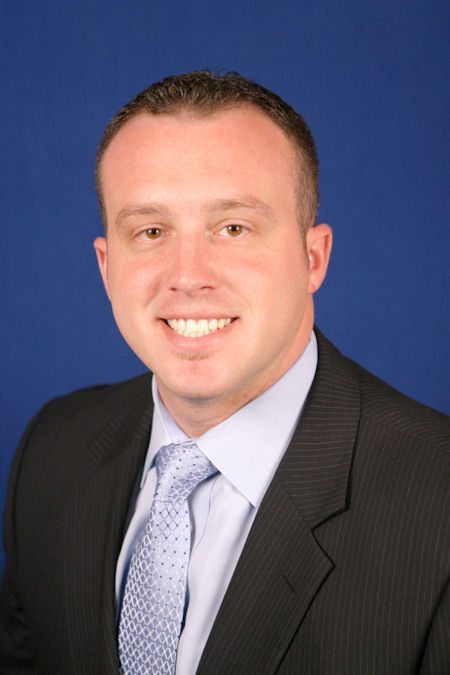 When Craig McClelland, chief operating officer of Better Homes & Gardens Real Estate Metro Brokers, started out in real estate, it was obvious he was going to be a leader in the industry.

“I was a high-performing agent out of the gate,” he said. With two partners, he started an independent real estate company, SimplySold Real Estate, in 2004 — after just nine months in the industry. They built the business up to 23 offices and 1,100 agents by 2007 and then sold it.

Soon after selling the business, McClelland was brought in by BHGRE Metro Brokers in Atlanta, Georgia, as its director of strategic growth. He worked on mergers and acquisitions alongside Kevin Levent, president at the company, which is the largest Better Homes and Gardens Real Estate franchise in the world.

“We took over 20 companies in 24 months with the program,” he said.

“We found companies who didn’t have a succession plan or had grown to a certain size and didn’t know what to do next.”

These days, McClelland, as COO, oversees mergers and acquisitions — which remains a healthy side of the business — but his focus is across operations. A vocal advocate of tech and what it can do for real estate, he is also chief revenue officer of Brytecore, the real estate tech startup spun out of Metro Brokers, which provides lead-scoring software.

Last year, McClelland was one of the three executives from BHGRE to be chosen to attend parent company Realogy’s Ascend: The Executive Leadership Experience, a 46-week-long succession leadership course. It started in April 2015 and was developed to help franchisees across all Realogy’s brands.

The COO studied alongside 40 up-and-coming leaders from other Realogy brands, such as Coldwell Banker, Century 21, ERA and Sotheby’s International.

“My goal for attending Ascend was specifically to gain a greater ability to grow Metro Brokers in a significant way,” said McClelland. “Not just by numbers, but by influence and leadership in the industry. Our industry is evolving in a real and exciting way, and technology and new groups of consumers will reshape how our business is done.

“We are all tasked with being leaders that can bring up and prepare others for the future and position our companies to thrive in an ever-changing market. Ascend was the perfect opportunity to grow through content, connections and conversations that inspired greatness in every step.”

According to Mike Good, executive champion of Ascend and chairman emeritus of Sotheby’s International Realty, Realogy has an interest in determining whether these executives are the right candidates for leadership in the organization and developing them so that they are ready when the time comes.

Learning based on leading self, leading others and leading organizations

Good developed the course, which had weekly webinars, 35 leadership topics and four group meetings, at Realogy HQ, where students had peer-to-peer learning and business insights from some of Realogy’s highest-performing affiliated brokers.

Overall, everyone on the course was dealing with the same question: “Am I ready to take over, and how will I transition and be uniquely myself?” said Good.

“It might be a three- to five-year path. Everyone was at different stages,” he said.

One student acquired his firm during the year, and others have been promoted during and since the program started, he said.

The majority of Ascend students were sons or daughters of Realogy franchise owners — some from large companies, others as small as three agents.

Said McClelland: “Each of the attendees had different struggles and challenges. We were able to see outside our local organizations and grow from different points of view. I have so much respect for the students walking in the footsteps of their family members. It’s not an easy road.”

Understanding all aspects of leadership

The course looked at three concentric circles of leadership — leading self, leading others and leading organizations.

“The program was designed to help people understand all these aspects — first, they have to be able to lead themselves, before they lead others, and even if they have good leadership of others, they can not necessarily lead organizations. There are different skill sets,” said Good.

And the students, an almost 50/50 mix of women and men, had different interests.

“For Craig, the whole area of talent management has become a salient issue for him; for others, it might have been the alignment of values or culture.”

In the fourth semester, each student did a SWOT (strengths, weaknesses, opportunities and threats) analysis, looking at what their key priorities would be if they were to take over their company tomorrow. How would they implement those priorities?

Each student and presented the case study to their brand leadership.

McClelland was interested in learning about how to interact with people more effectively and understanding their motivation.

The nitty-gritty of talent management

“It’s about getting the right people in the right seat to help the organization grow,” he said.

Craig McClelland: ‘It’s about getting the right people in the right seat.’

McClelland said he enjoyed working on a project where students reviewed different employees in their organizations. They were asked how to learn what role was good for their individuals, what made them grow, how to communicate with that individual and how to apply emotional intelligence.

He has his reservations about how succession planning is done in the real estate industry arguing it is sometimes too reactive.

“What we don’t want is to put the right person in the wrong role or at the wrong time. That can really set an organization back years,” he said. “It’s worth taking the time to have the right fit at the right time — some positions are very difficult positions to fill.”

Hiring from outside the industry can lead to good ideas

Although the Ascend program has been set up to help Realogy brands with their internal succession plans, McClelland is open to the idea of bringing in people from other industries if the right person can’t be found internally.

“I believe it’s a great idea to reach outside the industry to bring in talent that can question: ‘Are we running things like a business?’ Challenging how we do things is a great check and balance, it sparks growth.”

“Challenging our industry is such a healthy thing to do.”

Craig McClelland: ‘Challenging our industry is such a healthy thing to do.’

The real estate industry can be hesitant about accepting change, but then companies like Zillow enter the market and make the first move.

“What Zillow did was not all that shocking. They came into our industry and created something that the consumer was asking for — a national real estate experience. We wouldn’t take the lead, so we lost the chance when someone from the outside stepped up and said ‘we see this problem and we’re going to solve it.’

“Sometimes coming from the outside not knowing the rules or complications creates an advantage.”

How to bridge the workforce gap between generation X and millennials

Meanwhile, like any other industry, real estate should be actively managing retention as baby boomers leave the workforce to retire, said the executive.

In his position, the Metro Brokers’ COO said he is looking at how to “mature up” millennials, bridging the gap between between them and generation X.

“There are a lot of questions about the generational gap between a large baby boomer population and a large millennial population. Generation X is just not large enough to fill the need.

“On the course, we looked at how to position the company to retain the right people for an extended period — at the same time, working with millennials, preparing them to bridge the gap. Part of bridging that gap is getting millennials ready for executive roles quicker — they might be the next C-level.”

It’s so important to find the right spot that they are excited about, he added.

Invest in your people as leaders

The BHGRE executive said his biggest takeaway from the Ascend course was learning how important it is to continually invest in your people as if they are leaders, said McClelland.

“Treat every one of them like a leader. Never see the whole of an organization as employees — they each have something that they are shooting for. Help everyone to reach.

“Ascend is one of those resources I wish I had years ago building an office,” he added.

How does McClelland anticipate climbing the corporate ladder at Realogy? Would he look at working at other Realogy brands or prefer to stay with BHGRE?

“I don’t have hard plans for either,” he said. “I believe either would be rewarding. I’m focused on growing Metro as a company. I love BHGRE. This is a new fresh brand with dynamic leaders and a talented group of brokers. It has lots of opportunity to grow with.”

He has, meanwhile, taken action already from work done on the course.

No brokerage can stay still

“I decided to focus on a much-needed regional coaching and mentoring position. I reviewed where we came from, what we’re focused on and where we’re headed.

“Since graduation, I have hired one new staff member and three individuals working in the business development department. We’re off to a great start and I’m already seeing a very good response.”

No brokerage can afford to rest on their laurels in the current environment, he added.

“Thanks to this tech entrepreneurial society, everything is being challenged. There is a lot of VC [venture capital] money in real estate right now fueling a continual startup of new technologies and lean tech-centered real estate companies. This group will keep us on our toes. It challenges companies to run smarter, faster and more efficiently.

“That’s a great thing for the businesses that are up to the challenge.” 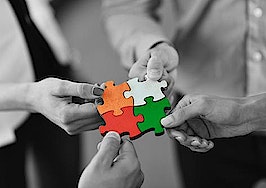 Building and retaining a successful real estate team: Identify strengths, procedures and your 'big why'

You'll wonder how you ever lived without these 9 mobile apps 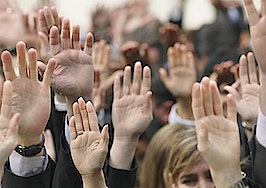 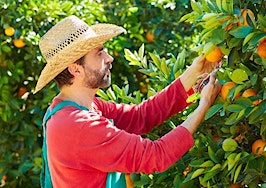 When should you call that lead? Tech built by Better Homes and Gardens Real Estate Metro Brokers is designed to tell you
Back to top
Inman Connect Las Vegas Memorial Day sale starts now – exclusively for Select subscribers!Register Now ×
Limited Time Offer: Get 1 year of Inman Select for $199SUBSCRIBE×
Inmanpot
Log in
If you created your account with Google or Facebook
Don't have an account?
Create an Account
Forgot your password?
No Problem