by Glenn Felson
Share this article
You successfully shared the article.
Close

Many negative ingredients create a challenging work environment, which in turn, leads to a poor culture in many real estate offices. However, just because it has become the norm doesn’t mean that it should be acceptable. Regardless of the industry, any company can have an amazing culture. The trick is figuring out how to make it happen.

Following up on my previous article, successful recruiting strategies will become much less focused on commission splits and much more focused on company culture.

Company culture will become the most important component in recruiting and retention, but because culture is intangible, its complexities are often difficult to define and even more difficult to change.

Company culture will become the most important component in recruiting and retention.

I’ve met with thousands of agents from many different brokerages. Although some agents have more complimentary things to say about their companies than others, generally speaking, I hear very similar thoughts by many agents.

They feel that they generate most of their own leads, they often need to use third-party vendors — at their own cost — for many of their technology and marketing needs, and they don’t have enough support.

By support, I mean administrative support, time from their managers and training. On the opposite side of the spectrum, many owners and managers feel as though their job is thankless, they are not treated with respect by their agents, and sometimes, they even begin to resent their own agents who they feel are making lopsided splits.

I’m not here to debate which position is right or wrong but rather to discuss the result of having polar opposite views between owners or managers and sale associates. What you end up with is a toxic company culture.

You end up with agents who couldn’t care less about the company that they work for and owners or managers who resent their own sales force. The only reason many agents stay is because the culture at the other competitors in the market is no different and making a move just seems like too much energy for the same results. It has become the norm in the industry.

Why do many real estate companies have terrible company cultures?

We operate in an industry of independent contractors, which is difficult for all involved. Sales agents have one of the toughest jobs in the world. Where else could you spend nine months driving people around and showing them hundreds of different homes only to have them stop with an FSBO and direct purchase — resulting in zero income for all of your hard work?

We operate in an industry of independent contractors, which is difficult for all involved.

It doesn’t get much more frustrating than that. Owners and managers also operate in challenging conditions. They cannot mandate that sales associates attend meetings and company events or even that they show up for their uptime.

They carry the liability for every deal — even if a superstitious agent doesn’t want to share any details or paperwork with them until the deal closes. They are often getting hit up by agents for higher commission splits, they are always fielding complaints from upset clients whose listings aren’t selling, or they’re justifying why another expensive print ad is not going to sell an overpriced home.

These are all ingredients of a challenging work environment, which in turn, leads to a poor culture in many real estate offices. However, just because it has become the norm doesn’t mean that it should be acceptable. Regardless of the industry, any company can have an amazing culture. The trick is figuring out how to make it happen.

It all starts at the top

The owner or CEO is ultimately responsible for creating the culture of the company.

As an owner or manager, ask yourself these questions:

They want to work in an environment where they feel supported by the administrative team and from management. All of these items boil down to create the company culture.

When I am trying to recruit an agent from the competition, I am confident that I can provide a solution to any objection that a prospect throws at me with one exception.

The only obstacle that I cannot get around is when an agent says, “But I love my company (or my manager), and I could never leave.” It’s not splits or leads or market share — but rather the culture of his or her company that is keeping him or her there.

The best part of a great company culture is that it does not cost a thing, but a bad one will be the most expensive item that a company pays for.

Company culture is not everything, but it is the most important thing. A company can have a great culture but lack other essential items — and therefore, not succeed.

A bad company culture will be the most expensive item that a company can own. 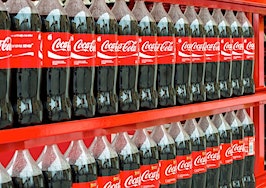 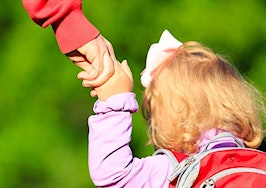 Why brokers should be doing more for their agents: Avanti Way 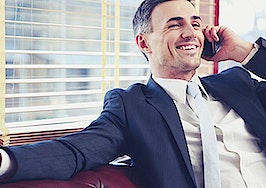 Here's why courting past clients can really pay off
Back to top
Only 3 days left to register for Inman Connect Las Vegas before prices go up! Don't miss the premier event for real estate pros.Register Now ×
Limited Time Offer: Get 1 year of Inman Select for $199SUBSCRIBE×
Inmanpot
Log in
If you created your account with Google or Facebook
Don't have an account?
Create an Account
Forgot your password?
No Problem