By Lars Herlin; reposted with permission from the AIM Classified Intelligence Report.

Finn.no, the grand old lady of the Schibsted classified empire, which dominates the ad scene in Norway, might come under pressure from some big real estate players planning to start their own platform.

It is not amateurs bringing the heat, either. Several big shots in the marketplace are behind the potentially new competition.

The new rival is to be named “On Market Norway” and was outlined in local media by Dagens Näringsliv and DN.no. The effort doesn’t have a web address or a rollout date yet.

Behind the threat are three powerful players, all CEOs and well-known in Norway’s business community. Their plan, as they explained it, is to unite Norway’s realtors to challenge Finn.no, the largest Norwegian website that deals in jobs, autos, housing, property and merchandise. 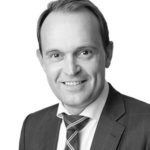 Anders Langtind heads the realtor chain Privatmegleren, which is owned by Nordea, one of Scandinavia’s biggest banks. Privatmegleren promotes the most on social platforms like Facebook. It has developed its own technique to do that, called KLiCK.

Daniel Kjørberg Siraj leads OBOS, which is owned by 390,000 members who can buy new housing or have preemptive rights when apartments are sold. OBOS owns every third apartment in Oslo. An OBOS construction company, Block Watne, builds more than 1,000 apartments a year. 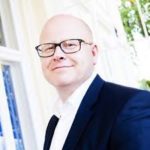 Baard Schumann runs Selvaag Bolig, a family-controlled building company on the Oslo stock exchange. Selvaag puts more than 1,000 new apartments on the market every year, has an annual turnover of $400 million U.S. and is among the leading building companies in Norway selling new housing.

This new trinity has been outspoken about their plans and views on Finn.no.

“It might be practical for the consumers to have one supermarket that has all the goods. However, to find only one supermarket company is no good. It should have been 10 different ones because competition brings a better customer experience,” Siraj said in an interview.

The business leaders are not really complaining about how Finn.no does its job, but they are not interested in the market leader controlling all the customer data.

“We send an extreme amount of data over to Finn.no. We want to keep the data for ourselves,” commented Langtind, whose company is already working with social media on a big scale.

Their biggest challenge will be to win over the skeptical agents for the project. “It is not good to have individual realtor chains or banks as owners,” said a leading representative of the big chain EiendomsMegler 1, who declined to be named. “This is a business for media companies like Schibsted. Finn.no is doing a great job.”

Several agents said they do not believe it is possible to challenge Schibsted. One communication director even called it an effort without substance.

Maybe some of the skepticism comes from the fact that there had been a serious effort earlier from other agents and Eiendom Norge, which organizes real estate companies, to build an alternative. It never went public, but it is still in the memory of many agents and business leaders.

“We will continue. We are not spooking. This is so essential, so we don’t speak with the realtors. We work with the owners. We talk to the banks and the group CEOs on this matter. People will be surprised. We have several different options,” Schumann said. “I have been involved in breaking monopolies before.”

It is not the first time that Finn.no has been challenged by outsiders. All efforts have failed. Names like Eiendomsnett, Tinde and Zett already lie in the classified digital graveyard.

All about the data

One crucial difference is that earlier efforts were instigated by other media companies. Now it is a group of customers, and as we understand it, this time it is not only about ad prices. More important is the control of customers and the use of big data. There are also some complaints about how Finn.no works.

Langtind wants more innovation and, for example, better video opportunities. “If we get 60 percent of the market. Then Finn has to find out something else,” he said.

There certainly is potential for this powerful trio come up with something that might really spook Schibsted. They are much more active on social media.

Schumann is probably the only stock exchange CEO in Norway who updates his Twitter account almost daily.

Schibsted boss Rolv Erik Ryssdal has not tweeted since November 2013, but maybe he should start to lurk on @BaardSchumann — and why not also shadow the CEO of OBOS on Twitter, known as @obosdaniel, to try to find out what they are up to. 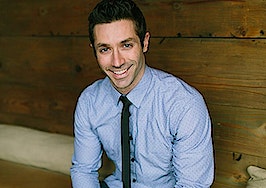 How to build a real estate business like an entrepreneur