They say agents should be entrepreneurial in their thinking. Mike Zeller, the team leader of Dwell Music City at Village Real Estate in Nashville’s urban core, has four other businesses on top of his real estate company.

Two are online fashion businesses, one is a marketing agency, and the last is a socially conscious auto dealership that has given 22 cars away to families in need or single moms.

“I am an entrepreneur at heart,” said Zeller.

His side businesses give him some real estate leads — but more than anything, “they help me stay creatively entertained and challenged,” he said.

A top seller at Village for nine years since his rookie year, he has built his team to seven agents this year. And you can see the same entrepreneurial thinking in his real estate business.

“A couple of years ago, I converted one of my long-term rentals to an Airbnb and got great results,” he said.

He had one client going away on and off for three months, and they managed to earn $8,800 over the period through Airbnb.

“I started having investors asking about it and thought, ‘Here’s an opportunity.'”

He and his team now regularly run what he calls “high-level” Airbnb and VRBO workshops to investor clients.

With a portfolio of seven properties himself, which he rents out through Airbnb — and even his own home at times — Zeller is well-versed on how to go about it.

“If they want to live in it part-time and rent it out when they’re not there, then it can be declared as owner-occupant,” he explained. “If not, then it needs to be declared as non-owner occupant. We always advise them to follow the local codes or ordinances.”

As a landlord, Zeller said he now personally prefers Airbnb and VRBO to long-term rentals. He has had long-term tenants do a lot of damage to a rental home, which meant he had to do major renovations. And his house is never as clean as it is after an Airbnb guest.

Thanks to the vibrant music scene and Nashville’s rise on the national tourism circuit as a place to visit, Zeller said he is able to have one of his nicer investment properties rent out at $468 a night on the weekend with a minimum of two nights — plus he charges extra for more than four guests. 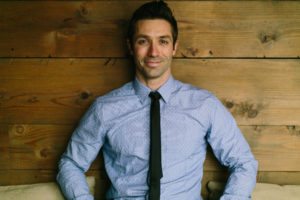 Location is crucial for your Airbnb investment property to work, he said.

“In my neighborhood  of East Nashville, it makes sense for Airbnb or VRBO,” he said, but in less “chic” neighborhoods, “it’s probably better to do something long-term.”

Of course, helping investors with rental options means Zeller will be top-of-mind as they build their portfolio further. And Nashville remains a good place to invest, still affordable and still on the rise though Zeller expects a correction at some stage.

The Nashville agent has a number of ways that he puts himself in front of investors — but he has been helped by the market conditions. People are coming to him.

“I am finding them from all over the country, but they are locals, too, who are buying their second and third homes,” he said.

In 2014, Nashville was the No. 1 rated city for growth by Forbes and the No. 1 fastest-growing American destination on Airbnb.

“As a result we grew like crazy, we’ve now got investors from around the country, some who have bought houses sight-unseen and never seen the property.”

Investors hear about Zeller through his company blog, the website and sometimes through referrals.

“Last week I spoke at an investor’s group evening and picked up a couple of new prospects,” said Zeller.

The experienced agent is not afraid to ask for business and gets his team to do the same.

“When you are dedicated to a level of excellence, you become more referable. We will ask clients to connect us,” he said.

“When you are dedicated to a level of excellence you become more referable.

Zeller has other ways to add value to the investor, giving expert consultations with what he calls a long-term strategic vision.

“I sat down with one client, Steve, an active investor, recently. I had set a record on the sale of his home, and he wanted to know how he could he come up with the capital to purchase more properties.

“I showed him the differences between homes that brought a premium compared with a sub-par market value, how the best developers and investors remodel or build a home that resonates best with the buyers and the unique nuances of each neighborhood.”

Zeller helped him develop a financial presentation for the banks.

“We went through the different scenarios and criteria for which situations work best with hard money lenders, to local banks and construction loans.”

He also did a guided home tour to help the aspiring investor understand the market better.

Make every sale a record-breaker

Zeller likes to break records when he sells a house. The median listing price in Nashville’s urban core is $375,000, while $242,000 is the median sales price.

He claims he sets records in neighborhoods for 75 percent of the homes he sells, which no one else in the market is doing.

“We look at how we can add value. We make sure that we help coach clients to get the most out of the home,” he said.

“The difference was my client had improved it in certain places. It was the finishes and touches — it was more of a modern home. It was more artistic and more unique, the type of place that you fall in love with.  It was more appropriate for the target market, the Nashville hipster,” said Zeller.

The other home had more of a suburban feel.

Zeller’s current team figures of $26.4 million for 2015 and more than $11 million for the first quarter of 2016 are attributable to the standards set by business coaches he draws on.

Athough Zeller follows real estate coaches, including Brian Buffini and agents such as Josh Altman as well as studying “some Gary Keller,” it is the business and life coaches he follows who are the ones who inspire the way he is running his business. People such as Tony Robbins, Jay Abraham, “The 4-Hour Work Week ” author Tim Ferriss and Strategic Coach.

His business and personal life haven’t always been so happy. He has come up from an all-time low three years ago when he had a bad breakup with his fiancee and ended up in Buenos Aires working remotely. When he came back to the States, two of his businesses, including his real estate one, were in bad shape.

“I had to rebuild myself,” he said.

He credits Tony Robbins, the personal life coach to five U.S. Presidents and Oprah Winfrey, among others, for helping him out of the rut.

“He helps you break through your confidence barriers and belief barriers and fear and dreams. It’s about achieving more and making an impact on the world — he gives you the drive to make the world a better place,” Zeller said.

With Jay Abraham, he has learned about the strategy of pre-eminence, he said. “You are so devoted to protecting your clients’ best interests, you won’t let them buy any more than they should and any less than they should. We are serving them with such integrity, people feel like they do when walking into Nordstrom’s — they offer such exceptional service from highly competent professionals that you feel like: ‘Man, they have really got my back.’

“Our goal has been to be more like Nordstrom’s versus Wal-Mart, or the Ritz-Carlton versus Best Western,” he said.

.@MichaelRZeller: ‘Our goal has been to be more like Nordstrom’s versus Wal-Mart.’

Passing on coaching to the team

Zeller and his business partner are passing on their business knowledge to the team.

“We have a team meeting once a week, team training once a month and then a team retreat once a quarter, a 24-hour meeting where we stay overnight somewhere.”

Sometimes they will go to a conference together — they went to Brian Buffini training in San Diego last year, for instance.

Zeller’s interest in travel has not been held back by a busy real estate business, thanks to his team.

“To date, I’ve sold homes while traveling around the world. I’ve negotiated deals in Hong Kong, Australia, France, Germany, London, Buenos Aires, and all around the U.S.”

He likes working remotely, “creating freedom in your business, not being landlocked,” he said. 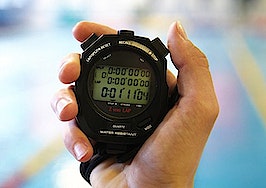 Is real estate coaching worth it?

Why relocation business can be so lucrative for agents

Investors riding the Airbnb revolution
Back to top
Only 3 days left to register for Inman Connect Las Vegas before prices go up! Don't miss the premier event for real estate pros.Register Now ×
Limited Time Offer: Get 1 year of Inman Select for $199SUBSCRIBE×
Inmanpot
Log in
If you created your account with Google or Facebook
Don't have an account?
Create an Account
Forgot your password?
No Problem