Getting your start in the Beverly Hills luxury real estate market is not easy — and it’s only getting harder. You don’t just wake up one morning and decide you are going to do it. Stacy Gottula had been an agent for two years when she was asked to interview with Coldwell Banker top producer, Joyce Rey, as an assistant almost 10 years ago.

Getting your start in the Beverly Hills luxury real estate market is not easy — and it’s only getting harder. You don’t just wake up one morning and decide you are going to do it.

Stacy Gottula had been an agent for two years when she was asked to interview with Coldwell Banker top producer, Joyce Rey, as an assistant almost 10 years ago.

Rey, based in Beverly Hills, already had two other assistants and 30 years in the business at that stage.

“I was looking for a new assistant. Stacy walked in the door, and she wasn’t too convinced,” Rey remembered.

From agent to assistant: A career step forward

Going from agent to assistant could have been viewed as a career step backward, and that was Gottula’s first response: “I had gotten into real estate to be my own boss, to be independent,” said the former dental technician.

But after thinking about it for a couple of hours, she realized she couldn’t turn down the opportunity. “It was not a backward step at all. Being assistant to one of the top women in real estate was like getting paid to go to school,” she said.

Stacy Gottula: ‘Being assistant to one of the top women in real estate was like getting paid to go to school.’

During her first year, Gottula was a sponge.

“When Joyce would secure a deal, I would write her offers, handle the transactions and she would check everything,” Gottula explained. “I really learned about how to write contracts, I got to know what she liked in hers. It was a great way to learn about real estate, writing $40 million deals.

“There is so much more to real estate than showing beautiful homes,” said Gottula. “Being expert at the contracts and the complete transaction from start to finish is a big part of it.”

“There’s also a marketing component. As a new agent, you don’t have listings, so you don’t get any experience with that,” added Rey.

Beyond making connections with clients, Gottula learned about forging relationships with the other luxury agents — a group not easily impressed.

“There’s a real expertise that goes along with all that networking with the people in the industry. It’s a huge learning curve,” said Rey.

That buoyant year, 2007, was a great time for Gottula to start with Rey; 2008 was much tougher. Rey remembers losing $35 million in deals over a month in the latter part of the year as people began pulling out of commitments.

“We stayed positive. The thing with luxury real estate is, you can make one big deal and it pays the bills,” said Rey. “People are still selling whether the market is going up or down.”

Gottula wasn’t too worried: “For me, I was making more money than I had ever made,” she said. “We were doing deals, and I was building a social sphere of influence.”

How to talk your way from assistant to business partner

After a year and a half, Gottula managed to convince Rey that she had what it took to make the step up to be her business partner.

“She came with all the numbers, about how she could help me, she could get me really good sales and so on,” said Rey.

Gottula remembers it clearly. She worked with a mentor who helped her break down the math logically.

“We did a spreadsheet on how I could help Joyce,” said Gottula. “She just wanted me to be an assistant, but I had bigger dreams. I wanted to be out selling real estate.

“I gave her the proposal about five times over a year — the same proposal,” Gottula remembered.

When Rey finally said yes, she still wasn’t certain. “Let’s try it,” was her reply.

“That year, I helped her sell an additional $50 million of property, and she saw that my proposal worked,” said Gottula. “From there, she and I have been doing great business together.”

The assistant-turned-agent has become a star player at Coldwell Banker — in 2013, she closed the highest residential sale in Beverly Hills for “Le Palais,” listed at $58 million, plus the highest residential sale in the Sunset Strip/Bird Streets listed at $27.5 million, and the largest land sale in Beverly Hills for a 13-acre development known as “Shangri-La.”

Gottula knows Rey has been instrumental in her success — certainly in her early days. Gottula remembers selling the “Le Belvedere” luxury property in 2010, listed at around $72 million.

“That was my client,” said Gottula. “It was a really big deal — but I don’t know if that client would have used me for a $72 million listing if not for Joyce. She played a role in securing that.”

Next on the agenda: Building a team and mentoring others

The pair have now built a team of 10 agents plus staff, which did a sales volume of around $275 million last year.

Gottula doesn’t think Rey would have started a team without her — even if it is a trend.

“I might have partnered more frequently. I don’t know if I would have developed a team,” agreed Rey.

Now Rey has other top producers asking her how she managed to build a team, asking for tips.

The team-building first started in 2010 when Gottula brought in three close friends to the business — a lawyer, a marketer and a contractor.

“I had the this idea: Now it’s time to find people like me. We had all these great clients; we only had so much time to handle them all. We didn’t want to give them away,” said Gottula.

The three new agents each had different skills.

“They were all great assets to further the team and all brought great things. ”

Two are still with them and have grown their businesses — Stephen Apelian and Christopher Damon. The third left to set up on his own.

“It was exciting to be able to do what Joyce had done for me,” said Gottula.

Stacy Gottula: ‘It was exciting to be able to do what Joyce had done for me.’

“And it’s been from there that our team has grown and grown, ” she said.

Rey has brought in other team members over the years through her large network.

Getting your name on the team masthead

The next time Gottula had to have a serious conversation with Rey was about getting her name on the team banner.

“It was the Joyce Rey team for many years, but I had helped build that brand — we were working together,” said Gottula.

Usually Gottula kept her sales numbers separate from the team numbers, but at the end of 2012, the team needed her figures to make the No. 1 spot at Coldwell Banker. Because Gottula gave her numbers to the team, she didn’t get in the top 25 agents as she usually did.

“I realized the impact and had the conversation,” said Gottula, who describes herself as a firm negotiator.

In 2013, they became the Joyce Rey and Stacy Gottula team. In 2015, they were the No. 1 Coldwell Banker team in the region and fifth in the nation.

Team enables the pair to spread the net wider

Having the team has changed the make-up of the business. Although Rey and Gottula have made their name in luxury, the team’s agents helps buyers and sellers at most levels, from the Los Angeles first-time homebuyer of around $1 million to the seller of a $149 million mansion.

“We don’t want to miss any place in the market,” said Rey.

This spreads the risk. The luxury high end is down, Rey said. Last year between January and May, Coldwell Banker Westside had 14 sales over $20 million, while this year they have had six.

The two women agree they bring different strengths to the business.

“There’s a bit of ‘good cop, bad cop,'” said Gottula — she is the bad cop, though Rey describes her as “laid-back.”

“I’m relentless when it comes to follow-up, which is a good thing. Bugs the heck out of Stacy,” added Rey.

Their client base varies. Rey’s clients are more from the entertainment industry — she was married to Alejandro Rey, the actor who played the suave playboy Carlos Ramirez in “The Flying Nun” TV series with Sally Field. His Hollywood contacts introduced her to influential client, whom she has helped over the years.

Rey is currently selling the $25 million home built for Bert Lahr, the actor who played the cowardly lion in “The Wizard of Oz.”

She also has her share of younger clients: “Now I see the children. The children come to me.”

Gottula, meanwhile, has introduced business executives and entrepreneurs to the mix, typically in their 30s and 40s.

“That time when the dot-com-ers and hedge fund managers started to buy a lot of real estate was when I started my career,” she said.

Rey is as up with tech innovation, as she is, said Gottula.

And she is a vocal Democrat and Unicef board member. “Joyce keeps more up to date in what’s going on in the world more than me,” she added.

And while the agents have evidently benefited from staff training and mentoring over the years, they just don’t have time for it anymore, dealing in the volumes they do.

“The market’s changed — we don’t have the time anymore,” said Gottula. “With my dearest friends, like Christopher and Stephen, it was great. Now we are looking for luxury agents who are in the field already — maybe their career has gotten stale or they have hit a ceiling.”

The team leaders are also busy working on reorganizing their team structure after some training with coach Tom Ferry.

And they are putting together plans to find a manager who can leave them to do what they do best.

“We need someone that will help us run the team — Stacy and I love selling and need help with the management side,” said Rey.

This might give the two women some more leisure time, too.

“Joyce and I, our relationship has expanded well beyond work — we travel together, go off on 24-hour jaunts to Ojai, do meditation,” said Gottula.

And meanwhile, the two have had preliminary talks about succession planning.

“Stacy and I just started talking about this at the beginning of the year,” said Rey.

They will work it out.

“I love the concept of two heads being better than one,” said Rey. 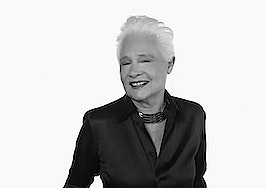 Do you dial, swipe or text? Joyce Rey 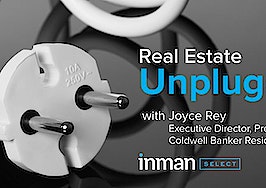 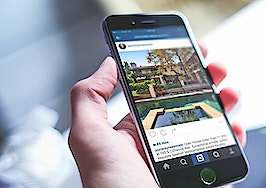