If it pays to be cool, Miami is the James Dean of real estate markets. Living in the exploding city and other popular metros, all of which are home to some of the most advanced condominiums and apartments in the world, comes at a cost.

If it pays to be cool, Miami is the James Dean of real estate markets. Living in the exploding city and other popular metros, all of which are home to some of the most advanced condominiums and apartments in the world, comes at a cost.

Affordable rent in these markets is nearly unattainable

In Miami, for instance, only 6.9 percent of rentals are considered affordable — or a median monthly rent of $1,950.

Markets where rent is out of control

The most expensive neighborhood in San Francisco was South Beach, where 89 percent of one-bedroom apartments rented for more than $3,000. Median rent in the area was $3,950.

Century City was Los Angeles’ most expensive neighborhood in April, with median rent for one-bedrooms at $2,775. In all of L.A., 33.2 percent of one-bedrooms rented for more than $2,000.

The George Washington University area of Washington, D.C., had the highest median rent, at $3,037. Almost 80 percent of one-bedroom apartments in that area rented for more than $2,000.

Miami’s market presented some of the most staggering results. Only 9.7 percent of apartment rentals (including studios, one-bedroom and two-bedroom rentals) were considered affordable, meaning only 9.7 percent of rentals were priced at 30 percent of area median monthly household income in April.

Houston, on the other hand, offered more than half (69.9 percent) of its studio, one and two-bedroom units at affordable prices per the area’s median monthly income in April, up 1.9 percent from April 2015.

Although not considered quite as affordable as Houston, Chicago’s percentage of units priced below 30 percent of the metro’s median gross monthly household income was relatively high, at 50.2 percent. Even more staggering is the area’s 8.4 percent increase in affordable apartments since April 2015 — the third highest in the country. 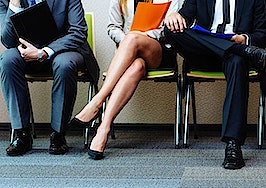