There’s a widespread perception that real estate agents tend to charge uniform rates, with the typical commission generally thought to hover between 5 percent and 6 percent, depending on the market. But a new study commissioned by Redfin suggests agents often charge less — much less, in fact — than what’s perceived to be the “standard market commission.”

There’s a widespread perception that real estate agents tend to charge uniform rates, with the typical commission generally thought to hover between 5 percent and 6 percent, depending on the market.

But a new study commissioned by Redfin suggests agents often charge less — much less, in fact — than what’s perceived to be the “standard market commission.”

Surging investment in high-tech brokerages, a low supply of for-sale properties and declining use of full-service agents may be driving the “widespread savings,” Redfin wrote in a blog post about the survey.

But there’s also some evidence to suggest that the level of discounting captured by the survey has been par for the course for at least a decade, per at least one focus group conducted in 2006.

Six out of 10 people who sold a home in the last year said they got a discount on the commission they paid to their real estate agent, with the average discount coming in at 41 percent off the “standard market commission,” according to the survey.

Redfin told Inman that the range for the benchmark “standard real estate commissions” it used to calculate its savings figures was 2.5 percent to 3 percent.

Homebuyers are apparently less likely to save on real estate commissions than sellers, but not by too much.

Nearly 46 percent of buyers said their agent gave them a refund or closing cost contribution of more than $100, Redfin reported. Those buyers saved $3,693 on average, the brokerage said.

In a survey conducted last year, Redfin said 37 percent of recent buyers answered “yes,” when asked if their agent gave them a “commission refund or rebate, a closing cost contribution, discounted commission for selling your last home, or a closing gift worth more than $500.”

That question differs from the one that generated the 46 percent figure in the recent survey, making it difficult to determine any possible changes in savings for buyers based on this year’s and last year’s surveys.

Conducted by SurveyMonkey Audience and commissioned by Redfin, this year’s survey was based on responses from 2,000 people in eight major U.S. markets who had bought or sold a home in the past year.

“SurveyMonkey fielded an online survey from June 1 to June 18 using the SurveyMonkey Audience platform to reach 2,220 people from the general population who indicated they had tried to buy or sell a home in the past year or plan to this year,” said the company post about the survey. “The survey targeted eight major metro areas where Redfin has its largest market share (Baltimore, Boston, Chicago, Los Angeles, San Diego, SanFrancisco, Seattle and Washington, D.C.).

“Of the 2,220 respondents, 964 had successfully bought a home and 515 successfully sold a home, including 58 people who bought or sold with a Redfin agent.”

“These survey findings suggest that the industry is becoming more dependent on technology and less dependent on the local agent as the sole source of information about homes for sale,” said Redfin Chief Economist Nela Richardson in a statement.

“The fact that savings are so widespread indicates that agents and brokers are adapting by using technology to work more efficiently and charge less money,” she added.

6 out of 10 homesellers get commission discounts

While consumers often enjoy commission savings and are open to using alternatives to real estate agents, the lion’s share still turn to agents for help with buying and selling homes, the survey found.

Seventy-five percent of recent sellers used a full-service agent, while 15 percent used a “limited-service” agent, according to the survey. Only one out of 10 sellers and 16 percent of buyers went it alone.

Some of the survey’s results are tricky to square with a finding by Real Trends, a widely cited source for real estate statistics, that the average commission rate in 2015 (5.26 percent) was higher than in 2005 (5.02 percent) — though it’s worth noting that the number stood at 6.1 percent in 1991.

Perhaps agents have discounted their commissions at a high rate for quite some time.

Commission discounts for 6 out of 10 sellers “sounds a little on the high side” to Real Trends CEO Steve Murray, but it doesn’t surprise him. He would put the number somewhere between 4 out of 10 and 5 out of 10.

In 2006, a focus group run by Real Trends revealed that many agents discount their rates for friends and family, repeat customers and when they represent a customer as both a buyer and seller in two transactions, he said.

“And when asked what percent of their deals fall into one of these three categories, they said 30 to 40 percent,” he said. “Then they all burst out laughing because they had just said they don’t discount much — one of those funny moments in my career.”

Redfin acknowledged in a blog post the conflict between Real Trends commission rate data and “the notion that so many people are saving so much money in fees.”

Why are rates changing?

Redfin theorized in its post that, while commission rates have gone up, savings offered to buyers in forms such as refunds, rebates and closing contributions may have increased. (Real Trends said its data reflects commission rates that take into account these types of discounts.)

A recent flood of investment in high-tech, discount brokerages — Redfin chief among them — may be one factor fueling widespread commission savings, Redfin said.

“While Redfin serves a small portion of the market, its growing presence across the country has influenced other brokers to offer savings to their customers in order to compete,” Redfin wrote in the blog post.

Another reason might be a shrinking number of for-sale listings, which have sparked price growth and fierce competition among buyers.

“Offering a discounted fee is a simple and common way to appeal to a homeowner who knows that if priced right, their home is likely to fetch multiple offers and sell within a matter of days,” Redfin noted.

Redfin also raised the possibility that agents may be cutting their fees more often because fewer homesellers are using full-service agents, citing its finding that FSBO sales accounted for a higher share of sales (10 percent) in 2015 than what NAR put their level at in 2014 (8 percent).

Other survey findings include:

Editor’s note: This story has been updated to include Redfin’s range for the benchmark “standard real estate commissions” that the company used to calculate its savings figures. 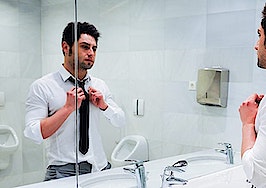 Podcast: Broke in real estate? 10 reasons your ego is to blame (Part 3) 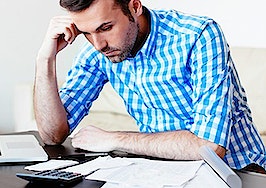 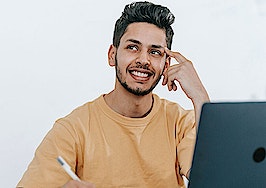 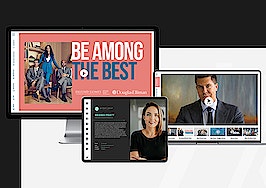