The reason top producers are top producers is because they focused on sales first and relationships second. The relationships happen after closing. That doesn’t mean they’re hard-nosed, callous dealmakers. It means they know how to tell a client “no.”

I’ve reviewed a lot of marketing technologies in the months I’ve been writing this column.

A lot of them talk about building brands and capturing prospects and how to make a buyer a seller.

The same goes for CRMs and brokerage management platforms.

And that’s what I don’t see enough of in and around the Inman community, as well as the industry in general: talk about being good sales professionals.

You know, how to be good at selling.

I’m not sure when, but somehow salesmanship has taken a back seat to relationship building. I think that’s a bad thing.

A person can be good at both, but since relationships don’t pay our mortgages, it’s better to be good at sales.

I caught a lot of grief last year for a column I wrote about staging. My views haven’t changed, although many of the comments were thought-provoking.

Somehow salesmanship has taken a back seat to relationship building.

My point was that the industry, in part through staging, has shifted some accountability for the sale to the seller.

I’m left wondering, why can’t an agent simply sell a house, warts and all?

I think the problem stems from the idea of wanting to build a brand, i.e., relationships, before building a record of proven sales.

New agents can’t have a brand. A brand needs to something to be placed upon. It requires sustainability.

That doesn’t mean they’re hard-nosed, callous dealmakers. It means they know how to tell a client “no.”

Most importantly, they can afford to say no.

Nine times out of 10, the client appreciates it.

Top producers are top producers because they focused on sales first and relationships second.

The value of time

Agents want to work with qualified buyers so their time isn’t wasted on someone who can’t close.

A letter from the bank proves only that the person is financially capable. It’s not a personality analysis. Mortgage pre-approval doesn’t mean they won’t waste another’s time.

Why is it accepted then, that buyers deserve endless hours of an agent’s time, especially when there are endless resources out there for them to get the information they need?

Where is the value placed on the agent’s time? Strong sales pros know what every hour is worth, and judge time spent with clients accordingly.

Being good at sales involves knowing who is serious and who needs another six months of open houses.

For a writing job a few years ago, I watched firsthand as one of the industry’s most prominent real estate coaches stood in front of more than 3,000 agents to speak to them about building a brand.

A letter from the bank proves only that the person is financially capable. It’s not a personality analysis.

What he never addressed was being good at sales. (However, given the number of people at rapt attention that day, he could have shared a lot about sales.)

I never heard him mention that without the innate skill of salesmanship, all the tips in the world wouldn’t help his audience.

Because above all the encouragement and stories of big commissions and private flights and scripts and presentation tips, real estate is a sales business more than anything.

Since relationships don’t pay our mortgages, it’s better to be good at sales.

It was a play first, so it’s full of bombastic drama and Mamet’s classic uzi-fast dialogue. But no film has ever better captured the essence of sales. It’s to real estate sales people what “Wall Street” is to hedge fund managers.

Why? Because Mamet worked in real estate sales before becoming a playwright. He didn’t make that stuff up.

Like Alex Baldwin’s Blake says condescendingly to his under-performing staff, being good at sales is a “tough racket.”

Many agents’ problems stem from wanting to build a brand instead of sales.

To some extent, I get it. It’s easier to be friendly and smile and not push, and instead focus on building relationships first. There’s less risk and fewer uncomfortable situations.

It’s easier to acquiesce and take the weekend away from family for the fifth tour of the same house instead of telling a client, “No. You’re at the point where a decision needs to be made. Think about what you want and call me on Monday.”

As Inman Connect and our conversations with readers prove, the majority of real estate agents are amiable, professional people, outgoing and sharp. Building a relationship comes easy.

But it shouldn’t come first. 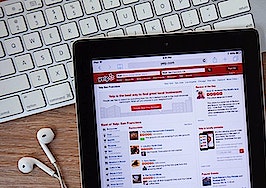 Podcast: How to leverage online reviews for real estate success 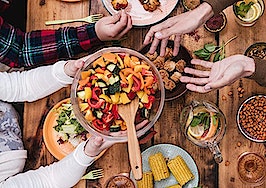