The trend of home flipping is increasing throughout the nation, according to a recent Attom Data Solutions report.

The trend of home flipping is increasing throughout the nation, according to a recent Attom Data Solutions report.

The total of flipped homes that make up the entire pool of single-family home and condo sales was up 14 percent from the first quarter of the year and 3 percent annually. 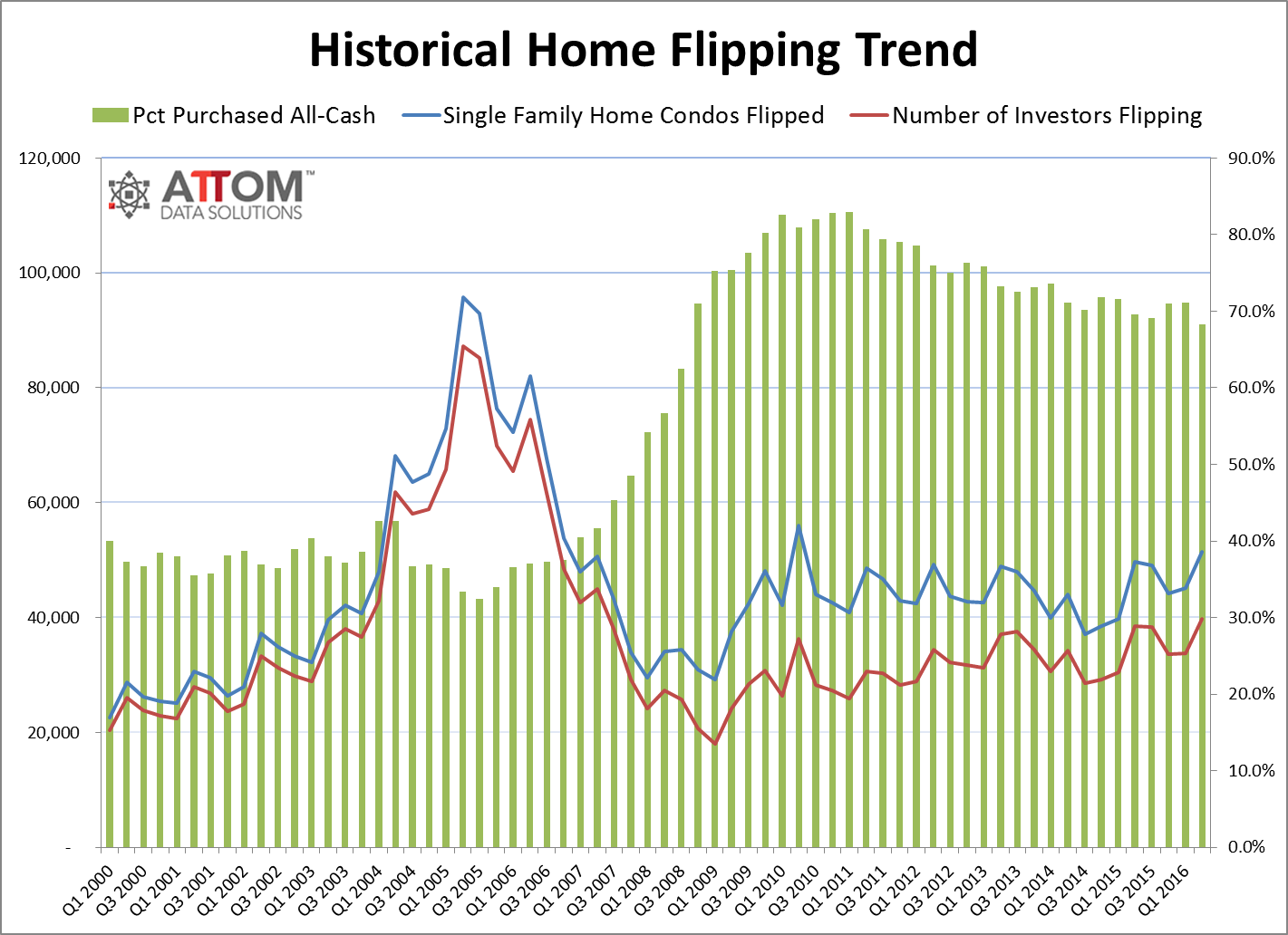 “Home flipping is becoming more accessible for smaller operators thanks to an increasingly competitive lending environment with more loan options for real estate investors, who are also benefiting from the historically low mortgage interest rates,” Daren Blomquist, senior vice president at Attom, said in a statement.

“That favorable lending environment for flippers has helped to fuel the recent flipping frenzy we’ve seen over the past five quarters.”

And while the trends reported by Attom are closely in-line with what was happening before the housing downturn, Blomquist pointed out a couple of key trends to keep in mind.

For instance, there is about one-third more cash-only buyers than there were in 2006, he says.

In the Q2, 68.3 percent of homes flipped were purchased with cash. These trends represent a bit of a slowdown on a quarterly and yearly basis, from 71.1 percent and 69.6 percent, respectively.

However, those buyers able to get in on a home flipping opportunity can make out like a bandit, the data show.

Flipped homes in the second quarter of 2016 sold an average $62,000 higher than purchase price — the highest average gross profit reported since the first quarter of 2000.

Five of the top nine home flipping metros are in California

Areas with the most frequent home flips are concentrated in Florida. Among 100 metro areas with at least 90 homes flipped in the second quarter of 2016, Tampa (10 percent), Lakeland-Winter Haven (9.5 percent), Deltona-Daytona Beach-Ormong Beach (9.4 percent) and Miami (8.6 percent) were in the top 10. In Miami — as well as Baltimore, Las Vegas and New Orleans, among others –the home flipping rate was 7 percent.

However, those really looking to make some bang for their buck might look outside of Florida. The highest gross ROI for flipped homes in the second quarter were Pittsburgh (133.3 percent), Allentown, Pennsylvania, (117.9 percent) and New Orleans (111.5 percent).

Some of the nation’s most expensive metros are also optimal for home flippers just looking for a high return and have money for the up-front investment.

In the nine metros throughout the nation, flippers could get an ROI of more than $100,000. Five of them are in California. 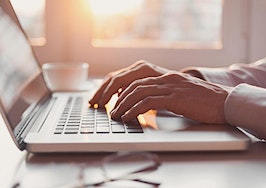 How to build a robust referral program for your business
Back to top
Keep up-to-date on tools and tactics to impress your clients and outshine your competition with the 2022 virtual bundle.Register Now×
Agent Appreciation Sale: Inman Select for only $85.CLAIM OFFER×
Inmanpot
Log in
If you created your account with Google or Facebook
Don't have an account?
Create an Account
Forgot your password?
No Problem