American real estate agents wonder: How can I find qualified Chinese buyers? What’s the best way to market myself to them? How should I interact with individuals who live 12 to 15 hours away from the U.S.?

WeChat (Weixin or “微信”), the most established social media channel in China, is the answer to all of these questions.

WeChat serves more than 800 million users every month — and is growing fast. The app runs on a mobile device and can be summarized simply as Facebook, Twitter and texting combined.

Facebook, an American favorite, is not allowed to operate in China. Twitter is facing the same restrictions and, as a result, Chinese companies have launched their own “Facebook-” and “Twitter”-like social media platforms to fill in this gap.

Many of these Chinese social media channels offer similar functionalities as Facebook and Twitter, but in the Chinese language, of course. Of all these Chinese-born platforms, WeChat has become the no. 1 choice.

U.S. agents who understand the importance of WeChat and how to take advantage of it will have an edge with Chinese clients.

Based on a report published by Tencent Penguin Intelligence and China Academy of Information and Communications Technology in March 2016, the following are some key findings relevant to U.S. real estate agents:

WeChat functionalities: send, call, post, pay — all in one place

And because the app also allows for phone calls among WeChat users, many Chinese use it as an alternative to their normal mobile phone line.

U.S. agents with WeChat installed on their phone can call clients via this channel for free. There are no international roaming charges within the WeChat framework.

Agents can also send WeChat instant messages as they would a text message.

According to the 2016 report, the average number of WeChat daily users is 570 million.

In addition, about 61 percent of users check their WeChat moments every time they open the app, while 58 percent are browsing and posting on their walls on a daily basis.

Over half (53 percent) share information on the app, while a little less than half (49 percent) use it as a resource for reading content.

Agents who are active on the app, or engage someone to run their account for them, can benefit from posting moments regularly on their WeChat wall; those who do are getting strong exposure to Chinese buyers.

Knowing that a large number of WeChat users are looking for information on the platform every day might be reason for agents to become part of this community by sharing details about their city and listings.

More than 10,000 people viewed a promotion that my company ran on eastwestproperty.com within 12 hours after posting.

This is because many WeChat users sent the survey to their friends, who continued to send it along, creating a chain of shares and views. Fifty-five percent of WeChat users have more than 100 WeChat friends.

U.S. agents who want to promote a listing within China may find WeChat useful. Posting a listing on your own WeChat wall works, but agents can also circulate it to their WeChat friends to maximize exposure.

And the good news: 51 percent of WeChat users have indicated that pictures are the no. 1 type of content that they like to see on their wall — which any property post is bound to have.

A cheap way to reach the masses

For more than 40 percent of WeChat users, social media is the primary channel for reading news. More WeChat users consume news on social media than they do watching TV and reading the newspaper combined.

Gone are the days of paying for expensive advertising. Creating a WeChat account to target Chinese buyers of U.S. houses is much more cost-effective than most other channels.

Many American real estate agents understand the importance of WeChat. However, the vast majority of agents do not know how relevant it actually is for their real estate business.

My company uses WeChat for all of our conference calls with Chinese buyers. When we reach out to our member agents in the U.S., we assist them in setting up a WeChat account so they can get on a call with Chinese buyers more easily. And we actually conduct all our internal calls via WeChat as well. 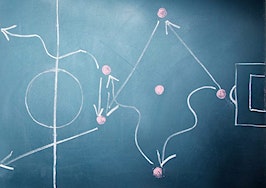 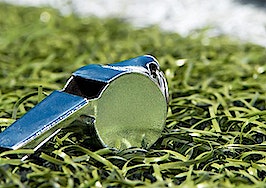