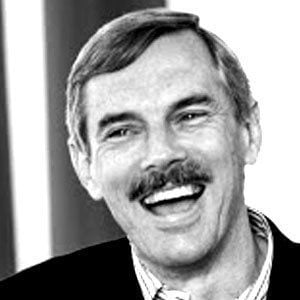 The Swanepoel Power 200 (SP200) annually ranks the 200 most powerful people in real estate along with a series of influencer subsets including corporate executives, power brokers, technology executives, association/MLS executives and women leaders.

In addition to the main power list, the SP200, generated by the Swanepoel T3 Group, recognizes additional movers and shakers in four bonus categories: Trendsetters, Social Influencers and Outside Powers. Emerging Leaders, honoring leaders under 40, was a new SP200 spotlight this year.

In 2016, Zillow Group made headlines for litigation, acquisitions, new offerings and a profit-turning third quarter.

The SP200 explains Rascoff’s top placement as follows: “Seven years into his tenure as CEO, Rascoff, 41, has Zillow Group humming on all cylinders. It operates the world’s most popular real estate site in Zillow, is building a comprehensive data management platform epitomized by the acquisition of Bridge Interactive Group, and saw the company’s market cap climb to $6.5 billion.” 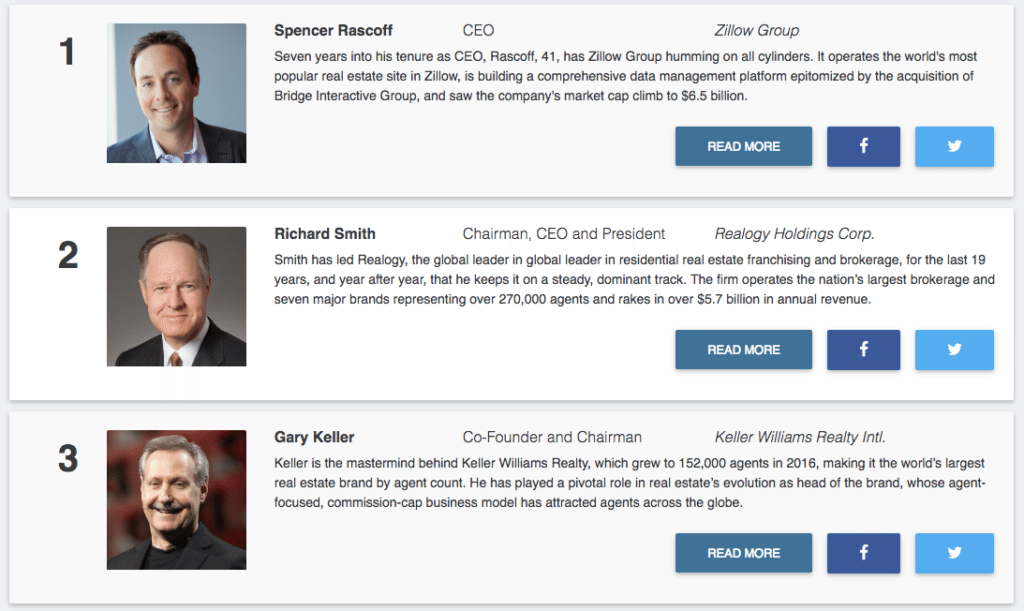 In addition to Rascoff, Zillow Group’s Amy Bohutinsky, who is often considered “the smartest of a very smart group of senior executives” at the company, took first place among the list of most influential female leaders and 10th place overall.

On the main list, Realogy CEO, president and chairman Richard A. Smith, who was ranked as the No. 1 power player for the past three years in a row, ranked second behind Rascoff, followed by Keller Williams Realty chairman, co-founder and “mastermind” Gary Keller in third place.

Leaders from HomeServices of America, Re/Max, the National Association of Realtors, NRT, Zillow and Move rounded out the rest of the top 10. With plans to retire at the end of 2017, Dale Stinton ranked sixth as “the longest-tenured chief executive in NAR history.”

In total, the main SP200 list featured 45 women, two of whom were listed in conjunction with their male business partners.

“In the highest places of leadership diversity is lacking (only 5.5 percent) as are the number of females (only 20 percent),” Swanepoel said in a statement. “Even Generation X has not yet really stepped up to the plate.”

Better Homes and Gardens Real Estate (president and CEO Sherry Chris), along with The Corcoran Group and ERA Franchise Systems all had female executive leadership that ranked in on the SP200’s top 50 overall.

Eleven people listed on the Emerging Leaders list also made the Power 200 main rankings, including:

Finally, Inman publisher Brad Inman ranked at No. 34 on 2017’s SP200, while Inman editor-in-chief Amber Taufen was honored for the first time with a spot on the Trendsetters list. 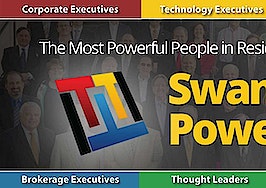 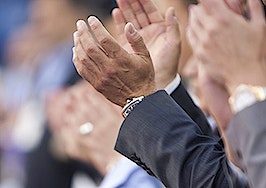 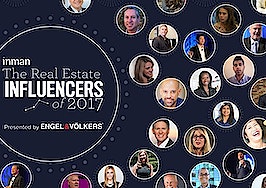