Prospective homebuyers can now use their iPhones in combination with headsets to saunter about 3-D home tours in virtual reality (VR).

Matterport — which provides 3-D home tours viewable on desktop and smartphone screens, as well as in VR — has brought a VR app previously only available for Android devices to iOS, the operating system that powers iPhones and iPads.

The app lets more real estate agents offer a heightened experience of Matterport tours to consumers, potentially strengthening their value to both professionals and homebuyers.

Laurie Weston Davis, broker-owner of Pinehurst, North Carolina-based Better Homes and Gardens Real Estate Lifestyle Property Partners, says her agents will use the app at listing appointments to show the value of their 3-D marketing and to host VR-powered broker open houses.

Users can tap a VR goggles icon in a Matterport tour to activate the app. Then they can slip their phone into a pair of Google Cardboard or Samsung Gear VR goggles, put it on and explore an immersive VR version of the tour.

“This announcement represents another major leap forward for the VR ecosystem as it makes the world’s largest library of 3D Spaces immediately available to both iPhone (Minimum spec is iOS 9.1 and iPhone 5S) and Android users, representing over 2 billion consumers worldwide,” Matterport said in a press release.

A growing number of industry observers believe VR and 3-D home tours will streamline the home-search process, helping buyers narrow the list of properties they want to visit or even inspiring some to buy homes without seeing them in person.

At Inman Connect, realtor.com unveiled new 3-D, augmented reality (AR) and VR features, while Zillow Executive Chairman Rich Barton said that Zillow is investing in VR and hinted of plans for “virtual co-shopping” between real estate agents and their customers.

Matterport is offering CoreVR free of charge for Matterport tours created through June 2017, after which customers will have to pay a one-time fee of $19 to add VR compatibility to a tour.

“Will the consumer actually use it… I don’t know,” said Davis, the broker-owner. “But we can share the link easily if they want to download the app and have a pair of goggles. We also ordered some of the Google cardboard goggles. We are going to logo them up!” 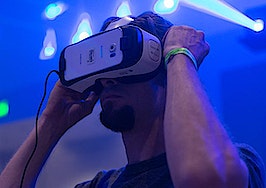 How realtor.com is walking the walk of innovation 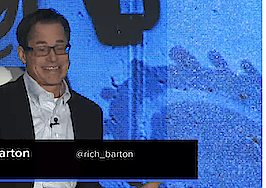 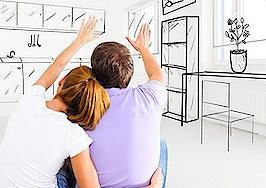 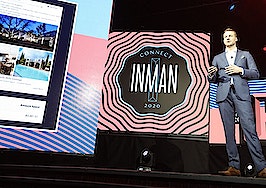