Over the past three years, new homes have been on fire, increasing every year. Last year they were up 12.2 percent over 2015 and reached the highest annual total since 2006. With every sales increase, new homes are helping to fill the inventory deficits that plague most markets.

However, sales could have been even better.

A new study by one of the nation’s leading housing economists for the Research Institute for Housing America, a think tank operated by the Mortgage Bankers Association, raises even more reasons to be worried.

The study, by Professor Stuart S. Rosenthal of Syracuse University, investigated the market dynamics of houses as they transition from ownership to rental and vice versa.

His analysis of the housing boom and the bust recovery found that shot-term transitions, such as the conversion of foreclosures to rental, are very sensitive to changes in market conditions, such as falling price changes that may create defaults that transform homes into rentals.

Moreover, he believes short-term transitions, like the boom in single family rentals, can be reversed if market conditions revert back to their previous values.

One of the implications of his research is that the transition of homes from ownership-to-rental may delay the recovery of new home construction because as markets recover, a portion of the newly transitioned rentals will quickly revert back to ownership as prices rise and investors take their profits. These homes act like a buffer on demand for owner-occupied housing and have the potential to delay recovery of new construction.

While home prices are returning their 2006 peaks, permits for single-family construction are still far below their 2005 peak. Moreover, he believes the worst may be yet to come, since more homes are still transitioning from ownership to rental than from rental to ownership.

So if he’s right, the return to 2006 -level prices is a sign that market conditions are reversing and heralding the coming transition from rental to ownership. 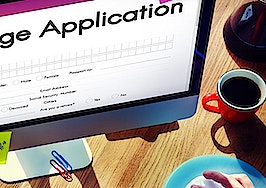 How to get your buyer's offer (or counter-offer) accepted 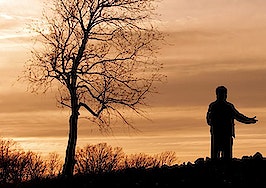 The return of the prodigal single-family rentals