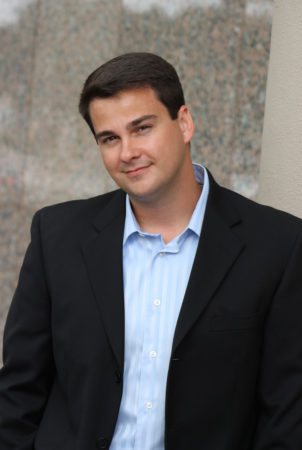 He prefers to describe Fathom, which started in Dallas-Fort Worth in 2010, as a full-service brokerage that offers the industry’s best commission plans.

The beginnings of Fathom

Harley had the idea to launch Fathom after being a real estate agent for a relatively short time in 2009 with Keller Williams, followed by an underwhelming experience with a 100-percent commission brokerage.

Though he thinks very highly of the franchisor, after a year he felt he was providing all the leads and was beginning to resent the commission split. So he decided he would try the team with a 100-percent commission brokerage based in Houston.

The company is no longer around, and it wasn’t a great experience for Harley.

“They had around 1,000 agents but offered nothing. They turned out to simply be a license warehouse, and their support was deeply lacking,” he said.

“It was disappointing because I saw huge potential in this model but recognized that they were too inexpensive. There wasn’t enough revenue to provide proper training, technology or even adequate support.

“I decided there had to be a real estate model that bridged the gap between the large traditional brokerage who took large commission splits and the 100-percent commission model where you paid nothing but received nothing.”

The former marine received his broker’s license shortly after his two-year anniversary as a Realtor and officially launched Fathom in January 2010.

The idea was to provide everything the large traditional brokerage provided while charging a low commission split modeled on 100-percent commission companies.

“The 100 percent model wasn’t new, but up to this point I had not found one who I felt was doing it right, and I was determined to fix that,” he said.

“We have a monthly fee and a simple transaction fee. That’s it. E&O [errors and omissions insurance] is included. A lot of our 100-percent commission competitors tout low transaction fees and then add layers of other fees, effectively nickel-and-diming an agent to death.”

Fathom offers everything that a traditional big box brokerage offers and is working on some big proprietary tech for 2017, he said.

What he doesn’t provide is offices — and he doesn’t apologize for this because they are rarely used by agents, in his experience.

“The truth is, technology has advanced so much that agents do not need the office space and if they could choose between a big office or better commission splits, they would almost always opt for better splits,” he said.

Tips on how to choose your 100-percent brokerage

While Harley believes there is room in the market for a number of brokerage models, he believes the 100-percent commission model will be no. 1.

Other players in the 100-percent commission, agent concierge space is San Diego-based Big Block Realty, which came in at No. 26 on the 2016 Inc. 500 as the second-fastest growing private real estate company (and the highest-ranked brokerage) on the list, and JP & Associates Realtors in Texas, ranked in the 400s in the 2016 Real Trends 500 by volume in 2015. Fathom has been featured in the Inc. 500 list for three consecutive years.

And as more and more competition comes in from new companies such as GoldenKey and Opendoor, who are knocking down the commission rate, agents will need to move to more 100-percent commission companies to be able to compete and make a living, Harley said.

“We’ve seen commission rates down as low as 4 percent. I believe we are the future for traditional Realtors.”

Harley gives some advice on how agents should choose the right 100-percent commission brokerage for them.

“If you are a successful agent, then you probably already have your own website and CRM, and you need very little training or support. For you, most 100-percent companies will work — but you want to focus on their reputation and their accounting practices to make sure you get paid in a timely manner.”

A brokerage’s poor reputation can often cloud your own reputation if it is known for dishonesty or is just around to provide a warehouse for agents’ licenses.

For an unbiased assessment of a brokerage, ask closing attorneys and title companies about the brokerage’s reputation.

And ask the brokerage’s current agents about how they are treated.

“Does the broker go to bat for you or throw you under the bus? Do they support you in a timely manner?”

Also, find out what technology and marketing services they offer, and that will help you further offset your own expenses, said Harley, who invests in real estate technology and prioritizes it in the business.

Agents who are not as seasoned or don’t close a lot of business will want to look for a company that will provide them with the training, technology and support they need to maintain their current level of business and to grow from there, he added.

Without the need for physical offices, the capacity for Fathom to expand is wide open.

At 18 states and 62 markets to date, from Dallas-Fort Worth to Richmond, Virginia, to Palm Springs, California, Harley outlines his approach: He only goes to markets where he finds good leaders.

“I do not want to see Fathom grow just for the sake of growth. I want to grow with purpose.

“I have seen too many companies who simply see their agents as numbers on a spreadsheet and as a means to gain power and wealth. I believe this is an unhealthy way of running a business.

With that said, he would like to see Fathom grow to 10,000 agents and 100,000 transactions in the next five years — and this could be a conservative figure.

Last year the business closed 8,500 transactions, a total of just under $2 billion sales volume, and in 2017, Harley is aiming for $4 billion.

Helping agents to be more successful is a priority.

Over 23 percent of Fathom’s agents have been referred by other agents, and in several markets, the referral rate is as high as 43 percent, he said.

High commission means agents can invest back in their businesses

Harley is a big advocate of his agents branding themselves strongly, happy for the Fathom Realty name to be in the background.

It helps them capture more business, and in turn they earn more money.

“That’s healthy for everyone. It also establishes a sense of goodwill. Our agents know that we place them above ourselves.”

The National Association of Realtors’ research shows that only 3 percent of homebuyers chose their agent because of the brand they were with, he argues.

“If I can give an agent everything that a larger brand can give them in terms of technology, training and support, does that 3 percent loss in clients really matter to the agent’s bottom line?”

When an agent joins Fathom, their business typically does not decline, it almost always increases because they have more money to reinvest back into their marketing, said Harley.

Fathom agents are given training on marketing and tips on getting a return on investment, but the best advice Harley gives them is to invest financially in their sphere, he said.

“This is a lead source that can give you the greatest return on your investment and provide the most leads of any other source. Internet leads are more of a supplemental source,” he said.

Strong personal relationships in your sphere of influence are the foundation of your real estate business, and yet it’s the one area that most Realtors are weak in, said Harley.

Give gifts at birthdays and drop by with a honey-baked ham at Christmas or Thanksgiving, he suggests.

Regardless of what it is, it will be remembered and appreciated, he said.

“You can’t be afraid to spend money on your sphere of influence to nurture and solidify those relationships. If you have to spend $1,000 per month but you close three homes per month from their referrals, you can’t tell me that it was not the best money you’ve ever spent,” he said.

In January this year, Harley introduced equity ownership to all his agents.

Said the majority shareholder: “Originally, I gave equity to all our leadership to include our local district directors (area managers), and now I have given equity to every agent in the company. Our agents have helped us grow and become successful, so I believe they should share in our combined success.”

Fathom offers its agents four ways to earn equity. You immediately earn shares when you join Fathom; you earn additional shares for each year you are with Fathom; and you earn shares for every real estate sale you do.

Lastly, you earn shares for every agent you refer and who joins Fathom.

The message is, as you help Fathom grow, so does your equity in Fathom Realty.

Once a Fathom agent’s shares are vested, they can keep it after they leave Fathom and continue to receive distributions, or they can sell their shares back to Fathom.

“It is simple, easy to understand; everyone receives it, and there are no games that we can play with it to avoid paying out,” said the CEO. 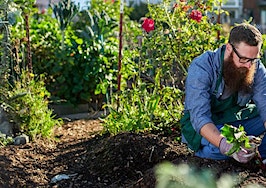 The culture factor: Why a California broker fired half his agents

How to handle anxious clients living with visa uncertainty