Marilyn Garcia has a client in his 80s. She will periodically check in with him, and vice versa. He’s given the Coldwell Banker associate broker in Berkeley, California, an astronomical figure for which he would sell his home, and he keeps adding to it as the market continues to rise.

Marilyn Garcia has a client in his 80s. She will periodically check in with him, and vice versa.

He’s given the Coldwell Banker associate broker in Berkeley, California, an astronomical figure for which he would sell his home, and he keeps adding to it as the market continues to rise.

Bottom line, he isn’t ready to sell (though his family would like him to), but he will be in time. Garcia is not prepared to push him.

The older they are, the more likely clients are going to dig their heels in and want to age in place, according to a report by The American College of Financial Services.

The time when baby boomers are most likely to make the decision to move on from their family homes is between the ages of 55 and 62, said the report. But it’s still a decision they can be conflicted about.

So to Realtors who come across homeowners in this age group — and others who have their own troubles letting go of a home — at preliminary listing meetings, they would do well to have a ready answer if they are initially knocked back with the excuse: “We are not ready to sell yet; we need to fix up the house first.”

1. Manage expectations on ‘the one big project’

Garcia, whose college-professor market is full of baby boomers and retirees hemming and hawing about downsizing, said she finds people can get fixated on one big thing that needs to be done to the house before they think it’s ready to sell, which holds them back from listing.

She’s had clients launch into a big drainage project that drags on. They said “they wouldn’t feel right about selling” without doing it, and she would have advised them against if she had the time again.

You don’t know how long this kind of project can take, and if it pushes you past the optimal selling time, then it can detrimental to the selling process, she said.

Also, a home inspection may reveal that other projects need attention with greater urgency.

2. Solve any hesitation by being the banker

Money can be an issue for these sometimes asset-rich, cash-poor homeowners.

Some agents with big budgets are able to provide the money for improvements and then are reimbursed at escrow, just to get their client moving down that path.

Realtor Anne Mahon, based in Massachusetts at Re/Max Leading Edge’s Arlington office, is one of these.

“I make recommendations and tell them if they do it, I’ll cover costs upfront and they can reimburse me at the close,” she said.

Another who will “front the funds” and be reimbursed at escrow is San Francisco Bay Area agent Nicole Caballero, owner of Bay 2 Pacific Living real estate team, part of Legacy Real Estate and Associates.

In her conversations with potential homesellers, she gives the seller listing price options “A” and “B” to think about.

Her track record — having flipped hundreds of homes since 2010 — makes it easier to back this advice up to a seller, she said.

The improvements and modernization really do make the difference, as people will pay for “turnkey,” she added.

3. Give close consultation on worthwhile upgrades

In Scottsdale, Arizona, a market with many baby boomers “frozen” in place, Jeff Sibbach, leader of The Sibbach Team at Realty One Group, has a design division, which helps the team’s clients with remodeling and home staging.

Sibbach said his business has helped clients with $4 million of improvements over the years and that he prefers to meet with clients before they start spending time or money so they don’t make costly mistakes.

“They hand me a list of upgrades two pages deep, but these are not the upgrades my website visitors are saying they want and will pay top dollar for,” he said.

“We advise people on spending your money where you will get a $2-to-$1 or $3-to-$1 return on the investment. My team will also assist in interviewing, arranging and [scheduling] of all of the work with trusted contractors at a fair price.”

This approach means he can often cut the timeline down from a few months to a few weeks, he added.

People are not necessarily receptive to the advice, however, Sibbach warned.

“When I first starting making recommendations, often people took it as insulting or that I was calling their baby ugly. I lost to others agents that were willing to tell them they could get the price as-is, and 9 out 10 times, they failed.”

Clients can react by feeling disappointed and frustrated, choose to do nothing and seek a lot more opinions.

Sibbach, whose team was just named no. 1 by sales volume at Realty One Group for 2016, stresses that the key to giving advice on upgrades is displaying that you have good market knowledge.

“You must have clear cut examples to get client buy in,” Sibbach advised. “I use past sales to demonstrate or neighborhood comps.”

4. Remodel in proportion to the market

The advice you give on how much to spend on any improvements will depend on the value of homes in your market. In his city of Albany, New York, broker Alexander Monticello almost always advises against major projects.

“I advise people make minimal improvements. In our market, the average sale is $250,000, so major improvements usually provide less than a 100-percent return. The bigger the improvement needed, the more I lean towards just adjusting the price.

“Painting, changing bathroom vanities, cleaning carpets, possibly changing counter tops are some of the more simple fixes that can provide a boost to the listing. But I almost always advise against major projects such as kitchen or bathroom remodels right before you list the home,” he said.

How the aging US population impacts housing 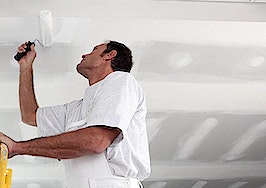