Real estate agents don’t always have to disclose when a violent crime was committed in a home listed for sale — and there are certainly no rules about disclosing the childhood homes of notorious serial killers.

A Tacoma home where Ted Bundy lived beginning at the age of 9 was recently renovated and sold, and some of the stories that the contractor told The News Tribune have readers speculating about which came first — the haunted house or the serial killer? 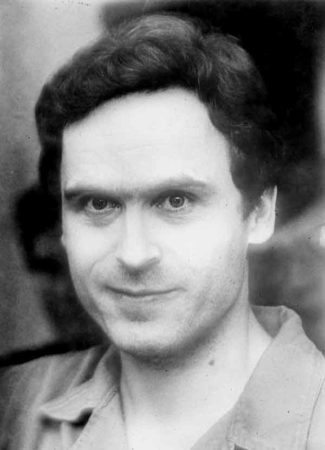 Ted Bundy is a serial killer who confessed to committing 30 murders in 11 different states between the years 1974 and 1978. His preferred targets were young brunette women, and one of his preferred hunting grounds was Washington State, where he killed about one woman a month between January and July of 1974. He was handsome and charismatic, and often used a sling or cast to fake injury when approaching a victim.

He was executed in 1989 after several trials — and escape attempts, during which he often racked up more murders — and spending years on death row.

And he grew up in a four-bedroom home in Tacoma, where he lived with his mother, stepfather and four siblings.

The house in West End

David Truong bought the 1946 build intending to flip it, but he didn’t know anything about its previous owners.

So when contractor Casey Clopton started experiencing some strangeness while renovating the home, he hadn’t received any information from his employer about the home’s history — and it was only after talking to neighbors and asking if there had been a series of local break-ins that he learned about the Bundy family’s former ownership of the property.

Clopton said that he brought his 11-year-old daughter with him to the house when he visited it for the first time in October, and that she started crying. “She said she felt weird. She didn’t like it there,” he remembered. Some members of a demolition crew also expressed discomfort with the property.

Then the usual array of Poltergeist-style activity began — contractors re-entering the home to find all the cabinets and drawers flung open; a heavy dresser inset falling down when everyone was on another floor of the house; cell phones that would get unplugged and immediately die; finding “help me” written on the glass of a basement window and “leave” written in sheetrock dust on the floor in a room with no footprints.

“It was really eerie but really neat,” Pitts told The News Tribune. “We made sure to keep quiet initially because we weren’t sure how people would react to knowing a serial killer lived there.”

Before selling — and finishing the work — Clopton had two pastors bless the house and read scriptures. The contractors wrote Bible verses on the walls and played Christian music while they finished renovating.

“The penciled writing can no longer be seen beneath the fresh paint, but Clopton hopes they will continue to offer protection,” wrote The News Tribune. 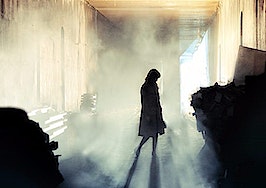 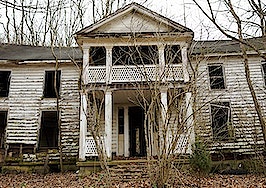