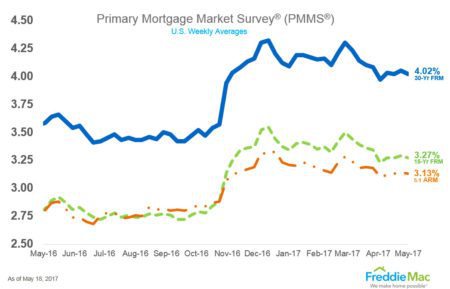 “The 30-year mortgage rate fell 3 basis points this week to 4.02 percent,” said Sean Becketti, chief economist at Freddie Mac, in a statement. “However, this week’s survey closed prior to Wednesday’s flight to quality. The delayed impact of the associated decline in Treasury yields may push mortgage rates lower in next week’s survey.” 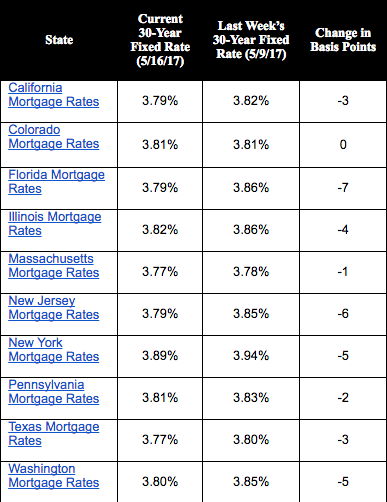 “Mortgage rates climbed to their highest levels since late March before dropping on the heels of weak inflation and retail sales data, which could push the Fed to delay expected rate hikes in the months ahead,” said Erin Lantz, vice president of mortgages at Zillow, in a statement. “Financial markets should be mostly quiet this week, with no major economic data scheduled for release.”

“This report shows that builders’ optimism in the housing market is solidifying, even as they deal with higher building material costs and shortages of lots and labor,” said NAHB Chairman Granger MacDonald, a home builder and developer from Kerrville, Texas, in a news release.