As a precursor to the following comments, let me state unequivocally that I very much believe that a contemporary MLS should be a critically transformative element within the contemporary American real estate industry.

2016 was an active and somewhat controversial year for the MLS sector of the American real estate industry. The 719 MLS units currently engaged across the country were rocked by criticism from both inside and outside of the industry and the marketplace.

Continuing complaints about overlapping jurisdictional matters, dated technologies, irrelevant programs, products and inadequate services were all punctuated by the constant beat of Upstream and AMP (Advanced Multilist Platform) drums, and they kept everyone on their toes.

The problem: No forward progress

NAR, franchises and the large broker community put forth massive efforts to drive reform and improve mergers and consolidations for MLSs, but their labors resulted in few improvements, if any.

Despite holding dozens of expensive meetings in hotels and resorts across the country, 2016 generated almost no forward progress with respect to making the MLS a positive and contributing factor in the industry.

I find this state of affairs inappropriate as well as personally and professionally embarrassing.

The cause: antiquated methods

In an effort to spur a more creative and innovative agenda for my organization (MLS Listings) in 2017, I invited a small group of industry experts in the areas of operations, design, structure and culture to join me in an effort to identify what factors are contributing to this situation.

I believe the results of that meeting were both beneficial and worthy of sharing within our community.

It appears that a number of factors contributing to the MLS community’s current conundrum can be traced back to the history of the MLS itself.

Even today, all but a dozen or so of the 719 operating MLSs continue to be owned, operated and parented by the same local association that originally gave birth to them. It is true that some have escaped association control and have managed to morph into regional or business centered entities, but that is not the norm.

Just as the original MLSs reflected the values of their parent associations, the fact is that today over 700 of these organizations are still operated in strict compliance with their parent organization’s traditional values, which haven’t changed much over the past 50 years.

Today, the industry has accepted the fact that one of many things that has to change is the continued existence of over 1,200 local associations. The industry also recognizes that many of its current threats and challenges have been caused by a lack of change and adaptation, which are so critical to survival in this current disruptive environment.

To be more specific, the following points represent well-established values that form the foundation of the traditional Realtor association.

The traditional Realtor association and its MLS

Each of my observations points to the need for a shift in industry standards. What was fine in our “family” of traditional associations and MLSs is not fine in today’s global, more sophisticated, and highly competitive environment.

I suggest that we more closely study successful service-oriented businesses and begin to tangibly build those models.

This type of MLS has broken free from the mothball-covered industry bondage that dictates who will lead and how.

From the very beginning, emancipated MLSs:

It is now clear why, over the past few years, executives representing emancipated MLS operations have had so much trouble convincing their traditional brethren to create MLS leadership positions within the new real estate industry environment.

Bucking tradition and changing culture are not tasks for the faint of heart, and those who do these things are often seen as a threat by those comfortable with the conformity of a traveled path.

The risk or reality of being quietly ostracized looms over those who truly desire new practices and standards, but we cannot continue to tolerate declining practices.

After taking a hard look at what we have been tolerating, we can better understand our own dilemma, and we can see why an institution with as much organic strength, natural potential and perfect positioning as the emancipated MLS has been unable to find opportunity and overcome challenges of the new real estate marketplace.

The simple fact is that there are 42 traditional voices either defending or complaining about the status quo for for every emancipated voice seeking reform and the realization of potential.

It is abundantly clear why and how these traditional folks can attend meetings without comment or contribution: Doing the same thing requires little effort or attention — all they need to do is show up.

Change is difficult and exhausting, not rote. Effective change requires difficult meetings that challenge the imagination and stretch the mind.

Finally, it is clear why the traditional set is neither interested in moving in new directions nor in becoming part of the new industry solutions.

It isn’t their fault — it is just how they are wired.

Moving forward will be anything but easy.

While we are denied the possibility or the advisability of a national MLS, it should be even clearer to those from the emancipated set how simple and relatively unrestricted such a move would be.

The fact is that the traditional set is simply incapable and unwilling to field any matter of effort to protect itself. They are also unwilling to work to protect their subscribers and the organizations that have supported them all these years.

The real question thus becomes whether or not the emancipated MLS movement should aim to protect its own investment and take a well-deserved position in the new real estate industry and market space.

There is time left.

The current status of the Upstream Project suggests the likelihood of a vacuum created at some point in the next 10 months.

The emancipated MLS movement should seriously consider using its strategic resources to enter the race. There should at least be a discussion.

James Harrison, RCE, CAE is president and CEO of MLSListings Inc. You can follow him on Twitter @mlsjimharrison. 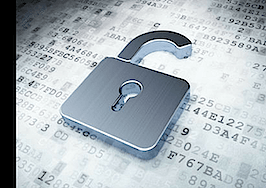 It's time to set the MLS data free