by Greg Robertson
Share this article
You successfully shared the article.
Close

Just when you thought the Upstream shift might foster a new spirit of collaboration in the real estate industry, the guns were drawn again with National Association of Realtors (NAR) CEO Dale Stinton’s combative rhetoric, as NAR approved an additional $9 million in funding for the scaled back version of Upstream at the Realtors legislative meetings in D.C.

Here the hosts of Industry Relations, Rob Hahn and Greg Robertson, talk about the fallout from the Upstream announcement and subsequent doubling down by Stinton at the board meeting that followed. As always, they each have a unique take on the motives of NAR and how Upstream’s CEO might approach his role moving forward.

Listen in as they discuss the ambiguity around the project now that Upstream will allow brokers to enter their listings into their MLSs and how the change in tactics will affect particular industry players.

Click to learn how the antagonistic framing of the big announcement further divided the vendors and MLSs from the brokerages when it might have been an opportunity to mend fences.

Editor’s note: Some statements in the podcast quoted from Inman Deputy Editor Andrea V. Brambila’s reporting were said by Alex Lange rather than Dale Stinton. For more details, read the full article here.

Greg Robertson is a 25-year veteran in the industry, the co-founder of W+R Studios, publisher of the popular real estate technology/industry blog Vendor Alley and host of the podcasts Listing Bits and Industry Relations. 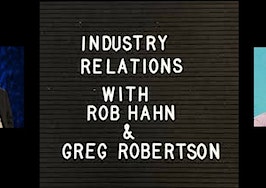 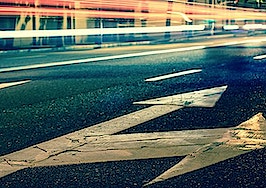 Listing Bits: The Upstream 'pivot' that should be called a '180' 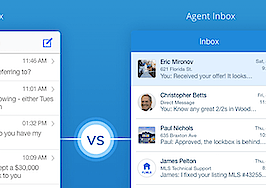