Do you need permission to make fun of listing photos on the internet? That question has real estate pros divided and may lead real estate giant Zillow Group into yet another legal battle over listing photo copyrights. This week, Zillow Group, a company whose market cap currently stands at $8.9 billion, sent a cease-and-desist letter to 23-year-old graduate student and blogger Kate Wagner demanding that that she remove photos obtained from Zillow from her popular architecture criticism blog McMansion Hell.

Do you need permission to make fun of listing photos on the internet?

That question has real estate pros divided and may lead real estate giant Zillow Group into yet another legal battle over listing photo copyrights.

This week, Zillow Group, a company whose market cap currently stands at $8.9 billion, sent a cease-and-desist letter to 23-year-old graduate student and blogger Kate Wagner demanding that that she remove photos obtained from Zillow from her popular architecture criticism blog McMansion Hell.

Somebody help me, Zillow is threatening to sue me pic.twitter.com/mEiQ7ddiqS

In response, Wagner temporarily took down the McMansion Hell site and sent out an urgent plea for help via Twitter. She got it: The Electronic Frontier Foundation (EFF), a nonprofit that regularly sues the government to defend digital rights, has agreed to represent her.

In the letter, Zillow Group corporate counsel Christopher Poole tells Wagner that she is violating Zillow’s terms of use, which prohibit reproducing, modifying, distributing or otherwise creating derivative works from any portion of the Zillow site, including reproducing underlying images from real estate listings on Zillow.

Poole also tells Wagner that she is infringing on the rights of each copyright holder of the images and that her use of the images doesn’t constitute fair use. He further informs her that her activities may violate the federal Computer Fraud and Abuse Act, and “state laws prohibiting fraud and interference with Zillow’s business expectations and interests.”

‘Receiving a notice like this is, of course, utterly terrifying’

In a tweet, Wagner said she and the EFF will issue a response to Zillow “soon” and relaunch McMansion Hell after “maintenance.” In other tweets, Wagner has clarified that the blog has not been shut down, but was taken down to be archived.

The @EFF is representing me. We plan to issue a response to Zillow soon. The blog will be relaunched soon after maintenance is done.

Wagner, an architecture acoustics student at the Peabody Institute at Johns Hopkins University, also posted an official statement to her Twitter page in which she said, in part, “The goal of McMansion Hell has always been to educate people about architecture in an entertaining way” and that her intent in posting the letter from Zillow “was not to harm the reputation of Zillow.com” but to try and find help about how to respond. 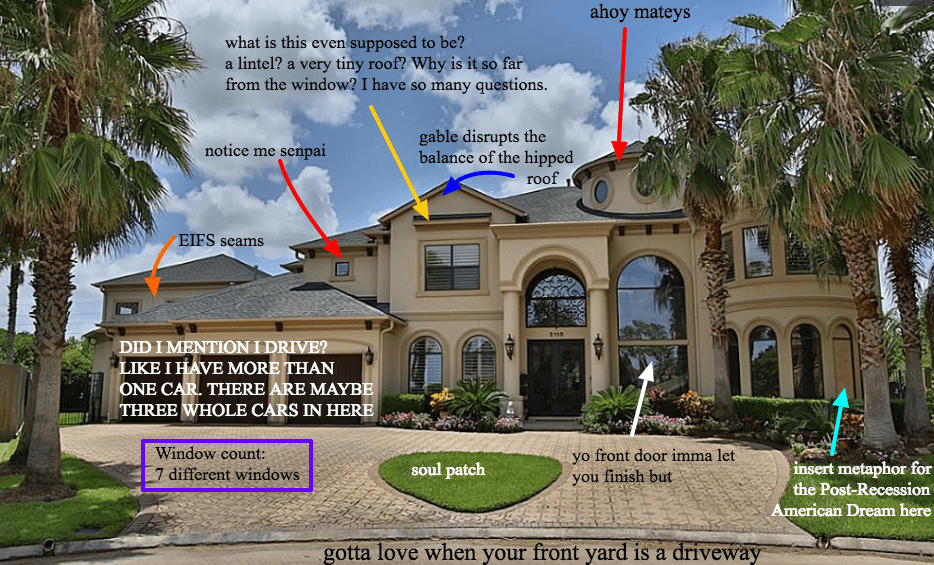 She also said the blog and freelancing gigs associated with it have been her livelihood for nearly a year, “so receiving a notice like this is, of course, utterly terrifying.”

Wagner did not respond to a request for comment from Inman, but on Twitter directed all press inquiries to EFF. In a statement, EFF staff attorney Daniel Nazer said: “We are representing Kate Wagner and will be sending a detailed response to all of Zillow’s contentions soon. We hope that Zillow comes to appreciate that it made a mistake and withdraws its threat.”

Zillow enforcing usage rights ‘granted to us by agents, brokers and MLSs’

Zillow Group declined to respond to a series of questions from Inman seeking to know why Zillow Group doesn’t consider Wagner’s use of the photos fair use, why Zillow Group believes she may have violated the Computer Fraud and Abuse Act and committed fraud, and how Wagner has possibly interfered with Zillow’s business expectations and interests.

In a statement, Zillow Group spokeswoman Amanda Woolley told Inman, “We respect and enforce the usage rights granted to us by the agents, brokers and MLSs who partner with Zillow. Unfortunately, this blog’s use of the photos taken from our site violates our terms of service, and we are obligated to ask that those photos be removed.”

Zillow Group declined to respond to questions asking who owns the copyrights on the photos at issue; what use of the photos Wagner has committed that is prohibited by agreements with the agents, brokers and MLSs that provide listings to Zillow; and whether any of those listing providers have complained to Zillow about McMansion Hell’s use of their photos.

Over the past day, we’ve had a lot of questions from the media about the cease and desist our legal team sent to you. I understand why – your blog is well-loved by its many fans.

I wanted to write to both thank you for taking down the photos, but also to give you a little bit of context around the request.
Mostly, though, I want to stress that we do not want you to take down your blog. We hope you will be able to resume your writing and find other sources for photos.

As for why we requested you remove the photos from Zillow – we do not own the rights to many of the photos on our site, and therefore can’t give permission for third parties, such as yourself, to take the photos from our website for any purpose. We get them from brokerages and MLSs who are advertising homes for sale and through those agreements we have an obligation to protect the interest of the copyright holders who license the images to Zillow.

We are happy to answer any questions about this, and I sincerely hope you are able to find other sources for photos.

Wagner’s satirical use of listing images on her blog could seemingly be covered under Section 107 of the Copyright Act, which defines fair use as pertaining to “certain types of uses” including “criticism, comment and news reporting.”

In its letter, Zillow Group said courts weigh four primary factors in determining whether use of a copyright work is fair use — and that Wagner’s use of the Zillow photos doesn’t meet them. Zillow Group declined to name those four factors, but according to Stanford University Libraries, they are:

According to legal scholar Richard Stim, in the first factor courts consider whether the copyrighted material has been use to create something new (“transformed”) or merely copied verbatim. He says those taking material from copyright work should ask themselves:

“In a parody, for example, the parodist transforms the original by holding it up to ridicule. At the same time, a work does not become a parody simply because the author models characters after those found in a famous work,” he wrote. 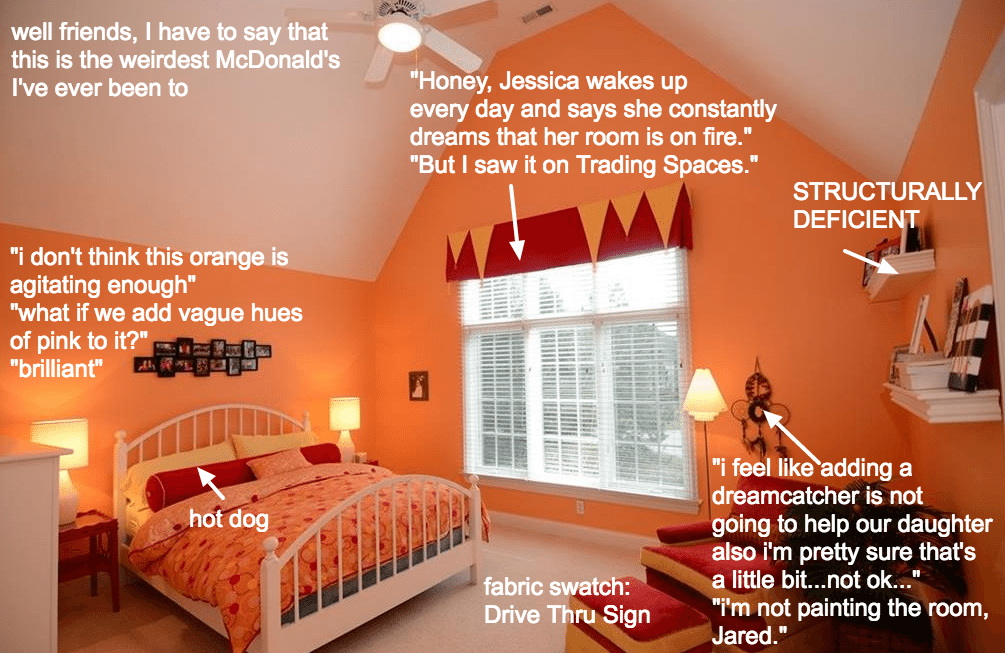 “Purposes such as scholarship, research, or education may also qualify as transformative uses because the work is the subject of review or commentary.”

“Judges understand that, by its nature, parody demands some taking from the original work being parodied,” he added.

“Unlike other forms of fair use, a fairly extensive use of the original work is permitted in a parody in order to ‘conjure up’ the original.”

Many in the real estate industry see Zillow Group’s threat as  “bullying” on the company’s part, though opinions on whether Zillow Group is doing the right thing vary.

The McMansion Hell blog has been a favorite of mine for a long time. Sorry to hear they’re getting bullied. https://t.co/9RsF2guGOh

A  thread on the Raise the Bar in Real Estate Facebook group on whether members sided with the blogger or Zillow attracted several dozen comments.

“For once, I will side with Zillow. She is using photos owned by others for commercial profit,” said Oregon-based broker-owner Garett Chadney.

“I don’t want my listing’s photos graffiti’d at the detriment of my client. She doesn’t have my permission to use my photos just as a Craigslist scammer doesn’t,” added Las Vegas-based agent John A. Brassner. “With that said, courts could surely say it is fair use. However, I side with Zillow for the protection of my clients, my photos, and business in this narrow case.”

Ohio-based Realtor Shaun Simpson said: “Zillow has to do it or risk setting a precedent. I’m not a lawyer and don’t know if it fits under the parody rule but you can’t be selective.”

Others opined that Wagner was covered under fair use.

“I side with the blogger! Before real estate I was in the film industry and I do know a bit about copyright and fair use… I think she can definitely make the fair use claim here as the pictures are ‘satire’ which falls squarely into the spirit of a fair use claim,” said Orange County-based agent Rj Winberg.

“Blogger for the win. Satire and commentary are ‘fair use.’ Zillow’s case is weak at best,” added member Jean Bolger.

“Oh the irony of Zillow claiming unauthorized use of listing photos,” said Vance Anthony Hill, a Washington state-based broker, who was pointing to the $4 million verdict against the company in a photo copyright case lodged by VHT. 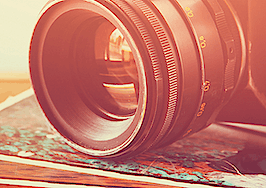 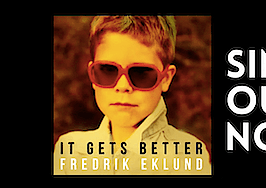