by Kris Miller
You successfully shared the article.
Close

Americans today are feeling increasingly confident in the health of the economy. There is a consistent upswing in jobs, which are at a record high, and unemployment is down to a low rate.

The positive upswing has also reached the housing market, which it’s safe to say, has skyrocketed back from the 2008 recession. Not only is consumer confidence back, but consumers are also hunting for new homes in droves.

But with a current inventory shortage, and a highly competitive market, more and more homebuyers are opting for the luxury market — and not simply as a large investment opportunity; these buyers are settling into the homes as a long-term play and planting roots.

We’re talking legitimate luxury homes, which cost an average of $1.65 million and come equipped with all the expected bells and whistles.

As consumers become increasingly more comfortable loosening their purse strings and investing in luxury homes, it’s important to look at recent housing trends to ensure it’s a stable market opportunity before diving in.

Looking back and moving forward

In the thick of the 2008 financial crisis, consumers were more interested in the functionality of a home, as opposed to aesthetic appearances and additional features categorized in the “want” versus “need” bucket.

We’ve seen this commitment to frugality in the surge of recent trends such as micro-housing and tiny homes, where consumers are committed to living simply as opposed to living large.

Just a glimpse at this tiny house map, which documents both people building and people already living in tiny houses around the country, confirms the movement.

However, this March, we saw some of the first data-driven signs that not only consumers, but also the industry at large, is ready to buck the less-is-more mindset following U.S. homebuilder sentiment hitting 71 — the highest level since 2005 (a score of 50 is the median between positive and negative sentiment).

After a few years of housing market disarray, consumers are steadily becoming more comfortable with investing bigger dollars into a new home.

Although one might imagine luxury homes are only found lining the beaches of L.A. or nestled snuggly in the Hamptons, the renewed optimism in the market has resulted in a flourish of luxury homes in unlikely locations.

In Boise, Idaho, for example, there has been an influx of interest in lavish housing over the past year, with the city experiencing several recent home sales transactions over the $2 million-plus range.

Correlating with the large price tag sales is the uptick of homebuilders to the area.

Construction company Toll Brothers, whose tagline is “America’s Luxury Home Builder,” claimed a stake in Boise in 2016, and it’s been enjoying a steady stream of business ever since, not just in the western state, but nationwide. The company reported double-digit revenue growth at the end of last year.

The unexpected trend of luxury homes popping up in mid-markets continues in California’s El Dorado County, which saw an increase in sales for homes above $600,000 toward the end of last year.

These more suburban-neighborhood friendly mansions are a viable option for consumers interested in living large while remaining in the area of their hometown.

The million-dollar question: To play or not to play

Now is the point in to determine, as a real estate agent, if it’s time get into the luxury market. Although the opportunity for selling luxury homes looks optimistic, like the overall market, it’s still highly competitive.

Here are a few important tips to keep in mind:

The revival in the housing market is bringing new opportunities to consumers and agents alike. If you’re up for a bigger challenge, take the time to invest in your career while the market is hot. 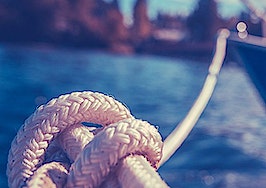