Academic research has often cast doubt on the value of real estate agents, but a new study will come as music to their ears. It suggests that homeowners will net roughly the same proceeds whether they sell through a real estate agent or take the FSBO (for-sale-by-owner) route.

Academic research has often cast doubt on the value of real estate agents, but a new study will come as music to their ears.

It suggests that homeowners will net roughly the same proceeds whether they sell through a real estate agent or take the FSBO (for-sale-by-owner) route.

This makes a strong case for hiring an agent, considering that agents allow homeowners to reduce the work, risk, and time of selling a home, said Dr. Michael Sklarz, the CEO of Collateral Analytics and a co-author of the study.

“Overall it is clear that FSBOs have a low probability of selling, and if they do they will likely net the same or less after closing issues, plus they are more likely to screw up on disclosures which may lead to lawsuits after the fact, when buyers discover material facts not disclosed,” added Norman Miller, who produced the study with Sklarz and is a real estate professor at the University of San Diego. 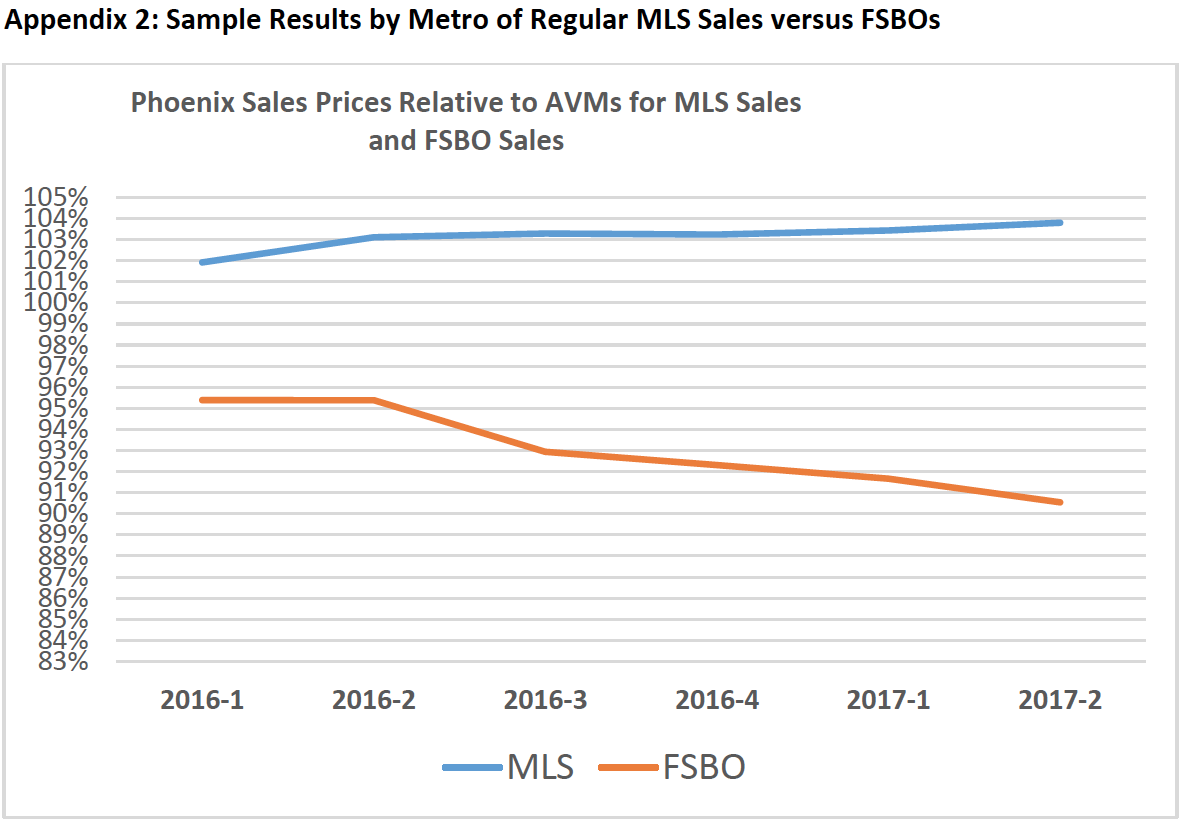 The study looked at more than 200,000 FSBO sales and one million MLS sales that took place across hundreds of markets in 2016 and 2017.

To control for property attributes, such as home size and location, the authors took what they said was an original approach: they compared sales of MLS listings and sales of FSBO listings to automated valuations of those properties.

When they controlled for property characteristics in two other ways, the authors uncovered a similar price differential.

The 5.5 percent differential “is remarkably close to average commission rates,” the authors noted. 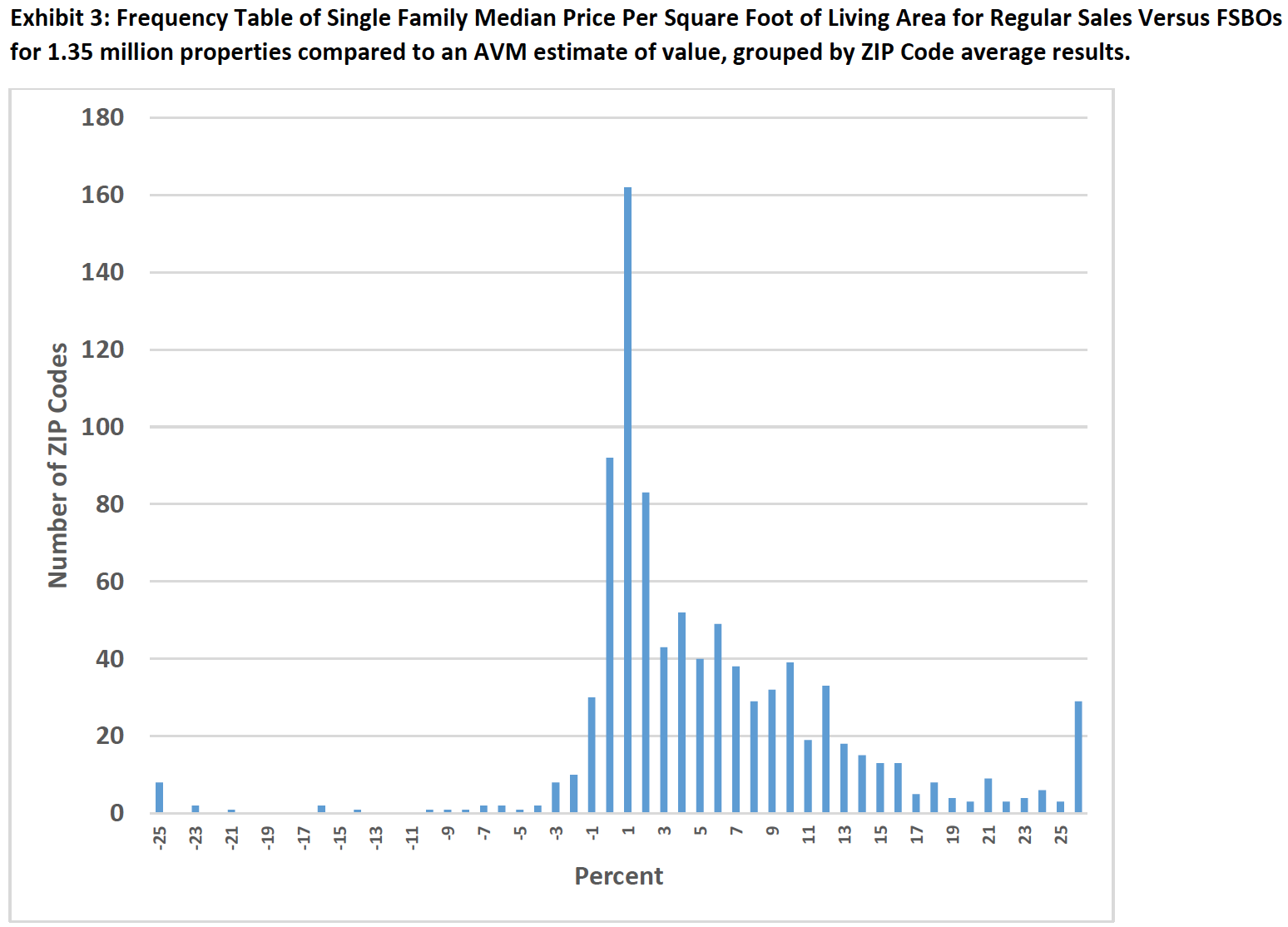 The study offered several potential reasons why agents can produce a price premium.

For one, they possess marketing expertise, including knowledge of how to stage a home and the best repairs to make, the study points out.

Second, in contrast to FSBO listings, MLS listings are generally syndicated to broker websites, exposing the home to a “much larger buyer population.”

Lastly, MLS listings may attract more showings (and bids) because they offer compensation to buyer’s brokers for bringing a buyer to a sale — whereas FSBO listings often do not. 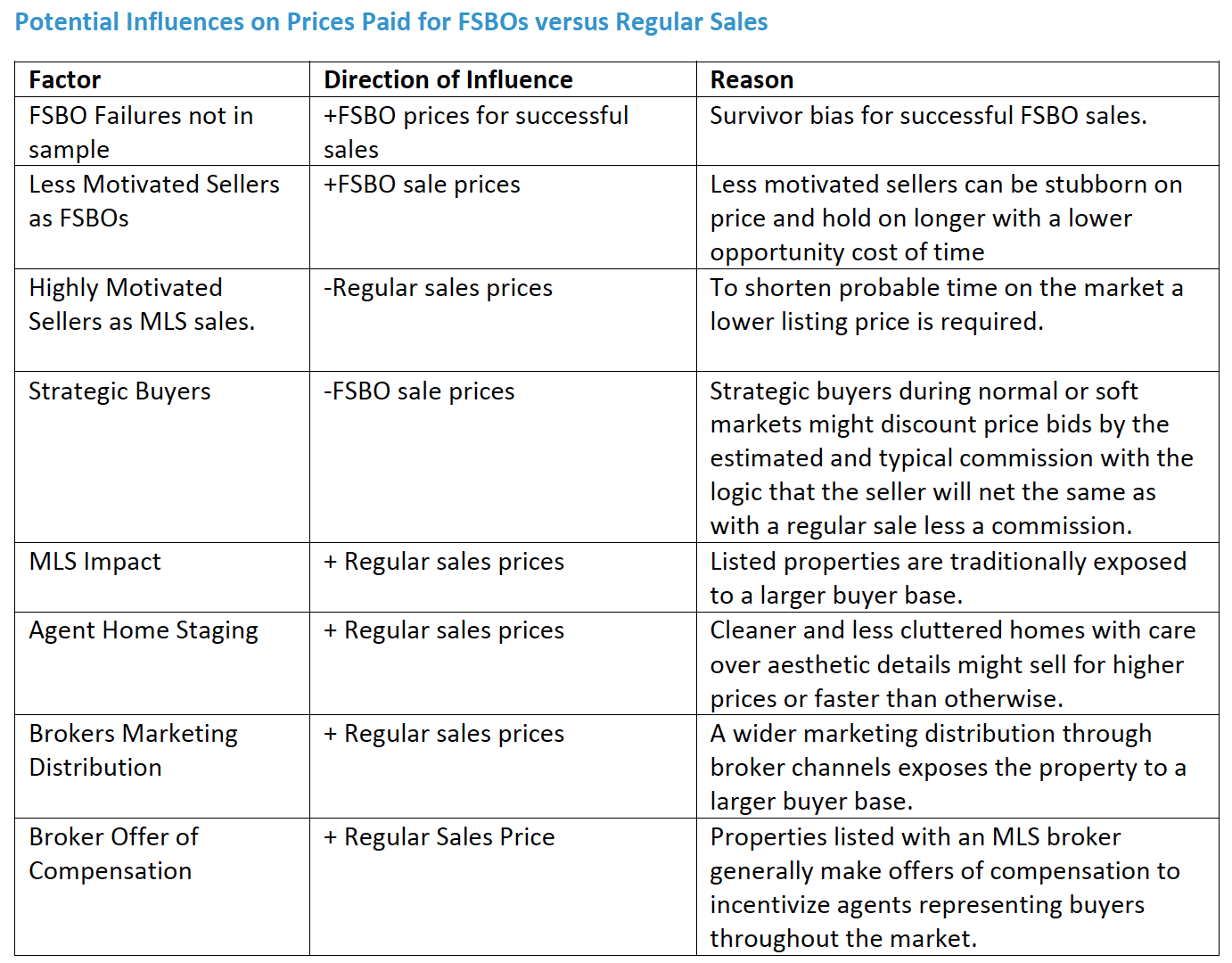 The possibility that “buyers do make low-ball offers to FSBO sellers deducting the entire commission, not just the seller’s portion” from their offers would explain the study’s results, they added.

Sklarz elaborated on this last point by email.

“If [buyers] assume the [FSBO] list price is fair compared to other homes in the market that are listed primarily on the MLS, then they might also feel that the seller is netting the same thing as they would if they had listed it at the same price with a broker,” he said.

“I’ve heard this logic directly from buyers who took the full commission and deducted it feeling that what the seller really needed was a sale and that the net offer some 6% or so below the asking price was a way to provide the same net.”

The analysis stands apart from related academic research in that it essentially offers a ringing endorsement of agents.

Past studies generally have shown that MLS listings sold more often and sold faster than FSBO listings. But they found virtually no difference between the sales prices of comparable FSBO and MLS listings, undercutting the common claim by agents to sell homes for more.

What could account for the contradiction between the Collateral Analytics study and past research?

The authors said that previous studies often focused on one metro area and used much smaller data samples. They also implied that data from past studies reflected abnormal market conditions.

“[We] think the reason is that they used crude comparison techniques,” Sklarz said by email. “That is, they mostly did aggregate comparisons while here we do a micro level individual property control study, the most detailed ever undertaking.”

“Maybe the academics were trying to show that broker’s were not earning their keep?” he added. “We don’t know, but we had no apriori expectation of a result and it just happened that our results show the opposite.”

The study comes with at least two caveats.

First, the company that produced the study, Collateral Analytics, is a provider of AVM software to real estate brokers, among other customers. That would seem to create a conflict of interest.

Second, the study defines a FSBO listing as a non-MLS listing.

However, many FSBO services now allow homesellers to purchase an MLS listing. (They list the properties as licensed brokers or through third-party brokers and provide limited or no additional service.)

It’s possible that FSBO properties listed in the MLS might sell for higher prices than comparable FSBO listings not in the MLS, Sklarz acknowledged, which would complicate the study’s findings. 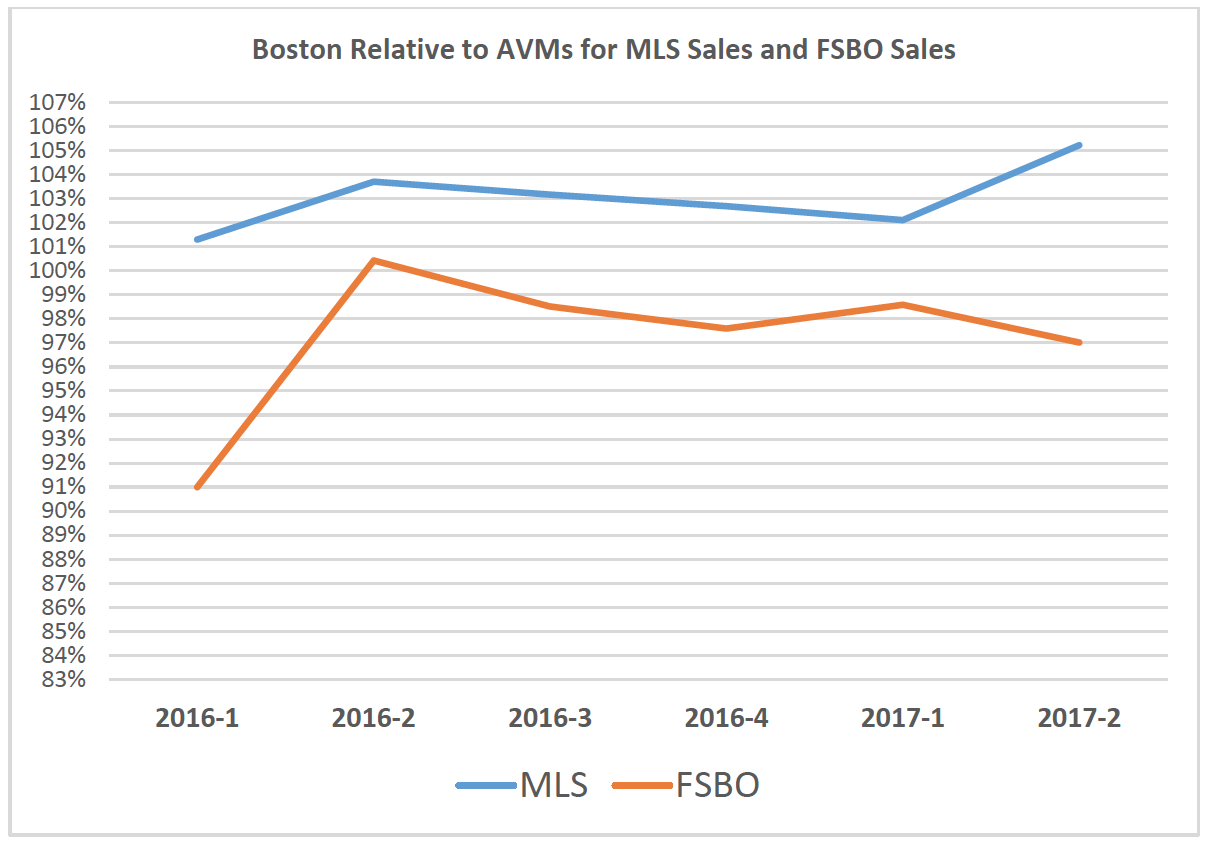 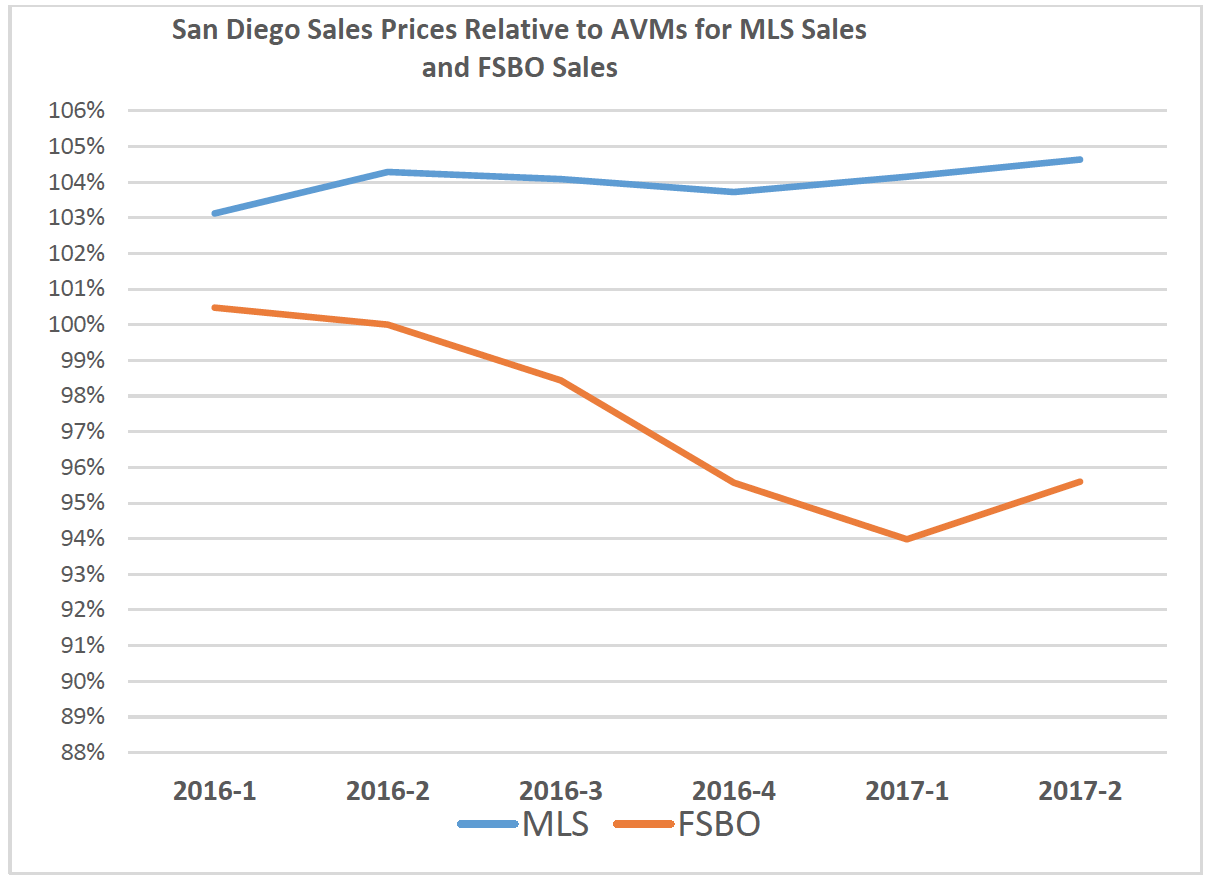 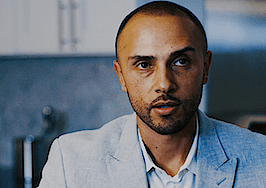 Every agent has a story: Humanize your brokerage to elevate your team 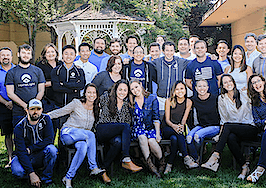