by Mir Haque
Share this article
You successfully shared the article.
Close

As the legal cannabis market is set to nearly triple over the next three years to $22.6 billion, the largest horticultural Green Rush since the Dutch went wild over tulips back in the 1630s is now propelling home prices to a new high in states that have recently legalized this budding industry.

As the legal cannabis market is set to nearly triple over the next five years to $22.6 billion, the largest horticultural Green Rush since the Dutch went wild over tulips back in the 1630s is now propelling home prices to a new high in states that have recently legalized this budding industry.

In some instances, some land prices in certain California counties such as Humboldt have shot up tenfold over the past two years alone, and a recent joint study by University of Nevada and University of Mississippi shows that cities and towns in Colorado that adopted retail marijuana laws following state approval of recreational use enjoyed a 6 percent increase in housing value tied directly to that statute alone after separating legalization’s influence from other factors.

Legal cannabis is now one of the fastest growing consumer industries on record in the past 50 years, and the industry, not surprisingly, is also set to surpass manufacturing in job creation by 2020 according to Forbes.

The prospects of employment, as well as the ability to legally grow and buy, have led to more people moving to states with legalized marijuana, which is boosting home prices in those areas according to the National Association of Realtors.

Although proximity to cannabis production or retail can lower home values in upscale neighborhoods, they can do quite the opposite to struggling small towns in dire need of economic support.

A good example would be otherwise impoverished Southern California town Coachella Valley, which has seen its home values rise for consecutive fifteen months since it legalized production to meet its budget needs.

The key to residential real estate play is to target smaller cities in need of economic revitalization where home price appreciation is likely to be the highest post-legalization.

Prospects of employment and economic boost to the city from cannabis tax revenue and accelerated commerce are highly likely to spike home prices once the legalization takes effect in those towns.

However, with the falling price of cannabis, prohibitive taxes and challenging regulatory environments, these investments are not without risks. Here are a few tips on how to navigate this market safely.

Work with an industry insider and experienced real estate agent

Most seasoned investors involved in flipping homes rely on local industry insiders and experienced agents who know which cities are about to legalize production, which neighborhoods the home price appreciation is most likely and, most importantly, how to sniff out undervalued properties that can be flipped for a quick profit.

Going in without an industry insider and an experienced agent in a political climate with fast moving cannabis and zoning regulations will leave far too much room for error for individual investors.

Targeting cities that are about to legalize production will ensure properties are still undervalued. However, targeting struggling small towns in dire need of economic support where home price appreciation is most likely to be the highest is a smart strategy.

Instead, hold in a three month escrow, and then flip the property once the city legalizes production.

A few savvy investors in Southern California made a profit with relatively small investments by putting in escrow to lock in a low price before legalization and then found a buyer to flip.

In Southern California cities like Desert Hot Springs, many dilapidated and often abandoned houses have been partitioned into multiple living quarters to rent out to low income trimmers and bud tenders, which hikes a much higher rent than a single tenant ever would.

While California and Nevada, for example, are still very much in the “expansion phase,” many pockets within Washington and Colorado are now experiencing a “hyper-supply phase,” and therefore make risky investments for home flipping.

Many investors and industry insiders are hopeful that an exemplary transition toward the recreational market in America’s largest and most trendsetting state, California, will turn up the heat on competing state legislatures in similar budget binds, forcing them to embrace cannabis tax revenue and effectively raising home prices in many cities in need of an economic shot in the arm.

Mir Haque is the CEO of Aphaea Capital, a cannabis venture fund. Mir, a Wharton MBA and a serial entrepreneur, has previously worked for McKinsey & Company, Deutsche Bank, Google and Adobe, and has recently served as a VP of strategy for realtor.com. 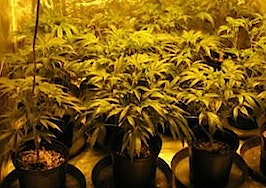 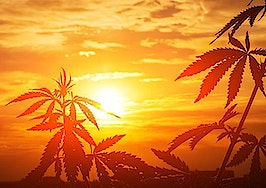