Fear of change seems to be an almost universal part of the human experience. Part of it is fear of the unknown. Some people are more afraid of it than others.

Fear of change seems to be an almost universal part of the human experience. Part of it is fear of the unknown. Some people are more afraid of it than others.

We all know people who fear and resist change so much that they cannot leave bad jobs or terrible relationships.

I think real estate agents are among the most adaptive working professionals on the planet. I know there are some who believe agents fear change, resist new ideas and are in some way holding consumers back from having a better buying or selling experience.

I disagree, and I resist that narrative.

Most of the people I know and work with are fearless. They are the opposite of resistant. They are resilient, adaptable and creative. Usually they won’t resist anything that helps them make money or that keeps their clients happy.

In the real estate industry, and in every other industry, the introduction of new technology has caused a lot of change. There hasn’t been a sudden disruption; it has been more like a slow evolution.

In the short 15 years, I have been in the industry I have seen a lot of changes but nothing out of the ordinary compared to other industries.

People shop for houses and for everything differently than they used to because of the internet and mobile technology. It’s true that bookstores have all but disappeared, and now major retail chains are closing their doors.

The trend of going out of business doesn’t seem to have hit the real estate industry, and it’s a good thing because it’s agent dollars that support innovation.

When I had a job with a government agency, and there were budget cuts, they used to have “change management” seminars. No one ever talked about managing change when there were funding increases or when new programs were approved.

As a group, agents leverage technology

In fact, I would argue that real estate agents are more likely to try a new gadget or app, just to see if it will help them make money. In fact, at times, it seems like everything invented was created just for real estate agents.

Real estate agents were quick to start using Twitter, Facebook, Snapchat and Instagram for marketing. Granted it didn’t always work out, but it demonstrated that many in the agent population are more than willing to experiment, adapt and change rather than resist.

Sure, there are people out there who just cannot catch on to how to use electronic signature systems or electronic forms, and they struggle with the app on their phones that is supposed to unlock key boxes. But it isn’t because they fear change. Real estate agents have an amazing ability to find work-arounds.

Agents get the job done no matter what

Most agents I know are unstoppable, and at times, even ruthless. There is always a way to get the job done, and a good agent will find it. When technology fails, agents just keep working.

Give a real estate agent a crappy piece of software, tell them that they have to use it, and most won’t even bother to complain.

First, they will ask their friends for help, and then they will develop a work-around like using something else or doing without until someone invents something better.

I have observed creative work-arounds that demonstrate intelligence, resilience and a strong desire to succeed. The very same traits hiring managers look for.

When questioned as to why they are not using whatever it is that they cannot use, they’ll say they prefer the “personal” touch or that they don’t have time. They will move on without giving it a second thought and continue to make above average income.

Change is the only constant

If you are a real estate agent, change is an everyday occurrence and the only constant in your life. Clients come and go, and people change their minds. Nothing stays the same; no two days are the same.

People who cannot handle large doses of ambiguity don’t become real estate agents. If they do, they don’t last long.

If I compare real estate agents to small business owners that I know, most agents, regardless of how long they have been in the business, are more comfortable using everyday technology.

Most people are going to resist bad ideas, even if they are new.

Some new ideas in the real estate industry are all about replacing real estate agents. I think most people will resist being replaced. The people who complain the most about agents resisting change are usually trying to make changes that should be resisted.

Here’s my prediction for the future: most people who buy or sell real estate in the year 2027 will do so with the help of a real estate agent. 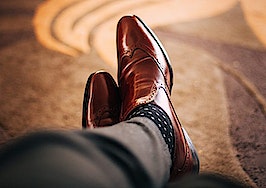 12 terrible habits of top producers that lower the bar 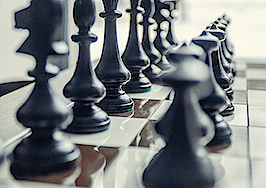 When clients play commission hardball: What (not) to say 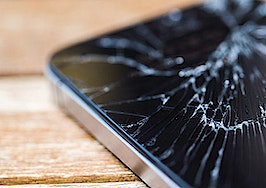 'I'm having tech troubles': How to avoid problems before they start