by Nate Dadosky
Share this article
You successfully shared the article.
Close

So you just got this shiny new listing, and you’re pumped to get it out to as many eyeballs as possible. Naturally, you think Facebook advertising immediately. But do you know if you’re doing it the right way? Let’s find out.

So you just got this shiny new listing, and you’re pumped to get it out to as many eyeballs as possible. Naturally, you think Facebook advertising immediately. But do you know if you’re doing it the right way? Let’s find out.

The most common type of advertising I see real estate agents doing on Facebook is posting a link to their latest listing and boosting it for $5.

Here’s an example of the type of ad I’m talking about (it took me about 20 seconds to find this one). 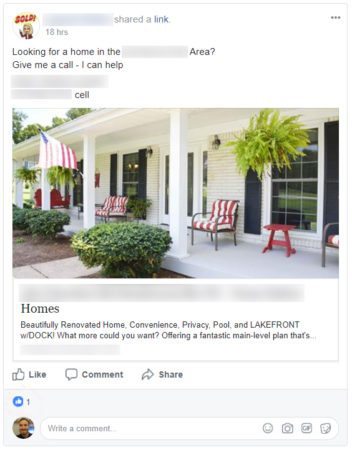 This isn’t a bad place to start if you’re new to Facebook advertising.

It’s certainly better than relying solely on organic reach because Facebook’s algorithm is increasingly limiting the reach of organic posts.

But if you’re serious about using Facebook advertising to generate leads, there are a couple of problems with boosting a post that you should know about.

Let’s look at some of the big dos and don’ts with this ultra-basic form of Facebook advertising.

Instagram has over 800 million monthly active users, and contrary to popular belief, they’re not all 15 years old.

In fact, six out of 10 online adults have Instagram accounts, and 26 percent of Instagram users make more than $75,000 per year.

When I run campaigns for clients, I find that more than 50 percent of the leads generated usually come from Instagram.

Don’t: Try to reach a large audience with boosted posts

The problem with this is that the “Page Post Engagement” objective is not the best choice if your goal is to reach the maximum number of people in your target audience at the lowest possible cost.

Unfortunately, when you boost a post, you don’t have the option to use a campaign objective like “Reach.”

But don’t worry, I’m going show you how to create a campaign with the “Reach” objective toward the end of this post.

When you copy and paste a link to your new listing into a post, Facebook automatically generates the featured image, headline and link text.

The problem with this is that it creates a boring ad — and people don’t engage with boring ads.

As a result, Facebook will assign your ad a low “Relevance Score,” which means you’ll be paying more to show your ad to fewer people.

Instead, you should think about using an ad format that’s more engaging (and looks less like an ad).

What should you do instead?

If you want to take your Facebook advertising to the next level, there are a couple of small changes you can make that will improve your results.

Do: Use the ‘Reach’ campaign objective

At the Campaign level, select “Reach” as your campaign objective. 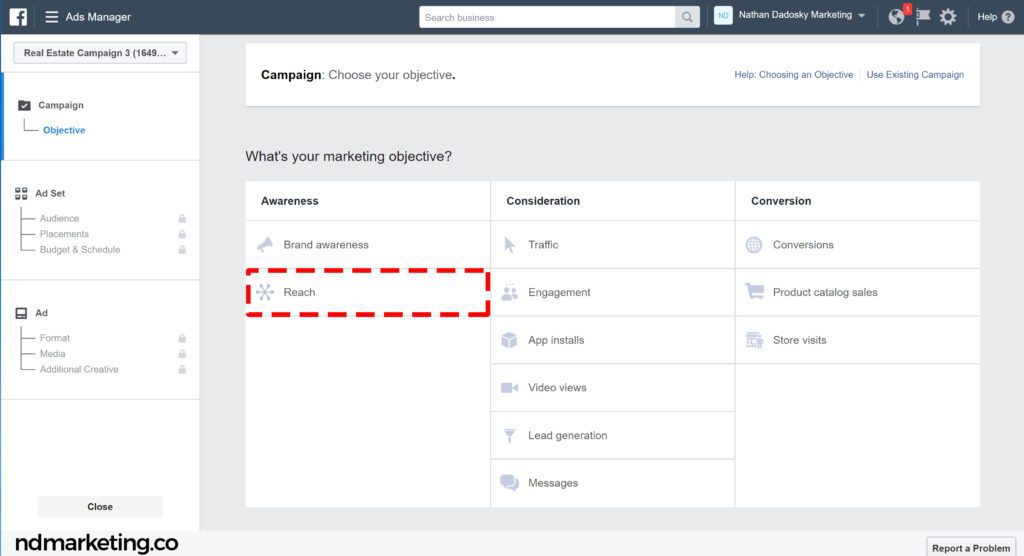 This tells Facebook that your goal is to show your ad to as many people in your target audience as possible for the lowest possible cost.

At the Ad Set level under the “Placements” section, deselect “Audience Network” and “Messenger,” and make sure that “Instagram” and “Facebook” are selected. 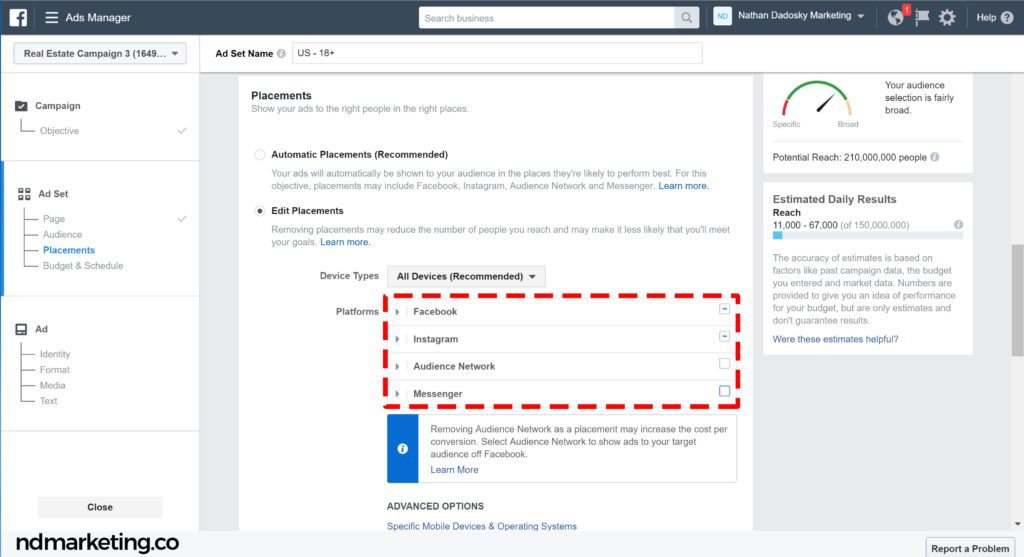 You can set your audience targeting and budget settings as you would if you were boosting a post from your page.

Do: Use a video or carousel ad format

At the Ad level, consider using the “carousel” ad format with multiple images instead of a single image. 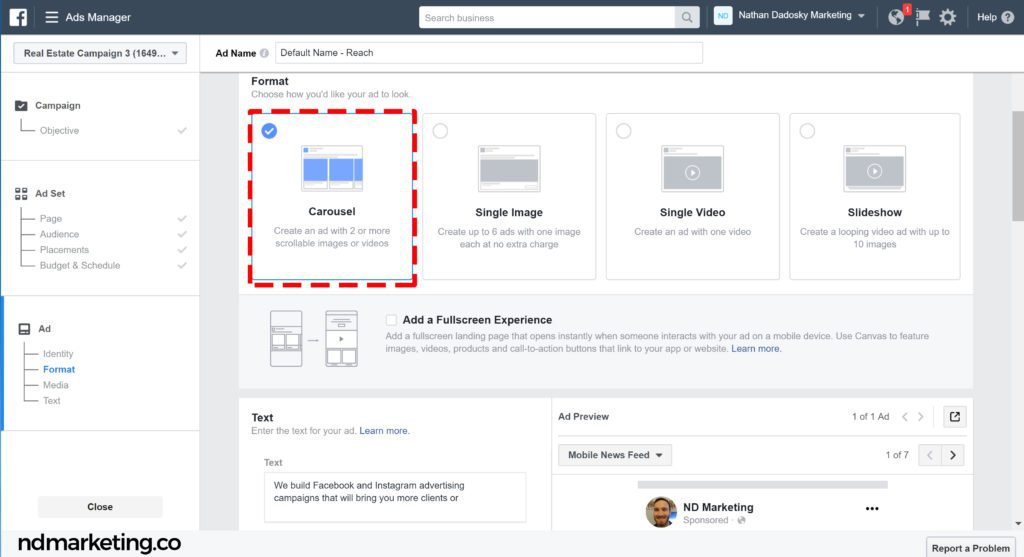 Carousel ads often receive better engagement, which means they’ll receive a higher “Relevance Score,” and Facebook will show them to more people at a lower cost.

I find that the “Single Video” and “Slideshow” ad formats also tend to work better than single image ads.

For the text, headline and link text of your ad, try to give just enough information away to pique the interest of a prospective buyer so they’ll click through to learn more.

This is your chance to stand out from other boring ads, so it’s important that you get creative.

If you want to graduate from boosted post and get serious about your Facebook marketing, you need to be testing constantly.

Test variables like your targeting, ad placements, ad formats and campaign objectives to find out what works best for you and your market.

At the end of the day, the agents who have the most success with Facebook advertising are those who are always testing. 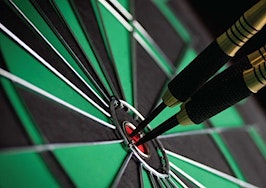 How to grab your ideal clients with Facebook's target audiences 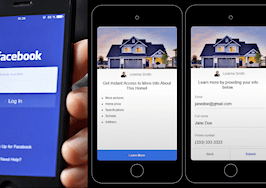 Landing pages are out, Facebook Lead Ads are in