San Francisco Bay Area-based SmartZip, a predictive analytics marketing platform for real estate professionals founded in 2008, has reportedly laid off around 50 of its approximate 150 staff members this week including senior leaders Peter Grace, formerly executive vice president of sales, and Joan Dailey, formerly vice president of corporate marketing, according to sources close to the company.

Grace and Dailey are no longer listed on the leadership team page of the company’s website, as of today.

Grace had built the “sales and business development teams from the ground up” since joining the company almost seven and a half years ago, according to his LinkedIn profile. Dailey had worked there for nearly seven years, her LinkedIn profile shows.

In a phone call SmartZip CEO Avi Gupta would not confirm or deny the number of laid off staff members but said the numbers were “misleading” considering the company has additional workers outside of the company’s base in Pleasanton, California, particularly in his hometown of Bangalore, India, and other pockets throughout the U.S. The company’s website states SmartZip has “150+” employees.

He explained what he called “restructuring” as part of the company’s focus on new markets as well as the clients it has been serving since launching its marketing automation platform in 2010. He cited SmartZip’s acquisition of Reach 150, a company that provides a referral management system, in March as the “culmination” of this refocus.

“We have come a long way and we are realigning our resources,” said Gupta. “In the last year or so we have been gradually transforming the company from offering value to agents and professionals to building products across the value chain — offering value to enterprises, franchises, teams as well as agents and then expanding into lending.” He pointed to the company’s partnership with real estate franchisor NextHome, established in 2016, as one example.

The CEO said that social media marketing manager Judy McHargue would be the new press contact at the company and noted that Grace had helped build the company from the beginning over seven years and done a great job.

Gupta said it was “in flux ” if another executive VP of sales would be appointed as the company already had a head of enterprise VP of sales, Jonathan McGowan, who had been with the company for some time.

SmartZip and Reach150 are both graduates of the National Association of Realtors’ REach tech accelerator program. 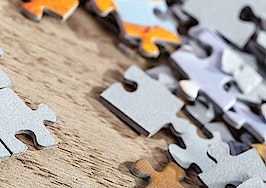 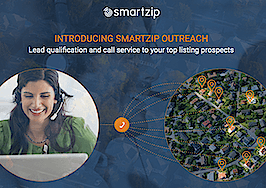