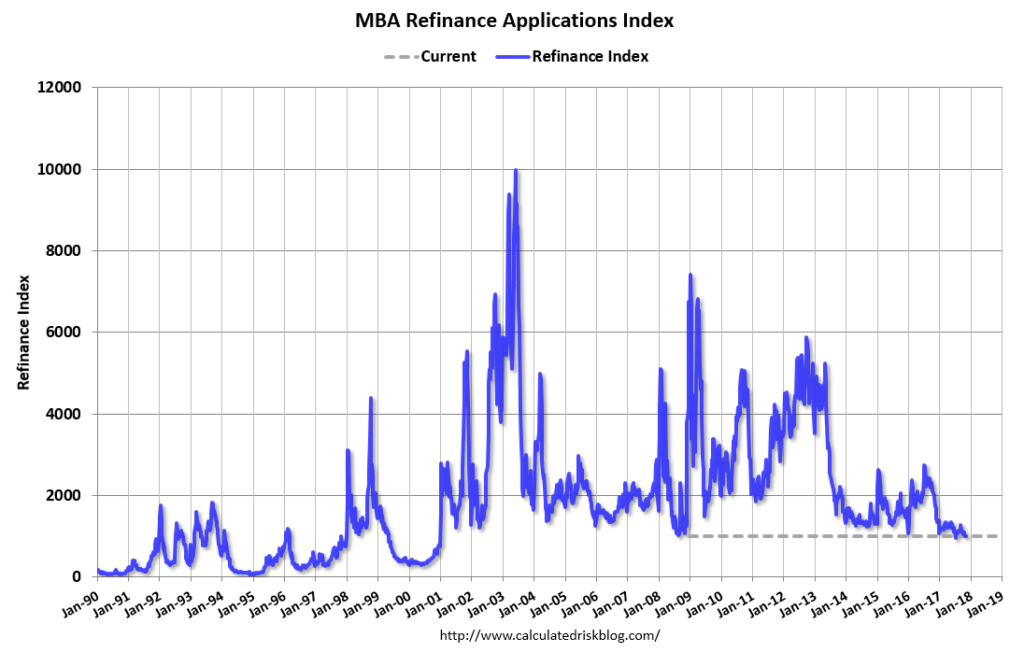 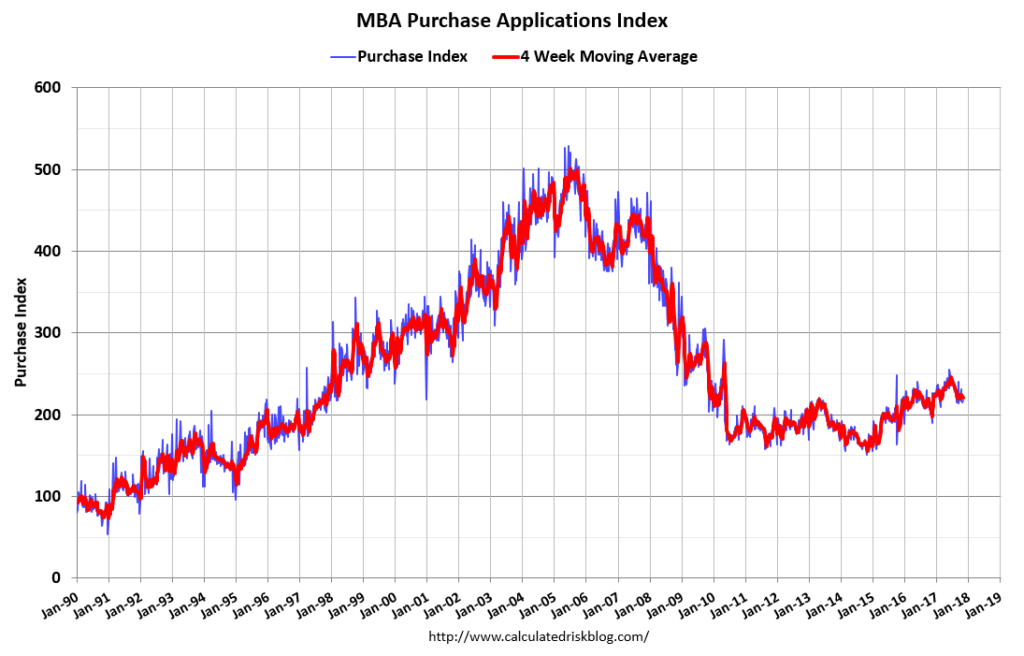 MBA’s Weekly Applications Survey covers over 75 percent of all U.S. retail residential mortgage applications, and has been conducted weekly since 1990. Respondents include mortgage bankers, commercial banks and thrifts. Base period and value for all indexes is March 16, 1990=100. 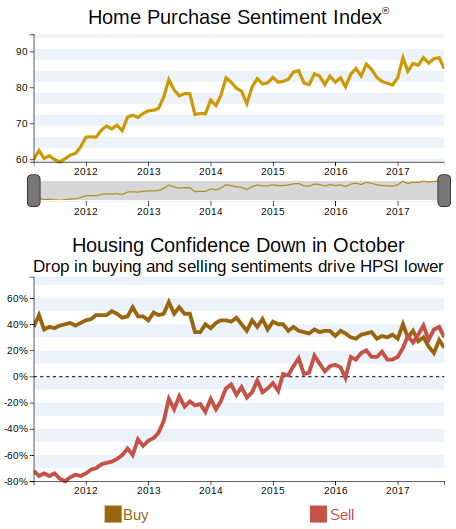 “The modest decrease in October’s Home Purchase Sentiment Index is driven in large part by decreases in favorable views of the current home-buying and home-selling climates, a shift we expect at this time of year moving out of the summer home-buying season,” said Doug Duncan, senior vice president and chief economist at Fannie Mae. “Indicators of broader economic and personal financial sentiment remain relatively steady. Overall, these results are consistent with our view that the housing market will continue its slow, upward grind through 2018.”

“Rising home prices continue to offset the majority of would-be savings from recent interest rate declines, which has kept home affordability near a post-recession low,” said Ben Graboske, Executive Vice President – Data & Analytics, Black Knight. “That being said, when viewing the market through a longer-term lens, affordability across most of the country still remains favorable to long-term benchmarks.” 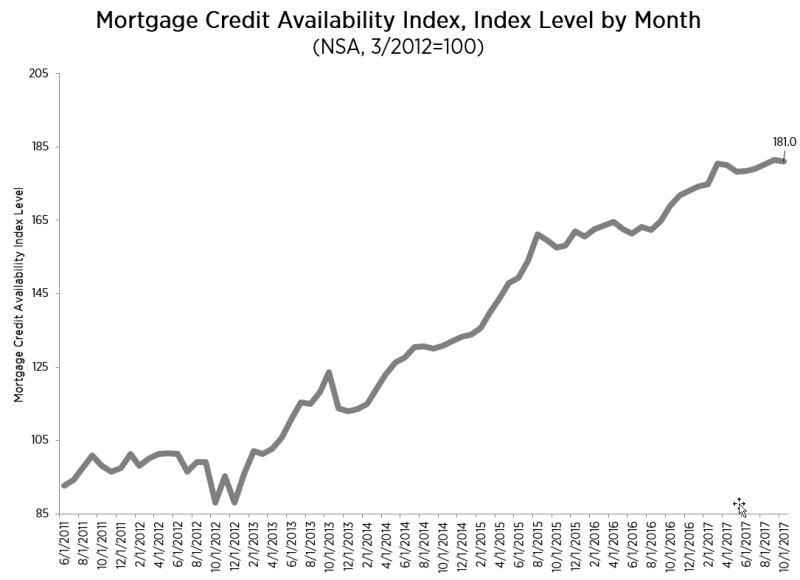 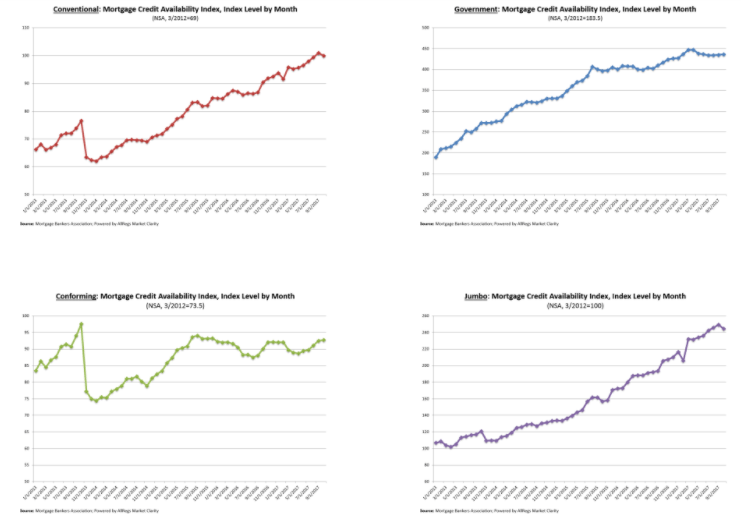 “Credit availability decreased only slightly in October and has been relatively flat for the year to date,” said Lynn Fisher, MBA’s Vice President of Research and Economics. “While government and conforming credit programs saw slight increases in availability in October, a moderate decrease in the number of investor jumbo offerings resulted in a decrease in the total index.”