Are you ready to sell a 3-D printed house on the Moon? How about Mars?

The space agency’s newly launched 3-D Printed Habitat Challenge: Phase 3 invites anyone from the public or private sectors to attempt an autonomous (that’s remote operated) 3-D printing operation of a building foundation, walls and windows, and 1:3 scale model of a full habitat, using only what’s available from the ground (dirt, clay, etc) and recyclables.

NASA is offering $2 million in total prize money for those who pull off the best 3-D printed habitat, and registration is open to anyone for this final phase—even those who didn’t participate in earlier phases can jump in now—through February 15, 2018.

“3-D printing gives you the freedom to design different buildings — it blew my mind,” she said.

Roman described how quickly the technology for building in space is progressing.

“The idea of a hotel in space, for example,” Roman explained. “Maybe five years ago I would have laughed my head off if someone brought it up, but now I wouldn’t. There have been a lot of advances, and the generation coming up now is likely to access the Moon or Mars…it’s not a joke any more.”

In particular, Roman encouraged real estate professionals to play an active role in planning for extra-terrestial habitation. NASA is seeking input and ideas from the widest possible range of skill and experience.

“We want to tap into people who not follow NASA,” she said. “Real estate people are in so many different houses, so they have a knowledge that perhaps engineers don’t have.”

NASA is looking into different types of space-friendly building methods. The focus is on 3-D printed structures because of the potential for building by remote control.

The initial idea is to send pre-programmed 3-D equipment ahead and and use it to build a rudimentary structure, to provide a secure staging area when people arrive.

3-D printed structures also have the advantage of drawing materials close at hand. All that is needed is some dirt and a binding agent.

However, Inman spoke with chemist Scott Nettles of CTLGroup, which participated in an earlier NASA 3-D printing challenge, and he explained that 3-D printing a large structure is more complicated than it sounds.

“Some types of 3-D printing are very precise, but in other types the material can sag or clog,” he explained. “And, as the technology advances, people will be able to incorporate elements that make it more interesting. The winning team, for example, was able to print horizontally, in thin air.”

Other technologies can also be layered on to 3-D printing. Back in 2011, for example, German designer Markus Kayser demonstrated a 3-D printed glass structure that leverages solar power to make glass on the spot, from sand.

Think of the mission to Mars as the perfect opportunity to understand sustainability. Everything has to be recyclable, compostable or reuseable. Everything you throw away becomes a liability.

Earth is kind of like that…we have to start thinking about all the things we throw away.

Roman observed that the upcoming generation has begun assimilating lessons about sustainability at an early age. In effect, they are learning how to survive on the Moon, Mars and beyond — and they are primed for contributing their ideas to space habitation.

“The 3-D Printed Habitat Challenge involves the general population in technology solutions for really hard problems,” she said. “The beauty of a challenge like ours is that developments can happen in smaller chunks.” 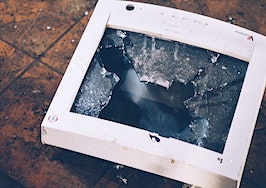 Will the real estate industry go back to the Dark Ages after 2018? 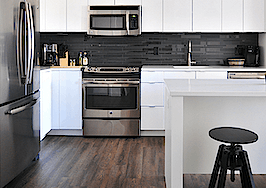 What design elements are millennials looking for in a home?